Halloween at The Ridge and more 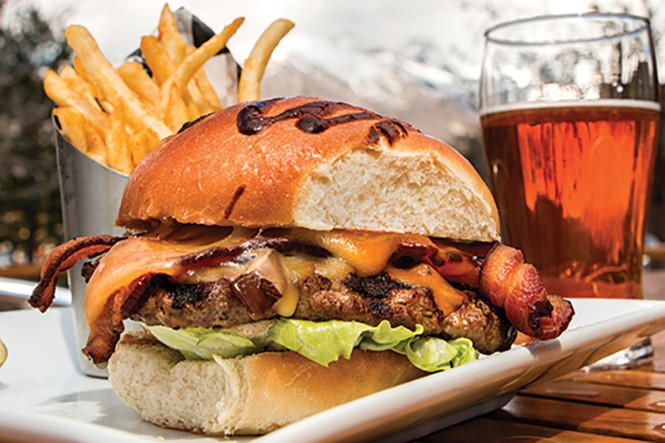 Celebrate Chocolate
Just as your stash of Halloween candy is about to run out, Tony Caputo's Market & Deli (314 W. 300 South, 801-531-8669) presents a night chocolate fiends will find impossible to resist. Caputo's sixth annual Chocolate Festival on Wednesday, Nov. 8, at 7 p.m. is a one-night-only event in which an all-star lineup of local chefs creates original recipes to highlight a featured artisan chocolate—in this case, Lithuania-based Naïve Chocolate. Both sweet and savory dishes are on the menu from chefs including Alicia Pacheco (The Rose Establishment), Courtney McDowell (Pallet Bistro) and Seth Adams & Mark Peterson (Park City's Riverhorse on Main). Space is limited, and reservations are required at caputos.com. Tickets are $60 per person with drink pairings, $40 without, and proceeds benefit the Heirloom Cacao Preservation Initiative.

Rawtopia, New and Improved
Longtime fans of Omar's Rawtopia likely already know that the chef moved his restaurant—with its focus on Mediterranean-influenced local, organic, gluten-free and mostly raw menu items—from its original Sugar House location in late August. The newly re-named Rawtopia Living Cuisine and Beyond (rawtopia.com) can be found at 3961 Wasatch Blvd. in Millcreek, in a larger space with amazing views. Try out one of Omar's dishes where he unironically includes "love" as an ingredient in his recipes.

Quote of the Week: "Switzerland is a place where they don't like to fight, so they get people to do their fighting for them while they ski and eat chocolate." —Larry David