Fifth Annual White Party: Harry O’s In PC
If you’re new to the fair Salt Lake Valley, it would serve you well to see where the stars party in Park City. Take in the fifth annual White Party at Harry O’s nightclub (427 S. Main, Park City) and you’ll be just like the Sundance celebs who crash the state and party on Main. Saturday, July 31, is the date to wear the color of purity, but don’t worry–Ravi Drums vs. DJ Brisk is sure to inspire plenty of dirty dancing on the floor.


Halloween In July: Edge-y Stuff
Some don’t need any excuse to play dress up, but there are those who need the word “Halloween” to wear costumes. People suffering from a costume jones need not wait for October–Club Edge is offering “Halloween in July” on July 29 to fill the need. SLC’s ultra-hot, electro-infused Muscle Hawk will be playing to hoards of characters ready to dress up and party like it’s the 31st of October at 615 N. 400 West, starting at 9 p.m.

Get Tipsy ’n Quizy: Geeks Who Drink
Geeks Who Drink (GWD) mix up the traditional pub quiz with relevant pop culture sound bites and funny quiz questions at several locations– and several nights–valley-wide. Tuesday nights at The Huddle off of Fort Union seems to draw more brain cells than typical for its weekly edition of GWD, and Club Matters was recently there to document the creatively titled teams (“Leather Cheerios,” “What What in the Butt,” etc.) and the talented quizees. (2400 Fort Union Boulevard, 8 p.m.)

Hot Shots from The Huddle:
1. Chloe Jenkins and Ryan Johnson of team What What in the Butt
2. Geeks Who Drink Quizmaster Jesse Brake
3. Leather Cheerios: Megan Hancock, Ian Taylor and Lance McClain 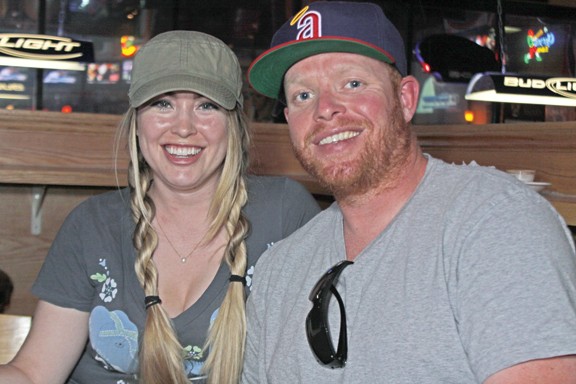 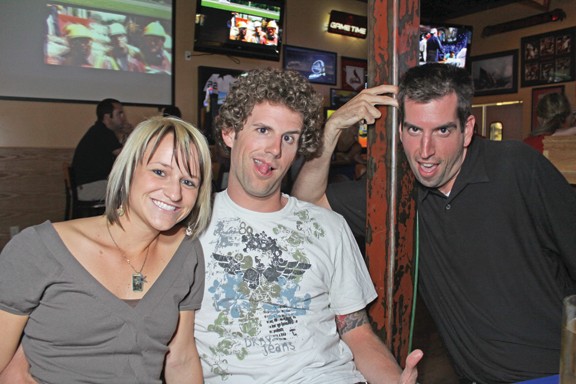