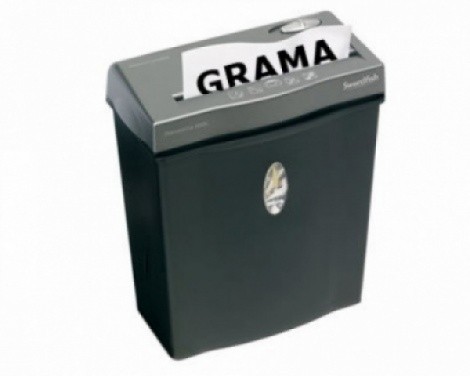 You might remember that little ditty from grade school, but the Utah Legislature forgot the lesson (or are pointedly ignoring it) as House Bill 477 sped through the House and the Senate last week, and was signed by Gov. Gary Herbert March 8 despite widespread public opposition. The bill will make government records less available and more expensive. Click below for City Weekly's coverage of the issue, and check back throughout the week for the latest updates.

The National Society of Professional Journalist's recently "awarded" the Utah Legislature and Gov. Gary Herbert with its first-ever Black Hole award for contributions to government secrecy.

You can sign up to volunteer or donate to the cause to overturn HB 477 at SaveGRAMA.com.

March 24
Green Hole Rally: e-signatures and HB477
- another rally planned to protest HB 477 and the banning of e-signatures in referendum campaigns

Tuesday March 10
City Weekly on the Street: Citizens React to HB 477
-What Utahns are saying about the Legislature's secrecy grab

Tuesday March 9
Private Eye: Status Update
-With all the crazy stuff they're likely texting, it's no wonder the Capitol Hill goons want some privacy.

Monday March 7
Recalling 477: It's Gonna Take a Lotta Love
-The backpedaling on 477 has begun, but how much are legislators willing to grovel?

Saturday March 5
HB 477: Tastes like tyranny
-Why did a bill so big get rushed through the Legislature?