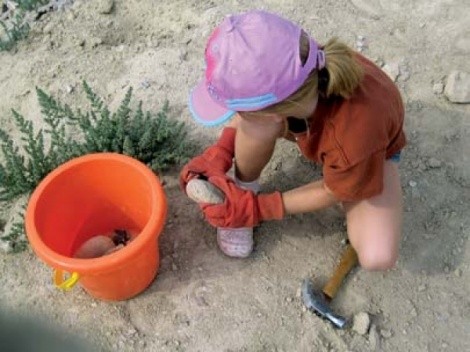 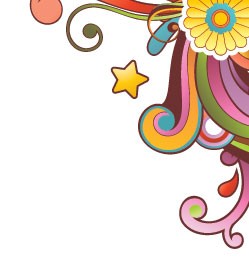 As the saying goes, “There’s gold in them thar hills.” The great thing about Utah is, not only is there gold out there (yes, really, although it’s not all that easy to find) but also geodes, topaz and fossils galore. Several areas in Utah—Millard and Juab counties in particular—attract rock hounders from around the globe. On Utah’s public lands, amateur rock hunters can search for and collect a diverse array of rocks. Check out a few of the more well-known treasure hunting adventures around the state:

Lost Rhoads Mine
The seven sacred gold caverns hidden in the Uintah mountains are Utah’s most famous treasure story. As the legend goes, the mines were originally opened and worked in the mid-1700s by Spanish explorers who relied heavily on the efforts of Ute Indian slaves to collect the gold. In 1850, a Ute leader named Wakara told Brigham Young the secret of the mines’ location, with the agreement that he would only allow one person to know of and collect gold from the mines. Young chose Thomas Rhoads as his confidant, and for the next 50 years, Rhoads—and, eventually, Rhoads’ son Caleb, secretly extracted gold and gave it to the church to help fund its settlements. When Caleb died, the secret location died with him. Since then, many have searched for the clues that might lead them to these legendary mines, but so far, nobody has found them. 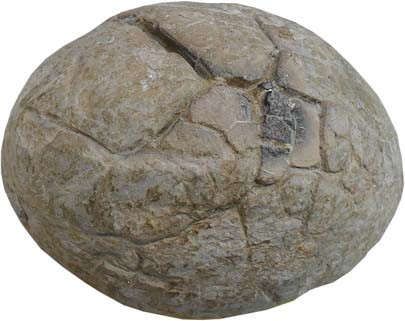 Topaz Mountain
Topaz is Utah’s state gem, and for good reason. Located in the Thomas Range in Juab County, Topaz Mountain yields beautiful amber-colored topaz that can be easily gathered from the cavities of rhyolite, a volcanic rock that erupted 6 million to 7 million years ago along faults in the area. Small pieces of clear amber can be found all over the ground, but there’s a trick to finding the amber topaz: Search for vegetation growing out of the cracks in the rhyolite—this is a sign of weakness in the rock and is usually a great location to find topaz. Probe these areas with a screwdriver or chopstick to find pockets that possibly contain topaz. Another gem that can be found in an area of Topaz Mountain called The Cove is red beryl. Extremely rare, red beryl sells for an average of $2,000 per carat. Small red-beryl crystals can often be found attached to other minerals. Larger, gem-quality red beryl has been found at the Ruby-Violet claims in the Wah Wah Mountains of Beaver County; however, these are private claims and no collecting is allowed without permission from the present claim owners. State Road 174, Geology.Utah.gov/utahgeo/rockmineral/collecting/topaz.htm 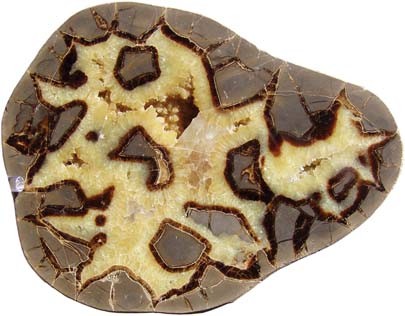 Dugway Geode Beds
The same rhyolite that caused the formation of topaz and red beryl also brought Utah another treasure—geodes. Millions of years of groundwater circulation allowed minerals to precipitate into the cavities of the rhyolite, forming geodes with spherical shapes and crystal-lined centers. The geodes typically contain quartz that can be a clear, purple or pink. A trip to the Dugway Geode Beds makes for a great overnight adventure. The geodes are bountiful and easy to find, plenty of off-road fun can be had and camping is permitted. The road to Dugway follows the Pony Express trail, making for a great opportunity to learn a little history along the way. Pony Express Route, Juab County, Geology.Utah.gov/utahgeo/rockmineral/collecting/rkhd0500.htm

U-Dig Fossils
Featured on Travel Channel’s The Best Places to Find Cash & Treasures, U-Dig Fossils offers some of the richest trilobite deposits in the world. Because of their great diversity and often-perfect preservation, trilobites are one of the most popular fossils among collectors. A family-run private quarry, U-Dig is located near Delta and is open to the public March through October. The staff does its best to make the entrance fee worth every penny, exposing fresh layers of rock on a regular basis, helping visitors find and identify trilobites, and even providing tools, instructions and toilet facilities. 52 miles west of Delta, 435-864-3638, Juab County, U-DigFossils.com

Collectors Organizations
If you believe that one man’s junk is another man’s treasure, then joining a collecting organization is a great way to go. Groups like the Utah Treasure Association offer a forum for hunters of antique coins, bottles and other forgotten items to talk about their adventures and share experiences and finds. They also arrange for speakers to visit the club and they go out together on club outings. It’s a good place for information and ideas if you are new to the hobby, as those who share the same interests can show the best places, methods and tricks for finding what you’re after. Organizations often know the most reliable ghost towns and safest mines to search, and as association member Rick Holt says, “You never know what will come out of the ground. It could be worthless or it could be priceless.” UtahCollectors.com/Treasure.html 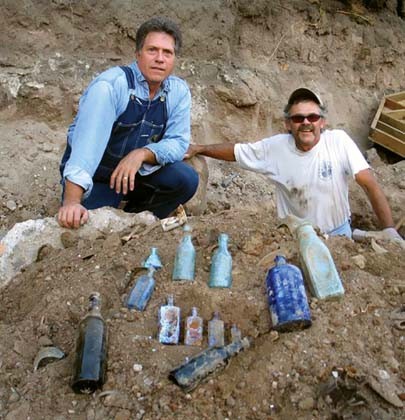 Before you pile the kids in the car and drive to the middle of nowhere in search of lost riches, do your homework. There are clear laws for prospecting and collecting in Utah, and there are serious penalties for violations. Beyond the laws, there are common-sense issues. Preparing safety gear, bringing the right tools and knowing when and where to get permits are all things to consider. But for those who are willing to study the geology, research the land-usage rights, brave the elements and trade hours of utter boredom for one moment of heart-stopping excitement will find an abundance of treasures just below the ground cover, waiting to be discovered.