Experts endorsing prohibition admit they're lagging behind designer-drug developers—and it may get worse. 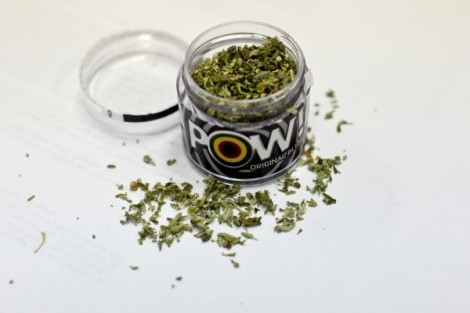 Banning new designer drugs is harder than it looks. With almost unanimous approval in both chambers, the Utah Legislature recently approved bans on spice, a marijuana alternative, as well as Ivory Wave bath salts, a stimulant, but products don’t disappear just because of a vote. Implementing and enforcing those bans—and keeping up with new drugs—may involve considerably more costs than lawmakers can anticipate. As new designer drugs come to market, the war on designer drugs is becoming a costly game of Whac-a-Mole.

The Office of the Legislative Fiscal Analyst wrote that House Bill 23, which bans spice and mephedrone-containing bath salts (pending the governor’s signature), would “not materially impact the state budget” nor result in “measurable costs and/or benefits for local governments.”

But that’s not the whole picture.

In anticipation of the spice ban, Utah Public Health Laboratories made a “building block” funding request of the governor for more than $350,000—plus ongoing funding for half a full-time position—to purchase equipment and train staff, which would enable the lab to test human fluids to detect consumption of spice.

While the lab can test the product itself, human fluid tests are more difficult and crucial to DUI enforcement. Driving while under the influence of the 10 chemicals that make spice products intoxicating is explicitly prohibited by HB23.

“If there’s going to be some substance banned, then we need to think it through so that there is funding to do the testing, to do the law enforcement part of it,” says Gambrelli Layco, the director of Utah’s Bureau of Forensic Toxicology. She said the new machine would upgrade their entire drug-testing system, providing detection of all kinds of drugs at lower levels. Without it, they can’t detect spice in a cup of urine or a vial of blood.

Much of drug-prohibition enforcement relies on such testing. Without funding for lab-testing equipment, spice will remain a stealth drug that won’t show up on the blood and urine tests of drug offenders in drug court who are tested multiple times each week.

Though HB23 will remove spice from Utah store shelves, it does not provide money for enforcement such as drug-testing equipment. The bill’s sponsor, Rep. Gage Froerer, R-Huntsville, could not be reached for comment before press time.

There’s a way around purchasing new equipment: “There does happen to be testing for spice, just not in our state,” Layco says. Such tests can be obtained at private labs for less than $250 per sample, but the costs of prosecuting a misdemeanor spice-related DUI case could climb significantly if the defendant challenges the lab results, requiring prosecutors to fly in an expert from the lab to defend them. “[Testifying at court is] a routine part of our work,” Layco says, and would be required of private, out-of-state lab workers as well. Salt Lake Unified Police Department Sgt. Stanton Van Wagoner, who works with the county’s drug court, says a DUI defendant’s urine sample may be sent to a private lab for spice testing, but that won’t be the case for most drug-court drug tests.

Layco says only two labs across the country currently test for spice, and neither tests for all 10 intoxicating spice ingredients Utah lawmakers banned, which Layco says is only a subset of chemicals believed to give spice products their intoxicating qualities.

Lawmakers also banned Ivory Wave, sometimes referred to as bath salts—which, like spice, also emerged in Utah stores in 2010. The Bureau of Forensic Toxicology cannot test for Ivory Wave either.

The sudden emergence of several so-called designer drugs suggests that the war on drugs has entered a new and more difficult era, one in which lawmakers, doctors and police will need to play catch-up with new chemical products.

University of Utah’s Elizabeth Howell, M.D., past president of the American Society of Addiction Medicine, says she is concerned that a “tsunami” of new legal drugs may be coming onto the market. At least 18 patients she has treated have used bath salts, she told the Feb. 10 meeting of the Utah Controlled Substance Advisory Committee, and the effects are worrying. Mephedrone—already banned in the United Kingdom—is the active ingredient in the bath salts. Dr. Glen R. Hanson, a committee member, is currently studying mephedrone and, based on its molecular structure and user anecdotes, he said the drug seems like “ecstasy combined with cocaine.” In contrast with spice—which he says is “not a very addicting substance”—he and Howell believe mephedrone will prove to be very addictive and damaging to users.

The “tsunami” may be hitting Europe first. The United Kingdom’s Independent Scientific Committee on Drugs warns that 40 new “legal highs” have emerged in the U.K. since that country’s 2010 ban on mephedrone. In 2009, that committee identified 24 new and legal substances people were using recreationally. In 2008, that number was just 13, according a January report in London’s The Telegraph.

“We’re going to have a constant stream of designer drugs coming down the pike until—well, forever,” Howell told the committee.

Doing so could be costly and sometimes misguided. Layco estimates upgrading the bureau’s lab to test for Salvia divinorum, an herbal hallucinogen that nine states banned, would cost around $500,000. Salvia was proposed twice to be banned in Utah, but there is no bill asking to ban it this year, and even Van Wagoner says it’s not a concern. It’s just not popular anymore among users.

“Salvia was of interest a couple years ago, but I haven’t really heard from law enforcement [about] interest for testing for it,” Layco says. “It’s kind of been replaced by spice. Maybe years from now, something else will come up.”

The target will forever keep moving, says the Drug Policy Alliance’s Grant Smith. “It doesn’t take much to alter the chemistry of these substances and get them legal again,” he says. Smith says the commercial success of spice prompted an expansion of designer-drug development. His New York City-based organization is opposed to product bans and criminalization of drug users, believing both are futile and also counterproductive to effective drug regulation. He urged that more money should be spent on drug treatment programs to help users overcome addiction or minimize harm while intentionally altering their consciousness.

Utah currently funds only 20 percent of the state’s need for publicly funded drug-rehab services, and the budget squeeze this year may worsen that situation (see “So many need to go to rehab, but Gov. Herbert’s budget says no, no, no,” Dec. 21, 2010).

When money comes into the debate about designer-drug bans, diverse opinions emerge, even from Van Wagoner, who has made numerous media appearances in the past year warning about spice and other designer drugs. If he had to pick either funding for state-owned lab equipment to test for spice in human samples or more funding for rehab services, Van Wagoner says, “I’d rather put it in rehab. Sure, I’d like both, but if given a choice, I say, ‘let’s put it into rehab.’ And I’ve been the biggest proponent of this bill.”