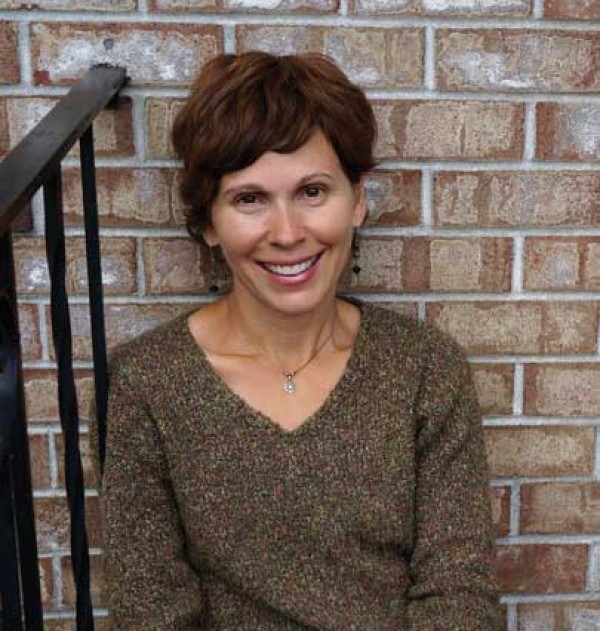 One might assume that growing up in Utah means living in a house with a white picket fence and a childhood filled with church activities. But author Ingrid Ricks grew up in a very different situation. In her memoir Hippie Boy: A Girl’s Story, she discusses her tumultuous childhood growing up in a devout Mormon household, and how she would escape her home life by living her summers on the road selling tools with her father. Hippie Boy is available to order as an ebook or paperback.

What about your relationship with your stepdad made your childhood difficult?

When we were together at morning scripture reading or the dinner table, we couldn’t speak unless spoken to. He dictated everything, and constantly reminded us that as the priesthood holder, he was the head of the household and he was in charge. Sometimes he would dig up scriptures about women obeying their husbands or children honoring their fathers to drive his point home. Another time, he pinned me to his bed and tried to cast Satan from me because I refused to call him “Father.”

He also made sure to guard over my mom when she was home from work so we couldn’t get alone time with her. When I would ask my mom if I could speak to her alone, he always forbid it. He would say that whatever I needed to say to her had to be said in front of him as well. It was awful. The worst is that my mom felt so powerless that she couldn’t stand up to him—either for herself or on behalf of her children.

Was he always that way or did he change over time?

For me, the first real indication that he was bad news was when he prevented me from going with my dad on a weekend road trip, saying that God had told him not to allow me to go. My mom had only dated him for four to six weeks when they decided to get married. They met early December, were engaged mid January, and that incident happened in early February. He wasn’t even married to my mom at that point and they had known each other for all of two months. But he used his priesthood powers and my mom’s complete devotion to the religion as a weapon to keep me from my dad.

How did you mom and stepdad react when you told them you wanted to spend the summers on the road with your dad?

I think they would have said, “Go live with your dad,” except he was a vagabond, so he didn’t have a house. It was just an unsaid rule at that time. The minute school let out, I would go with him and a lot of times, it was the same with Christmas break. I would just fly out to wherever he was; I couldn’t stand to be [home], and honestly [my stepdad] didn’t want me there. I was standing in his way and it was like a war was raging in our house.

What happened when your dad was arrested on an outstanding warrant and your summer refuge was taken away from you?

The day he got arrested was the day that I found my power. The judge said, “This is pretty straightforward, we should extradite him to Texas.” I just yelled out the loudest “No!” you’ve ever heard, and it was honestly like years of no’s that had build up inside me. They just couldn’t take my dad from me. It was not an option. The judge was all flustered and didn’t know what to do and called me up there. He asked the arresting officer what was going on, and when he found out I had been with my dad when he was arrested and that I had been sitting in a car all day, the judge just looked at the arresting officer and said, “How would you like to have your daughter to be treated this way?” [The judge] looked back at my dad and said, “Do you realize how lucky you are to have a daughter who loves you this much?” Then he waited another minute, and said, “I’m letting you out on a fugitive bond,” so he let my dad go. That was the day that I found my voice and my power. I kept looking to my dad for my escape, and I learned that day that I could save myself and it was so empowering. It changed everything for me.

Do you think you’re alone in your experience or is abuse of power common?

I know at least some people struggle with it, because a little over two years ago, I was invited to share my story on a Mormon podcast, Mormon Expression. It was the first time I had actually shared my story. I was told that afterward, there were 30 or 40 people, most of them women, who got on and said, “This is my story.” Honestly, it’s what made me realize I needed to get it out. I’ve had people attack me, particularly on Amazon, saying, “This doesn’t happen in the Mormon church, you’re making it up.” It’s never been my intent to attack the Mormon church. I think there is good and bad in every religion, and I think there is abuse of power in every religion.

Some said your book reads like a work of fiction. Do you plan on writing novels in the future?

No, actually, my background is in journalism, so to me there is so much power in true, personal storytelling. I’ve got so many stories to tell that I wouldn’t even know how to begin to write fiction. The best stories really should read like a story that just grips people and pulls them in, and that was my whole goal to bring people into my world and take them along my journey with me and have them get lost in the story. Now, I’m working on a new book called Determined to See, and in fact I just got a grant for it. It’s about a yearlong quest that I’ve kicked off to heal my eyesight using diet, lifestyle and acupuncture.