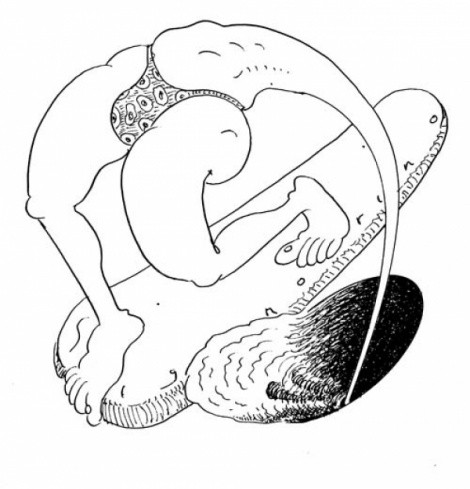 I just read your 1981 column on what would happen if the Earth were swallowed by a black hole. I’m wondering how well this column holds up to current theory. —outlierrn via the Straight Dope Message Board

Not well. In fact, to hear some talk, it pretty much sucked at the time. When my old black-hole column popped up recently on the Straightdope.com carousel of classics, a typical comment went like this:

“There is nothing wrong with having a little fun, but that column doesn’t really give the reader any good information about what would actually happen if he approached a black hole.”

I concede I didn’t approach the subject with 100 percent seriousness, disappointing those looking for practical advice. I was, however, practical in my way. As I went to some trouble to make clear, you personally wouldn’t have any notion of what was happening as you approached a black hole because you, personally, would be dead.

However, this isn’t what the critics want to hear. They want to know what you hypothetically would experience or, at any rate, what your remains would experience, as seen by the mind of God. One wishes to please. What follows are practical instructions on how to make the most of your black-hole experience, even if you don’t actually experience it.

Ignore any supernovas, collapsing neutron stars, accretion disks, etc, that may occur. All of these things were mentioned in the original column as being among the hazards of black holes. I don’t say they don’t have their aspects of interest, but they’re not essential to a black hole. You don’t want it said you got this close to a black hole but then were annihilated by a phenomenon of secondary importance.

Don’t worry about falling forever toward the black hole without ever actually getting there. I said that was one of the possibilities. I acknowledge with shame that I was wrong. The truth, insofar as this can be known about an event that’s fundamentally unknowable, is that it might appear to an outside observer that you were falling indefinitely, for reasons I don’t feel it’s necessary to explore. However, you yourself would rocket through right on schedule, or at least we think you would.

Beware the tides. Here we get to the heart of the matter. You may have heard that tides are dangerous things. You don’t know the half of it. Once you’ve experienced a black-hole tide, you won’t complain about anything else ever again. The essence of the thing is this: The force of gravity, which creates the tides, drops off quickly with distance. The part of an object closest to the center of gravity gets tugged on the most, the part in the middle a middling amount, and the part farthest away the least. The result is that the object becomes elongated, like a football. That’s why there are two ocean tides a day, on opposite sides of the earth.

If the force of gravity is particularly strong, the object becomes really elongated, like spaghetti. You can see where this is headed, and from the standpoint of your health it’s not good. The pull of gravity exerted by a black hole is so staggeringly high that, due to tidal forces, your very molecules will be rent asunder, reducing you, for all I know, to your constituent quarks. This is the quintessential fallinginto-a-black-hole experience, and is your certain fate.

Wormholes are much beloved of theorists. They’re tunnels in the space-time continuum that, theoretically, provide a shortcut from one point in space-time to another, as in the board game Chutes and Ladders. A black hole can, theoretically, serve as the entrance to a wormhole, which seems to offer exciting possibilities. Unfortunately, wormholes collapse as soon as they form, making them impractical as a means of space-time transportation. The theorists have proposed ways of getting around that problem, but this is no time for ivory-tower exercises.

Aim for the biggest black hole you can find. This is the key to successful blackhole surfing, assuming we take a broad view of what constitutes success. If the black hole is large enough, you might be able to cross the event horizon (that is, the black-hole boundary) before the tidal forces get you. Provided you haven’t previously been killed by something else, you may be cognizant, however briefly, of having achieved the pinnacle of the ultimate extreme sport.

NEW: THE STRAIGHT DOPE PODCAST! No time for retro print technology? Listen to the Straight Dope while you multitask! Launch iTunes, then search for “Straight Dope” in the iTunes Store. Click on “subscribe” and Cecil’s latest installment of wisdom will be automatically delivered each week.

Comments, questions? Take it up with Cecil on the Straight Dope Message Board, straightdope.com , or write him at the Chicago Reader, 11 E. Illinois, Chicago 60611.