The 2008 treasurer’s race scandal may not be over, after all. 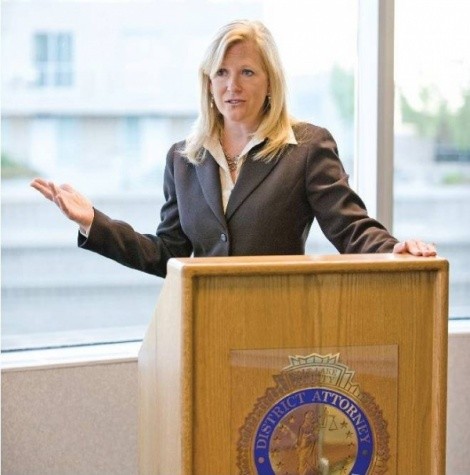 Four months ago, Salt Lake City prosecutor Sim Gill said he was in the process of wrapping up the investigation of onetime Republican candidate for state treasurer, former Sandy Rep. Mark Walker.

The case erupted in 2008 when State Treasurer Richard Ellis accused Walker of offering him a bribe if he’d drop out of the treasurer’s race. In January 2009, Walker struck a plea deal in exchange for his providing information and testimony against others. However, the only new development since then is Walker, who registered as a lobbyist after pleading guilty, has met with prosecutors in April and told them what he knows.

The case continues to fester, and new information shows that the two special prosecutors assigned to the case, Davis County Attorney Troy Rawlings and former Weber County Attorney Mark DeCaria, were not actually empowered to pursue criminal charges outside their own counties. Since the alleged crimes were committed in Salt Lake County, prosecutors needed authority to prosecute their case here.

Thus, the two attorneys asked Salt Lake County District Attorney Lohra Miller to deputize them as assistant district attorneys, which she did in an unpublicized meeting in November. That gave Rawlings and DeCaria the power to investigate felonies in Salt Lake County. It also meant, however, that they were serving at the will of Miller, who had previously declined to investigate Walker because Walker had endorsed her bid for district attorney in 2006.

The Utah Attorney General’s Office appointed Rawlings and DeCaria as special prosecutors because Attorney General Mark Shurtleff had a conflict of interest due to his receiving a $5,000 campaign donation from Walker.

However, Rawlings and DeCaria’s appointments only gave them civil authority to investigate elections law. Thus, they could not issue, as Rawlings says, “subpoenas with witnesses under oath, engage in meaningful plea discussions [nor] offer certain people immunity in exchange for critical information.”

That is to say, they could interrogate only those willing to speak with them. Rawlings and DeCaria did not have the “independent” authority to really look into criminal charges, Rawlings says.

A June 26, 2008, press release from the attorney general’s office said just the opposite. Rawlings and DeCaria would “continue the criminal investigation,” the release states, “to determine if sufficient evidence exists to make a criminal case referral.”

When asked about Rawlings and DeCaria’s limited authority at the Take Back Utah rally on Aug. 8, Shurtleff seemed to think the two didn’t need additional authority. “We don’t crossdeputize them [as assistant attorneys general]. I have statewide authority, they have authority in their own county,” Shurtleff said.

The brouhaha began in May 2008, when Ellis—then chief deputy state treasurer— filed an ethics complaint against Walker, his Republican primary opponent. Ellis alleged that, in March 2008, Walker offered him a $56,000 per year salary increase if Ellis would drop out of the race. In that complaint, Ellis said Walker assured him the offer had been cleared by the person “who could make it happen.”

Following his January 2009 plea, Walker told the media that there was no such person. He also said he never offered Ellis a pay raise, only a guarantee that he would keep his job.

The treasurer’s race scandal was the keystone in this year’s push for ethics reform in the Legislature and also may have played a role in Ellis defeating Walker in the June 24, 2008, primary that earned Ellis 60 percent of the vote.

After Shurtleff and Miller’s offices decided against investigating the case because of their perceived conflicts of interest, Torgenson says he came up with the idea to appoint the Republican Rawlings and Democrat DeCaria.

In July 2008, Rawlings and DeCaria approached Torgenson and Scott Reed, also of the attorney general’s office, to discuss the breadth of their powers. Each was surprised to learn that special prosecutors lack the ability to prosecute any crime, Torgenson and Rawlings said.

Rawlings and DeCaria then announced their intention to seek a grand jury and were declined by a panel of judges. Since Utah law forbids judges discussing specific grand jury actions, there is no public explanation of the denial available.

Torgenson says his office, in theory, could have appointed Rawlings and DeCaria as assistant attorneys general, but he feared that could create the perception that Shurtleff was a “puppet master” who could “pull strings behind the scenes" because appointments can be revoked.

Despite Miller having declined the case initially due to a conflict, she made Rawlings and DeCaria assistant district attorneys on Nov. 24, a matter she says is just a formality.

“I did not have input on how they were handling the investigation,” Miller says. “Not at all. … The investigation was done under the authority of the attorney general’s office.”

On Dec. 4, Rawlings planned to file the first criminal charge in the Walker case to obtain information about the involvement of others. But, he was told by DeCaria on Dec. 3 that Miller had instructed the prosecutors, Rawlings says, “to cease these activities” and take them to Sim Gill’s office.

“That is a mischaracterization,” Miller says. Her only involvement, she says, was to instruct the prosecutors to file their charges in the Salt Lake City Justice Court if all they were pursuing were misdemeanor charges.

Miller told Salt Lake City Prosecutor Sim Gill on Dec. 4 that he had to take the case, Gill says, and that he should talk to Rawlings and DeCaria about it. Gill, a Democrat, was Miller’s opponent in 2006 for the Salt Lake District Attorney position.

A press release sent out by Rawlings, DeCaria and Gill on Dec. 20 said only misdemeanor charges were being pursued, so Gill’s office—which can only prosecute misdemeanors within city limits—was to take the case.

Rawlings, however, now says that the real explanation for why he and DeCaria took their case to Gill was “a need for someone with actual prosecutorial authority in Salt Lake who was willing to perform their duties. … After being satisfied that this case had no other home, Sim was willing to handle that matter out of his office.”

“It was clear it was trickling down,” Gill says. “No one wanted to touch it and they had narrowed the scope of what could potentially be looked at.”

Gill still promises the case may be finished soon. When asked whether any new charges may be filed as a result of information Walker provided, Gill says there are no more charges appropriate for his office to file.

“I don’t have anywhere to go beyond what I can look at, so I don’t really have more to look at.”