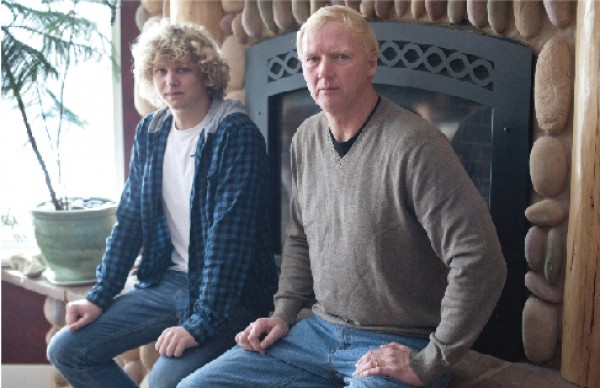 In early 2012, 17-year-old Timothy Halladay was sitting in the driver’s seat of a parked car with an apple, a pen and some marijuana when a Lone Peak police officer tapped on the window. Halladay was arrested and charged with a DUI and possession of marijuana and drug paraphernalia.

By the time he went to court, Halladay had done three weeks of volunteer service in Honduras at a Catholic orphanage and sought counseling. Provo-based 4th District Court Juvenile Commissioner Joshua Faulkner dismissed the DUI as part of a plea deal—Halladay pleaded guilty to the possession charges—and because of Halladay’s efforts to improve himself, Faulkner gave him time served for community-service penalties and suspended his driver’s license privileges for one year.

But Timothy’s parents had not seen what father Bryan Halladay calls “the fine print” at the bottom of the citation that stated that Timothy had 10 days to appeal the citation or the Driver’s License Division would suspend his license for two years.

The Republican legislature’s trade for more liberal drinking laws in 2009 was increasing the penalties for underage drinking and driving. Those stiffer suspension periods particularly affected minors under 19, who faced a two-year (or until they’re 21) suspension for first offenses.

What the 2009 liquor-law overhaul also did, Faulkner said in a 2013 hearing, according to a recording of the hearing the Halladays provided City Weekly, was “something that I don’t think many people understand”—give the DLD the power to revoke driver’s licenses “irrespective of what the court does.”

The “hastily adopted law,” Faulkner said, effectively took away discretion from juvenile judges or commissioners who can “listen to the facts and can see what’s happening in the life of a family and a child.”

2013 legislation curbed suspension periods for minors with first offenses to six months—still 60 days more than adults—but did not apply to Halladay and the nearly 900 other minors, according to a record request, who’d been given two-year suspensions prior to the new law.

Now, new legislation proposed for the 2014 session seeks to include some of those minors, even as questions linger about the power the DLD wields over juveniles’ lives.

A DLD suspension, in effect, has the authority of law. The only venue for judicial review of a minor’s suspension is in district court, not juvenile courts, which has limited authority bestowed by the legislature.

Utah’s system of parallel criminal and administrative hearings on DUI-related issues dates back to 1983, says DLD records bureau chief Kim Gibb, when the DLD was given the power to “remove potentially hazardous drivers from the highway in a more efficient manner” than the slower-moving criminal courts.

DUI attorney Jason Shatz advocates for separate DUI arrest citations: one for the criminal and one for the administrative proceeding, so that drivers understand there are two distinct processes involved.

“If you miss [the 10 day window] out of ignorance, the DLD is really harsh with you,” he says. Police officers, however, he notes, are allowed to file paperwork later than the 10-day window.

The DLD refused Timothy Halladay’s application for a late hearing, so the police officer’s citation and DUI arrest report were, according to statute, sufficient “evidence” to suspend his license, and Halladay found himself having to serve a two-year license suspension for a DUI that was not on his record.

In a September 2013 e-mail to local government officials, Timothy Halladay wrote that his license suspension had put him “basically on house arrest. I can’t go on dates. I can’t drive to work. I can’t see my friends.” He and his father say that he had an opportunity to earn good money installing satellite dishes in another state, but lost it because of the license suspension. He was in “so much debt paying for attorneys that led to a dead end. It’s been almost two years now of me going to court and just trying to be heard,” Halladay wrote.

“I grew up with a drug addict brother,” father Bryan Halladay says. “Nobody takes this lightly. Nobody condones drugs. However, you watch your son make amends, keep progressing, you see him struggle. But then you have a bureaucracy not only fail to relinquish power but actually brandish it.”
The Halladays appealed to district court but were denied because of lack of jurisdiction and lack of a timely appeal.

“I started hearing about numerous cases where this has happened, complaints from all over the state, folks who can’t go on a LDS mission, who can’t get a license, or have a hard time getting a job,” Rep. Doug Sagers, R-Tooele,  said in an autumn 2013 interview with City Weekly.

In the 2013 legislative session, Sagers passed a bill that cut the DLD suspension period for first-time DUI offenders under 19 from two years to six months. The bill also gave juvenile courts the power to end the two-year court suspensions after six months if certain conditions were met.

“This legislative change should help to alleviate the perceived unfairness issue, but still impose a slightly more stringent sanction period for minor offenders, as is supported both by MADD and the Utah Substance Abuse DUI subcommittee,” wrote the DLD’s Gibb in an e-mail to the Halladay family.

The bill, despite Sager’s stated intent, wasn’t retroactive, however. This left the 870 minors with suspensions handed down in the two years prior to May 2013 out in the cold.

Legislation that Sagers worked on in conjunction with the DLD for the 2014 session will, if passed, make the statute retroactive.

But some say there is a need for a more fundamental change.

While Timothy chose not to drive during the two years, others feel they have no choice—driving is “so intermeshed with day-to-day life; the temptation to drive is sky high,” says DUI defense attorney Mark Moffat. “It tempts them to violate the law further, and prevents them if they adhere to the law from moving ahead with life as you would want them to. It’s a big problem.”

Imagine, he says, if you are a minor in a nontraditional family, the sole breadwinner, live in a rural area, and “have no practical way to get to work other than to drive. It’s either you don’t work, or you roll the dice to support your family,” Moffat says. He argues that there needs to be, as in other states, a restricted license scheme that allows suspended drivers who support their families to drive to work.

Timothy Halladay’s suspension will have concluded by the time Sagers’ new bill takes effect, and the Halladays still view the system as stacked against minors.

“I think we should give the power back to the judges instead of giving it to the DLD,” Bryan Halladay says. “Here you have the executive branch making adjudications in criminal matters. It offends my sense of fairness.”