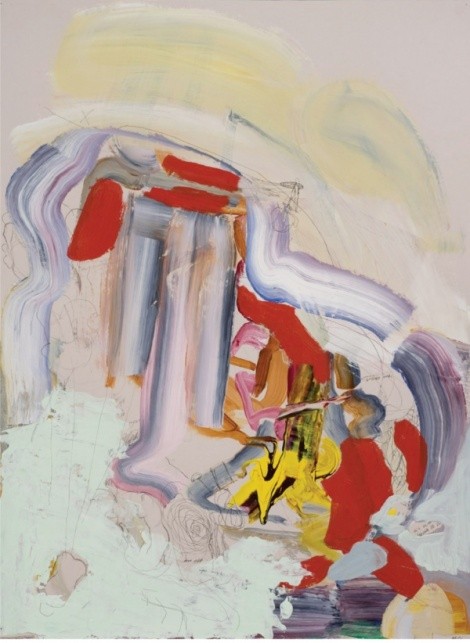 A house isn’t always a home. That has proved especially true in the case of the House Gallery. Originally started in fall 2009 in the home of Julie Dunker and her husband, Jeff Pattee, in Cottonwood Heights, the gallery soon outgrew its suburban birthplace as the shows there boasted slowly increasing audiences.Since the first of the year, House had been hidden in the basement of the Peery Hotel downtown—a space not much bigger than a coat closet, which could be difficult to find even if you knew where it was.

But now the House Gallery has found a place to settle down, and as far as location, you couldn’t do much better: on 400 South, in the building that was formerly L. Lorenz Knife Shop, next to The Green Pig Pub. With the Heavy Metal shop, W Lounge and other hip hangouts within shouting distance—and the main gallery-stroll foot traffic on 300 South not too far afield—it’s a brilliant placement that promises great contributions to the local art scene.

Dunker found a strong visual sense early, growing up in the Mojave Desert the child of a graphic designer mother and a father who made films for the government. Though she later studied in New Mexico, she says she wouldn’t have started a gallery somewhere like Santa Fe that is oversaturated. “Salt Lake [City] is a really good environment for opening a business,” she says. “The downtown area is growing.”

The building, which had housed L. Lorenz since construction in 1940 is large enough for patrons not to feel cramped yet small enough to feel intimate. Its glass facade and skylights invite light to penetrate the space, making it a natural place to view artwork.

Dunker found that although her home helped people feel more comfortable, the environment detracted from the art a little. “Now, it’s just about the art,” she explains.

The gallery opens with an especially strong foot forward with the abstract acrylics on paper by Matthew Choberka, a Weber State University art professor. His works use especially emphatic brushstrokes, assertive use of color and collage elements to create a dynamic visual aesthetic. It’s about the gesture and impulse to create art, that seems to predominate anything else in their visual universe.

Herself an abstract painter, Dunker plans to showcase mostly abstract artists working in two dimensions, including Matt Jones; Manhattan artist Jon Coffelt, who incorporates duct tape into his works; Denver artist Kay Tuttle, who uses art from vintage books as source material; and Utah-based Allen Ludwig, who does intriguing things with narrative. It’s a niche that the Salt Lake City gallery scene could stand to have filled, as no one else has really focused on two-dimensional abstracts primarily. “Julie has been putting together a really interesting and diverse roster of artists, from across the country and beyond,” Choberka says. “It seems to me that the concerns, materials, and approaches of many of these artists are quite diverse, but the energy and intelligence of their work unites.”

Rushing to get everything done, from smoke alarms to bathroom fixtures for the unofficial “soft” opening Sept. 3, things are coming together miraculously at the last minute. “People have certain expectations of where to see art,” she says, and it seems that the new home of House Gallery is both trying to meet and somehow defy expectations. Will people on a night out at The Green Pig, say, check out some fairly challenging artwork as a part of their evening out that might not have included the gallery stroll?

Dunker wants to make the gallery a place where people can feel comfortable purchasing art, but mostly they want a place where people can look at art. There is always the gallery-stroll crowd, but what about those just getting into art? “I think the new space will suit more types of work,” says Choberka, who had shown at the first location. “Moving the gallery from ‘underground’ is a smart move. I think House Gallery has a real shot at making a mark in the SLC scene, which is getting more vibrant all the time.”

In her new 400 South location, Dunker is feeling a newfound freedom to stage performances or other events. At the same time, now the House Gallery has to stand on its own. “I don’t want to be one of those places that opens and closes within a year,” she states. “There is a need for contemporary art and performance here that I think we can meet.” CW