Plus: The Good Mistress, Tubbin' With Tash 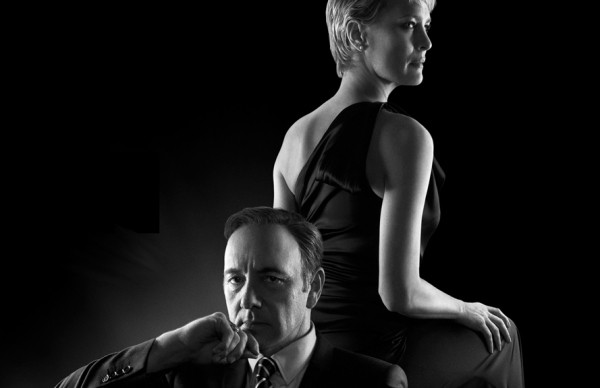 Season Premiere: Falling between Arrested Development (“It’s back! But … huh?”) and Orange Is the New Black (“OMG! The greatest thing in the history of things!”) in the Critix Heart Netflix hype of 2013, the uneven debut season of political drama House of Cards was more fun if you didn’t think about it too hard. Some whined about star Kevin Spacey’s talk-to-the-camera asides as magnetically evil congressman Frank Underwood, but they provided many of the series’ best moments (and one of the Season 2 premiere’s funniest). And the less time you spend pondering the actions of Underwood’s power-couple counterpart (Robin Wright) and D.C. journoslut Zoe Barnes (Kate Mara), the better, because the weirdness is escalating now that he’s vice president (Veep, this ain’t). All 13 new episodes go live at midnight, but pace yourself—it is Valentine’s Day, after all.

The Good Mistress
Saturday, Feb. 15 (Lifetime)
Movie: If the political machinations of House of Cards seem far-fetched, just hose out your brain with The Good Mistress, the latest in Lifetime’s ongoing—and, so far, impressive—campaign to become the No. 1 vendor of WTF? movies on cable. The setup: “A young woman (Annie Heise) struggling to recover from alcoholism moves to a new town, where her high-school friend (Kendra Anderson) has offered her a job. After becoming involved with a mysterious gentleman (Antonio Cupo), she soon discovers that he is actually her friend’s husband, a candidate in the county elections and a suspect in a murder investigation.” So she’s the good mistress, he’s the bad guy, and he never gets the chance to simply look into the camera and explain himself. Not cool, Lifetime.

Star-Crossed
Monday, Feb. 17 (The CW)
Series Debut: It’s been a sucktastic launch season for The CW, as none of its new 2013-14 series have caught on: Reign, The Originals and The Tomorrow People are barely being propped up on their respective nights by relative vets The Vampire Diaries, Supernatural and Arrow, and the midseason replacements look about as viable as a Sex & the City prequel ... what, that happened? Upcoming March premiere The 100—about pretty future space kids exiled on abandoned earth with, like, no Wi-Fi—at least has a semi-original concept, but Star-Crossed is really just Roswell: The Next Generation, wherein a group of E.T. teens are being integrated into a high school with human teens as a “social experiment” that neither side is comfortable with. Does an epic Romeo & Juliet romance unfold between earthling Emery (Aimee Teegarden) and space-boy Roman (Matt Lanter)? Duh—it even says “an epic Romeo & Juliet romance unfolds” in The CW’s press release.

Tubbin’ With Tash
YouTube.com/Natasha
As 2014 shapes up to the year of Natasha Leggero—the tiny comedian best known for guesting on Chelsea Lately, roasting James Franco on Comedy Central, and a current surreal arc on ABC’s Suburgatory as a normal, appropriate human not prone to discourses about her vagina—The Only TV Column That Matters™ recommends checking out her YouTube series Tubbin’ With Tash before she blows up. It’s the celebrity interview show as it should be: in a hot tub and under five minutes long, with cheesy ’80s graphics, hysterically invasive questions (“Do you not want to have babies because of your career or because it’d be a mess?” she asked Sarah Silverman; of Jeff Ross: “Do you think you’ll die alone, or next to an 18-year-old?”), a “medical cocaine license” and a sidekick named Pig Bottom. When The Tonight Show With Jimmy Fallon crashes and burns, NBC, call Tash.