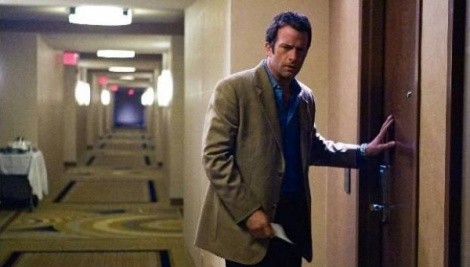 Hung Sunday, June 28 (HBO)
Series Debut: First of all, this new Thomas Jane-headlined series is not just one continuous dick joke after another. Second of all, what’s wrong with dick jokes, anyway? Jane stars as down-on-his-luck high school teacher/gym coach Ray, whose wife (Anne Heche, nicely “playing” flat-out crazy) left him for a dermatologist because “He’s a doctor—he saves lives!” Then Ray’s house burns down and his teen kids (both hilariously homely for being the offspring of Jane and Heche) are forced to live with Mom, so he attends an entrepreneurial seminar in financial desperation and learns that—eureka!—his greatest earning “tool” could in fact be his King Kong dong. Hence, instant man-whore—with a little romantical coaching/pimping from a former school poet (Jane Adams, a two-night stand of Ray’s who knows the product first-hand). Hung mines the same midlife-crisis-in-America vein as Weeds and Breaking Bad, but with far more humor and no less heart—you’re really rooting for Ray to come out on top, all puns fully intended. Looks like HBO finally has a bat to swing with again (pun, intended, etc.).

Penn & Teller: Bullshit! Thursday, June 25 (Showtime)
Season Premiere: It’s taken six years, but Penn & Teller finally turn their Bullshit! detector on the orgasm in the Season 7 opener … so to speak. They’re not questioning the existence of the orgasm, but rather the commercial pursuit of a bigger, better bang for your buck … again, so to speak. Who’s going to shell out $12,000 for a remote-controlled “orgasm machine”? Besides Jeff Archuleta? (“Davey, Daddy needs to make a little withdrawal from the Idol account …”) Warning: After the segment on female ejaculation, you may cancel your subscription to Squirtastic.com.

Virtuality Friday, June 26 (Fox)
Two-Hour Movie/Pilot:
From the brains behind Battlestar Galactica, a movie that may or may not become a Fox series that the network will stick on Friday nights (just like this … hmmm) and eventually cancel after one season. Virtuality follows a group of 12 astronauts on a 10-year mission in space; to kill time and (in theory) avoid going insane, said space folk spend mucho time adventuring in virtual-reality modules. When they’re not tuned out, their interpersonal dramas are beamed/ streamed back to Earth for broadcast on a—what else?—reality show about impossibly pretty astronauts going nuts in a metal tube drifting through the stars. Will Big Galactic Brother fly on Fox? Hey, UPN got seven (!) seasons out of Star Trek: Voyager, and that show sucked.

Impact Sunday, June 28 (ABC)
Miniseries, Pt. 2 of 2: In the first half of this disaster(ous) epic, a giant meteor had crashed into the Moon and wreaked all sorts of tidal/electrical havoc upon Earth below. Instead of just mounting a Mr. Show-worthy mission to blow up the Moon (it is “messin’ with God’s America,” after all), egghead labcoats argued physics for two hours before determining “You can’t hide from gravity!” Now, good-lookin’ scientists David James Elliott (ha!) and Natasha Henstridge (double ha!) have discovered that the Moon is On! A! Collision! Course! With! Earth! Nothing left to do but re-enact Armageddon, apparently—on a network budget. I’m rooting for the Moon, myself.

Dance Your Ass Off Monday, June 29 (Oxygen)
Series Debut: That hybrid of The Biggest Loser and So You Think You Can Dance? absolutely no one asked for? Here it is! Tubby tappers compete to lose weight and gain points on the dance floor! Allow me to remove the gun from my mouth long enough to tell you that Dance Your Ass Off features a pair of portly Utah dudes. There, done …