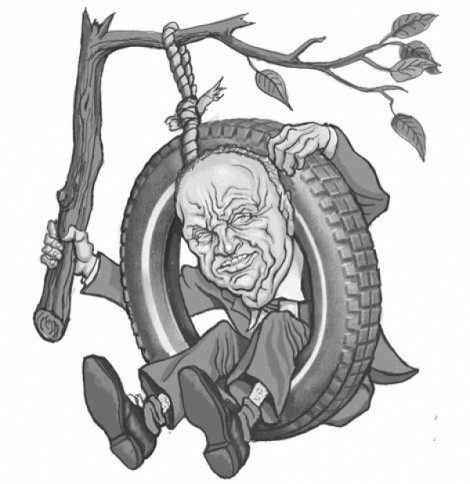 “Everyone knows we have the dumbest Legislature in the land,” said Herb Swander, the man who came up with the idea to raise the IQ level in the Utah Legislature. “Our proposal was a modest attempt to reduce the embarrassment factor by a degree or two. Now people will no longer suspect that our legislators are really stupid; instead, they will have absolute proof.”

Mr. Swander is referring to the unanimous vote of both the House and Senate to adopt the IQ bill (HB 0001), with just one proviso: instead of a score of 80 on the Stanford-Binet test being the minimum requirement to serve in the Legislature, 80 is now the maximum IQ allowed.

It comes as no surprise to veteran observers of the Utah legislative scene that the most enthusiastic proponent of the maximum allowable I.Q. was the colorful Republican senator from West Jordan, Chris Buttars. “I just got fed up with everyone always saying we were a bunch of idiots, as if that was a negative thing. Now we got it written into law that we are certified idiots, we can wear the label with pride.”

Mr. Buttars, who bears a striking resemblance to the beloved comedian Don Rickles, recently proposed lopping off the last year of high school education as a money-saving measure. “I never learned a doggone thing in the 12th grade, and it didn’t hurt me none. Matter of fact, school never did me one bit of good, and here I am the most famous man in Utah. If you ask me, schooling is as worthless as tits on a tomcat.”

Mr. Buttars is proud of the rich variety of brainless measures up for approval in this year’s legislative session. “You’ve got your proposal from my good and faithful Republican friend Margaret Dayton of Orem to keep the feds’ dirty mitts off our guns here in Utah, our love of which is proof of our right to be as dumb as we want. Then you’ve got your proposal to keep the feds’ dirty mitts off health care. Is that a dumb idea? You bet your life it is!

“And speaking of stupid, how about your bill to kill off wolves? How about your bill to let bicycle riders run through stop signs and red lights? And you heard about my brainless buddy Mike Noel of Kanab, who has the harebrained idea that the climatewarming folks are engaged in a conspiracy to control population, thus stopping the flow of spirits from the pre-existence who want to come to Earth and get a body. ’Course, if we let the bicycle folks run red lights, it’s a sure way to control their population, which will free up more space for the spirits in heaven to jump into a body.

“You know what my favorite brainless bill is this session? It’s the one sponsored by that gal Laura Black from Sandy, the one that makes high school referees, who as everyone knows are a bunch of perverts, get background checks and get fingerprinted before they can get on a basketball court where they get to eyeball pubescent girls and boys in skimpy uniforms running around getting sweaty. Unfortunately, that bill got voted down, at least for the time being, but you can bet your bottom dollar that it will get resurrected, the reason being that it is the most brainless bill in recent memory, and that’s saying a lot.

“Here’s the thing about that referee bill. Everyone says the Legislature is idiotic because it’s filled with Republican white guys. So I’m very proud to point out that Representative Black is a gal and a Democrat to boot. We white Republican white guys don’t have a monopoly on being dumb. Plus the fact that Ms. Black is rumored to be a schoolteacher, which just goes to prove my point about what you learn in school.

“Finally, while I got you here, I just want to clear up a misconception about brainlessness. You saw that article in the paper about scientists discovering that people in a vegetative state do show some brain activity, particularly in the intraparietal sulchus. Some people might say that means there’s hope for us Utah legislators. But as we know from evolution and global warming, you can’t trust science. None of us in the Utah Legislature, I’m proud to say, has ever experienced even a flicker of brain activity.”

Deep End Deep End got about utah one just bill school legislature ,utah bill about got legislature just school one