In the Twinkling of an Eye | Music | Salt Lake City Weekly

In the Twinkling of an Eye 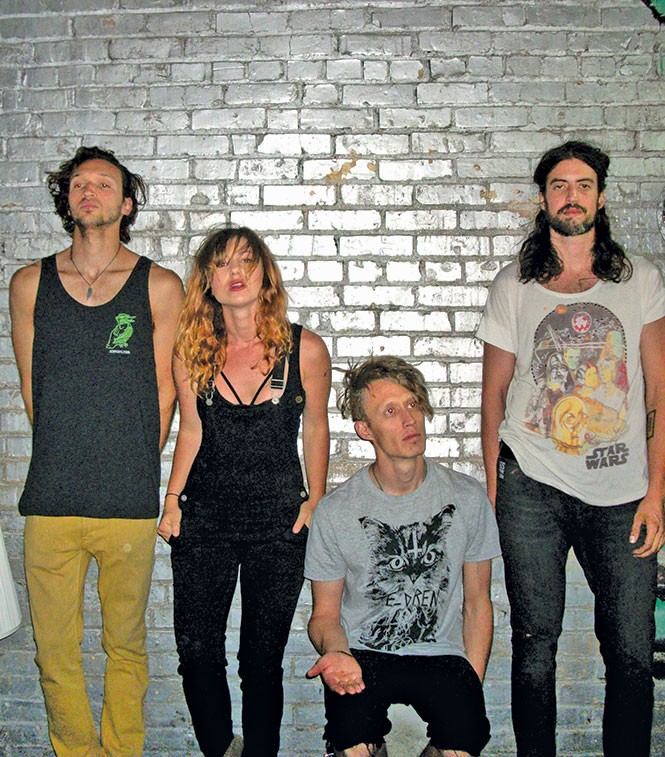 "I wanted the name to contain an element of mystery," says Le Voir writer, producer and multi-instrumentalist Gillian Chase, speaking with City Weekly at the bustling Coffee Garden on 9th and 9th. The words "le voir," French for "to see," in this case suggest not only looking deeper at oneself, others and events, but also the different perspectives people can have—notions that the band explores in their "soft-tronica."

Originally from Vermont, Chase began her music career in high school, writing songs on an acoustic guitar and covering Michelle Branch. Her first performance, naturally, was nerve-wracking. "I was so nervous. I stopped in the middle of the song and said, 'Does that sound okay?'" Through practice and a love of performing, she found her artistic confidence and began playing bigger shows.

In 2006, Chase came to Utah to attend college. "When I got out here, I was still doing the acoustic thing," she says. "And after I graduated college, I made a decision to devote myself to music, professionally, if I could." She stayed in Utah and over the next few years performed at various venues in Salt Lake City and Park City. Around 2014, she started to develop a taste for and a desire to make electronica, influenced by the likes of M83 and The Naked and Famous. And, during a fortuitous stint in Park City, she met musician Rob Lyons, who introduced her to the music production software Ableton Live, which she says "opened the doors for the electronic stuff that I do now."

Without a background in production, Chase started taking lessons from Derek Beck at Salt Lake DJ & Production. "Derek taught me the ins and outs of Ableton and what I needed to know about mixing, and how to make a good product." So was born Le Voir, and their dark, pop-influenced electronica.

Over the next two years, Chase and Beck wrote and produced the band's debut album, Dualities. With Chase providing all aspects of the album—lyrics, production and instrumentation—the album is an emotionally honest premiere statement. "I started writing Dualities at the beginning of a new relationship and it was super euphoric. When the relationship ended, [the aftermath] was a mess, filled with contrasting emotions." Listening to the record, one finds a definite story arc: The beginning songs express a kind of euphoria, giving way to an introspective and melancholic middle section before the album culminates in an emotional rebirth.

When it came time to gig, Chase says, "I knew I didn't want [Le Voir's live show] to be like a DJ set." In order to provide a full-bodied live performance, she enlisted Lyons on guitar, and the pair recruited drummer Clifford Moon. With this lineup, and backing tracks provided by a computer, Le Voir played an album release show last March at The Complex, and proceeded to book more gigs. These performances led the band to conclude one of its members had to go.

"We started to fight the computer, who is like a big brother watching over everybody," Chase says. "We wanted to make electronic music organically, live." This prompted the band to add bassist Alex Siciliano to round out the roster. Now, with all aspects of their music being performed live, Chase says they are "reinterpreting the songs as a band, kind of deconstructing the pop formality" inherent to the album.

Looking toward the future, Chase says that Le Voir will release an acoustic version of Dualities in the fall, tentatively titled Dualities After Dark. They're also mulling an album of new material—this time involving the full band. Touring is, of course, on the table.

Her band has, to some degree, been a documentation of Chase's growth, and her perception of that growth, from high-school singer-songwriter to production student, from brokenhearted songstress to commanding frontwoman. And as a full band, Le Voir's story and perspective have expanded, becoming more illuminating with each passing day.