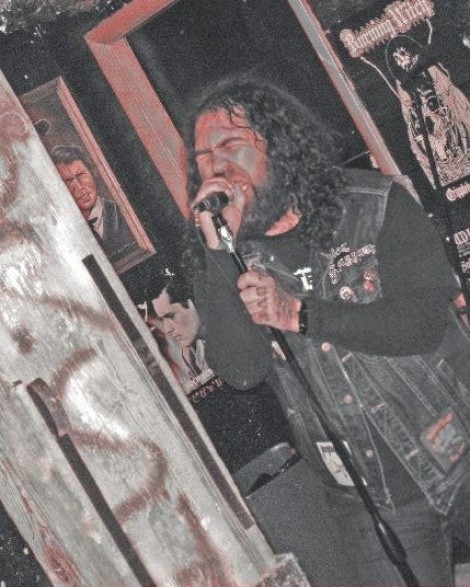 You’d think that describing yourselves as the only “true” black metal band in Salt Lake City would get your ass kicked somewhere along the line. But to date, nobody has yet stepped up to prove INVDRS wrong. In fact, over the past couple of years they’ve nearly single-handedly brought local interest back to the genre and reinvigorated the fan base that had given up hope of seeing another dark spawn from Zion.

Forming out of the disintegration of the band Spur in 2006, drummer Gavin Hoffman and guitarist Dave Moss looked to start a new band with a greater metal focus. They picked up bassist Sean McClaugherty and former God’s Iron Tooth singer Phil White, forming the new group based on one successful practice session while White was in town on vacation. The combination worked so well it prompted White to pull up stakes from Long Beach, Calif., to join the group. Playing random gigs and producing a three-track demo, the group quickly gained a following at Burt’s Tiki Lounge as the act to see, prompting interviews and reviews among metal worshippers and a spot on SLUG Magazine’s Localized showcase.

“I’m not one to actually pay attention to that type of thing,” Hoffman says about the fan base they’ve gained. “If we play to five people or if we play to 200, doesn’t matter to me. It’s gonna be the same show, with the same volume and the same intensity, regardless. However, the feedback we have gotten from people has been incredible.”

With momentum behind them, the group made their way into the recording studio with producer Andy Patterson, working on-and-off for a good year—or, as the band described it, “a pain-in-the-ass year.” While feeling some trepidation that they were entering the studio sooner than they were ready, INVDRS pressed on to record the best they could, throwing out the bulk of their material and keeping only what they felt was the finest. To add to the already stressful process, near the end of recording their deal with a local label fell through.

Once Patterson completed the final mix of the album, though, the band landed on its feet, signing with Oregon-based Corruption Recordings and hiring artists Sri Whipple and Damon Smith to create the impressive album art.

Reflecting on the now-finished album, Hoffman says, “As its own entity, I’m very pleased with the finished product. But I think it could have been better, which is a pretty standard way of looking at it, being as picky as we are.”

Exploring the album, Electric Church is damned heavy but somehow powerfully rhythmic. Tracks like “Black Altar” and “Church Burner” carry measures and beats that could give you a heart attack live, with thunderous chords howling from the amp. Throughout the short, eight-song experience, White’s vocals echo throughout every track as if he were gargling nails in his throat, raw emotion pouring into the mic and the singer not caring if he lost his voice mid-session, especially on songs like “Death Dealer” and “Hammers of Hell.” But the entire record bleeds passion. On every song, you hear four guys giving their all, as if nothing else matters but to drag you through the destruction and filth they concoct, leaving you deaf in their wake.

Upon the album’s completion, the band faced a lineup change, as McClaugherty’s life started to change pace due to his job, family and college. Taking his place is Julie Stutznegger (Azon), who has been a major supporter since INVDRS inception, adding a whole new level of enthusiasm and musicianship to the group. You can catch the new lineup at the Electric Church album release party this Saturday.