Why is the Utah prison system housing someone who robbed an Arkansas taco shop 33 years ago? 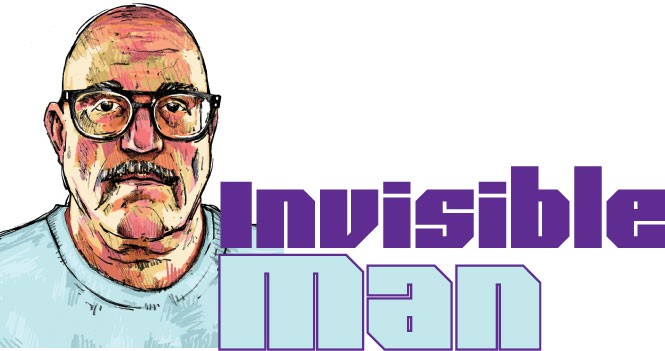 For the past 15 years, Rolf Kaestel has sat behind bars in the Utah State Prison, invisible to those who put him there and a mystery of sorts to those who store him.

And if you ask Arkansas why Kaestel, who is serving a life sentence without the possibility of parole for stealing $264 from a Bob's Taco Hut in Fort Smith, Ark., in 1981, why the man is in Utah, they'll say they can't quite recall.

Official records in Arkansas show that Kaestel, a 63-year-old with no living family members who hasn't had a single visitor since arriving in Utah in 1999, was transferred to the Beehive State under what's known as an "interstate compact" agreement because of "noncompliance with the Arkansas system." Explanations of what this means, and what Kaestel may have done to earn his noncompliance status, do not exist.

One thing is absolute: Unless an Arkansas governor commutes Kaestel's sentence from life to, say, 50 years, he will most likely die alone, anonymously and forgotten in the Central Utah Correctional Facility in Gunnison.

Kaestel's case, and the man himself, with his large eyeglasses, thinning gray mustache, missing front teeth and bald head, shine a light into a volatile corner of the justice system—the part that doesn't rely so much on concrete law, but more on the whims and moods of the human beings who pull the levers.

Kaestel's efforts to draw attention to himself and his case by filing lawsuits and speaking his mind, have backfired so often and with such force that he and his shrinking list of backers have a hard time not thinking higher powers are at work, conspiring against him.

Criminals that actually hurt people have been treated with more leniency than Kaestel. As the decades have mounted and he's sat locked away, he's watched murderers, rapists and child molesters walk away free men.

Kaestel, who built a reputation as a respected paralegal in prison and says he is a few credits short of earning multiple bachelor's degrees, knows he can be a productive citizen. Those who knew Kaestel in Arkansas, and the couple of people who have had contact with him in Utah, have no doubt that Kaestel has been vastly over-punished for his crime. And they are equally sure that Kaestel, after spending more than half of his life in prison, deserves to be free.

Kaestel himself believes he deserved punishment for his crime. He broke the law, and with a rocky criminal past, was convicted and had his life taken away.

But he considers the sentence of life without parole for his crime "overkill."

Kaestel can't claim any of the common issues that might drive one to crime. His parents didn't abuse him, he was never into drugs or alcohol, and he says he was not led astray by poor peer influences.

For as long as Kaestel can remember, though, he felt as though he simply did not fit in.

"Not with other kids, not in school, not in any community or stereotypical way that virtually everybody else [did]," he wrote in a letter to City Weekly.

At a young age, Kaestel had an inquiring mind. And the big questions he asked—What is love? Why are we on Earth? And where do we come from and where do we go?—he failed to find sufficient answers for.

Kaestel says that at first, he was stunned that his parents, clergy and teachers couldn't provide him with answers. Then he became "numbed," growing convinced that the indifference the adults around him showed to his curiosity was a mechanism to turn him into a cookie-cutter conformist.

"And I ran to get away," he writes. "No way was society going to 'assimilate' me and make me one of its mimics."

But when Kaestel found himself in the courtroom at age 29, listening to society's jury send him to prison for the rest of his life, he says he "lost that insane, irrational fear," and in the coming hours and days, recognized his "folly" and "inexcusable criminality."

"So, for 34 years now, I've walked a road that few people even ever find, much less travel," he writes. "I repented of my crimes, my sins—I made what reparations I could, sought forgiveness from those whom I wronged—and obtained forgiveness."

Ron Fields, the former Sebastian County district attorney who sought and received one of the harshest punishments for Kaestel that society could grant, says he found Kaestel hard to understand. This lack of understanding, he says, is what was "scary."

"He had so much going for him, and everything he did, he wrenched it to the dark side," Fields, now a private attorney in Fort Smith, Ark., said in a telephone interview. "You can probably look at Rolf Kaestel, and think, a few things change here and there, and he's the CEO of United Airlines today."

Kaestel committed his first theft at age 11. He enjoyed a certain flavor of cigarettes, which a friend's parents smoked. And his friend liked the kind Kaestel's parents smoked. So the two children swiped smokes and traded.

A few years later, Kaestel, who was born into a military family in Germany, fell in love with a wealthy girl in Montgomery, Ala., where he was raised. Nothing would stop Kaestel from visiting the girl—especially not a lack of transportation.

"I'd steal a car, drive to see her, abandon the car, and steal a car to get back," he says during an interview with City Weekly at the Gunnison prison. "I stole a lot of cars."

But Kaestel wore his hair long, was labeled a hippie and encountered his first brushes with the police when the girl's parents filed a restraining order against him. By seventh grade, Kaestel had had enough of school, and his teachers had had enough of him. He was kicked out.

"I became a real juvenile delinquent," he says.

Faced with going to juvenile hall or returning to Germany with his parents, Kaestel says, he chose Europe. Besides, he says, he had been dreaming of visiting the pyramids in Egypt, seeing Jerusalem and taking a trip to Madagascar to "see the crazy animals."

Once in Germany, he fled in an attempt to visit these places, but his flimsy visa, he says, prevented him from crossing the Swiss Alps.

He fell in with some American military personnel who he says were stealing from the base and selling products on the black market, using Kaestel, who spoke German, as their mule. Kaestel speculates his parents conspired to have him placed in a German institution, where he spent 11 months before an Air Force official intervened. Since Germany apparently couldn't keep him jailed, Kaestel says, they expelled him from the country until he was 21.

In an attempt to remain in Europe, Kaestel says, he joined the Air Force. But just before the swearing-in ceremony, he was told he'd first have to return to the United States. Once in New York, Kaestel says, he went through one gate, and his parents through another. He never saw them again.

After sitting around at a military recruiter's office for a day, waiting to be sworn in, he says, an official told him he'd have to wait 30 days to get his paperwork in order.

Lonesome for his old girlfriend, Kaestel says, "I went out in the parking lot, stole a car and went back to Alabama."

During his absence, his former love had married. Heartbroken, broke and bored, Kaestel says, he was arrested a few days later for burglary. The crime: breaking out a front window of a store, stealing a bubble gum machine, and smashing it, just to "watch all the bubble gum roll down the street."

Kaestel had luck on his side. A jail employee, who had been in the Air Force and lived near Kaestel as a child, recognized the prisoner. Kaestel says the jailer arranged his release, under the condition that he live with the man and his wife.

Things began looking up for Kaestel. He had a job and got along well with his new friends, feeling like his "life is on track for the first time, probably," he says.

Then tragedy struck. The couple Kaestel lived with had a son in his 20s, who was married and had just gotten a teaching job in Mississippi. As the son and his wife returned home from a visit, Kaestel says, they were both killed in a car accident.

"It just tore that family all to hell," Kaestel says, adding that the man began drinking heavily and beating his wife. Kaestel and the man clashed and, in no time, Kaestel stole a car and headed for New Mexico.

Over the next few years, Kaestel was imprisoned in New Mexico and Alabama on robbery charges. Each time he was released, he quickly found his way back to trouble, either stealing cars or committing small-time robberies.

In 1979, Kaestel was paroled after serving two years in a New Mexico prison for robbery. For the better part of two years, he roamed the Southwest, taking an interest in gambling in Las Vegas. Sometime in early 1981, Kaestel decided to make his way back toward New Mexico. He stuck his thumb out and was picked up by four people in their early 20s. None of them had any money, but Kaestel, by this time a seasoned small-time robber, had an idea about how to get some.

Kaestel and his fellow travelers decided to head toward the South. On the way, Kaestel says, he siphoned gas out of cars and committed a couple of robberies. His method of robbery was peaceful, he says; he typically just asked for and received the money. On some occasions, if no one was behind the counter, he took the money and left.

In Oklahoma City, Kaestel says, he decided to get a gun.

"They made realistic looking plastic guns," he says, so he "went across the street to a toy store and got a water pistol."

A short time later, Kaestel lived out the final moments of his free life. In Fort Smith, Ark., Kaestel says, he walked into a Senor Bob's Taco Hut, showed a cashier the water pistol in his belt, and left with $264. "I get the money and I leave," Kaestel says. "I didn't threaten him or anything like that."

Kaestel was arrested nearby that same evening.