Massage therapist and spiritual healer seeks her own happy ending. 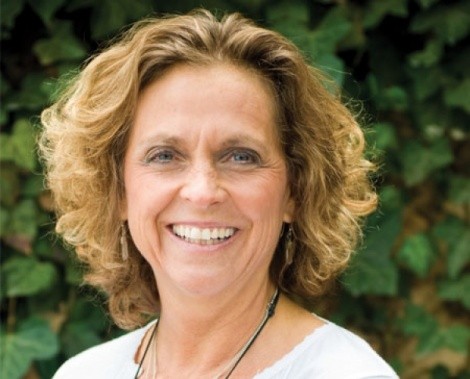 Minister and licensed massage therapist Janae Thorne-Bird was disrobing at her healing center in January, preparing to perform her most sacred ceremony, the Ananda Nirvana, which is so much more than a massage. Bird was about to open the chakras, or centers of energy, for a new member of her church.

The 53-year-old mother of 11 and former Mormon is the founder of The Church of What Is Real and also the owner of Heartsong Healing Center. Until recently, both the informal church and healing center—decorated with statues of Jesus, Buddha and American Indian spiritual symbols—operated out of a Holladay mansion tucked away in a grove of trees off Holladay Boulevard.

The philosophy of the church, business and the Ananda Nirvana ceremony derive largely from Bird’s understanding of Tantra, an ancient Asian religious tradition that sprung from Hinduism, as well as spiritual lessons incorporated from several ancient and contemporary religious traditions. She believes that a person’s body is the only temple necessary to worship God and that it’s her religious duty to share her holistic medicine.

So, in January, Bird asked her new church member if he wanted to be nude during the Ananda Nirvana and whether he was comfortable with her also being nude. Nudity is a natural and sacred state of being, Bird says, but clothes are optional upon client request. The man got naked. She asked the man if he had any relationships that could be harmed by his participation in the ceremony and explained that the Ananda Nirvana is not a sexual solicitation—though eroticism is a part of the experience—but a “holistic healing of the body, mind and spirit.” Ananda Nirvana is Sanskrit for “blissful heaven.” While Bird offered many clients traditional massage at Heartsong, she says the Ananda Nirvana is a religious ordinance—not a massage—offered only to church members.

Just as the Ananda Nirvana is more than a massage, Heartsong is more than a spa. On Sundays, she hosted church service—including a meditation exercise called quantum light breath and soaking in the hot tub. While it may look like just an oily, deep-tissue massage to the uninitiated, to Bird, the Ananda Nirvana is a solemn exercise of the inter-woven energies that make up one’s life force. It often involves the recipient achieving an orgasm. Neglecting the sexual chakra during a body-work session is as unwise as neglecting, say, just one arm during exercise, Bird says.

Police don’t care about flabby arms, however. It’s another body part that got Bird in trouble.

According to the police report from the Salt Lake City vice squad, Bird told the man that he “was protected under the umbrella of their ‘church,’ ”—he paid $100 to join—which Bird said limited both her and his legal liability. “Bird then asked me if she could touch me anywhere. I told Bird she could do anything she wanted that made her feel comfortable,” the report states. Sexual intercourse is never a part of the Ananda Nirvana as she practices it.

Thirty minutes into the massage—“Just after I’d asked him to roll over,” Bird says—she was busted. The police report says she grabbed the man’s penis—twice. Seconds later, three cops burst into the room. The naked man on her table was a cop conducting a “massage parlor compliance check.” She was booked into jail.

Bird is now charged with prostitution and illegal massage—touching a penis during a massage is illegal in Utah—and faces potential jail time for class A and class B misdemeanor charges. The City of Holladay has already revoked her business license, but she hopes to appeal.

Bird will soon argue in 3rd District Court that the First Amendment should protect her from prosecution on religious grounds.

She has some reason to believe it might work. In the past decade, both Utah Attorney General Mark Shurtleff and former U.S. Attorney Brett Tolman pegged her ally, James Warren Flaming Eagle Mooney (pictured at left), as a drug dealer and tried to imprison him for decades. Mooney argued that distributing peyote—a controlled substance legally equivalent to heroin—is his religious duty. It worked—twice—and he’s still a free man.

So, if distributing a controlled substance can be a religious duty protected by the First Amendment, why not the Ananda Nirvana and other religion-based sexual practices? Coincidentally, a U.S. Supreme Court case that still largely limits religious freedom in sexual matters upheld prohibitions of polygamy in 1878. That’s coincidental because Bird lived in a polygamous relationship among fundamentalist Mormons for several years before “escaping” and finding peace in New Age rituals and beliefs that were manifest at Heartsong Healing Center.

Will the First Amendment protect the Ananda Nirvana? Bird is about to find out.

Sister Thorne
She grew up in Sugar House and attended Highland High School. Janae was, at the time, a fifth-generation member of The Church of Jesus Christ of Latter-day Saints on both sides of her family.

She married a college boyfriend named Kurt in 1975 in front of a justice of the peace when she was 18. “We didn’t want to do religion together,” she says, but that changed when she got pregnant the next year (correction: the amount of time between marriage and pregnancy was originally misreported). They were sealed in the Salt Lake LDS Temple and attended church regularly in Logan where they lived.

About 1980, Janae and Kurt started Living Stream health-food store in Logan and became “master herbalists.” [Note: Kurt’s last name is withheld as he did not return calls for this story. Janae Bird’s surname is from her second marriage. Thorne is her maiden name.]

The store attracted many food purists—no sugar, all herbal—who, Janae says, also were frequently fundamentalist Mormons. “A lot of fundamentalists live a very holistic life,” she says. Plural marriage was openly discussed. She was attracted to the fundamentalists’ fixation on the United Order, an early Mormon communist scheme of engendering a harmonious community so righteous, God would lift the whole town to Heaven. Janae and Kurt became involved in the home-schooling movement, avoided Western medicine and ate strict herbal diets.

Friends invited them to a meeting of the Apostalic United Brethren in Herriman where Owen Allred—the “real prophet” in the minds of sect members—was to speak. The attendees’ clothing was old-fashioned, Janae says, except for hers and Kurt’s. “I didn’t feel trusted or a part of it. I wasn’t wearing the garb,” Janae says. “My husband bought it hook, line and sinker. I think it was [polygamy] that intrigued him.”

Married life was relatively smooth until birth No. 3. Janae and Kurt fought about whether to have the baby at home or at the hospital—there were complications with the baby’s health—then at the hospital, they fought over whether she should receive an epidural.

Janae won both those arguments. She got the epidural, but lost faith in her husband as their world crumbled. Their store went bust after an employee embezzled from them. Kurt was baptized in the Apostolic United Brethren but was excommunicated from the LDS Church. Janae received threats that she would have to divorce Kurt or be excommunicated herself. “I said, ‘What’s behind door No. 3?’ ”

She took a two-week trip to Colorado’s Windstar Foundation, the educational and conservation experiment founded by her idol, folk singer John Denver. Kurt went along, but spiritually, Janae was alone. Environmentalism, humanism, Christian Gnosticism, American Indian mysticisms and Asian spiritualism—virtually the entire New Age milieu was represented among Windstar’s guests, and Janae loved all of it. “I was transformed. My heart chakra opened up to where it was a born-again experience,” she says. “I determined, ‘this is my path.’ ”

She briefly divorced Kurt in a fit of independence but soon feared she would lose custody of her children. They remarried in 1983, so she stuffed her New Age passions into a fundamentalist Mormon container and mostly played the submissive wife except for when she returned to Windstar for yearly retreats. She never did get baptized into the Apostolic United Brethren, but she would soon join their world in the Bitterroot Valley of Montana where defying sex laws was a principle of faith.