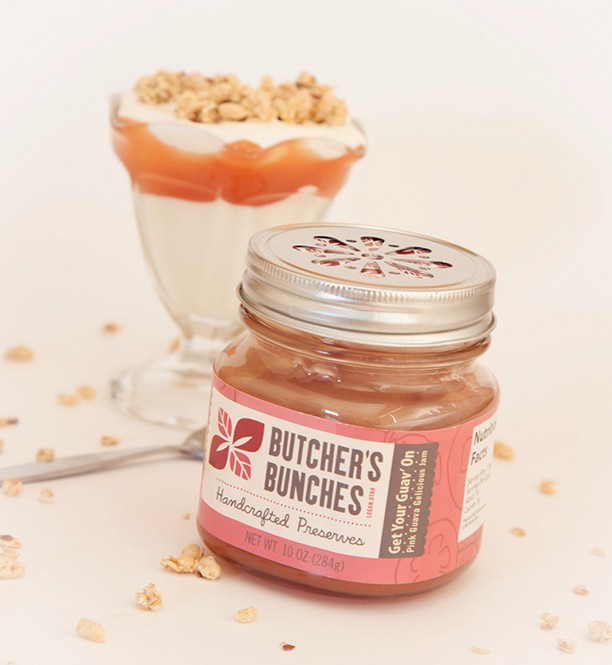 There’s a lot packed inside every 10 oz. jar of Butcher’s Bunches jams—local fruits from Cache Valley, Amano Chocolate from Orem, High West whiskey from Park City, for example—and all of it is watched over by founder Liz Butcher.

What began as a small operation in 2010 with Liz turning local fruit into jams and selling three to four cases per week at summer farmers markets has now grown into a family empire that produces approximately 175 cases (2,100 jars) of jam each month, along with a line of balsamic vinegar Drizzle.

Based in Logan, Butcher’s Bunches can now be found nationwide in Kroger grocery stores, regionally in Whole Foods and Associated Foods, and in all Utah Harmons. The "little jams that could" have even taken flight in duty-free stores at international airports and Japan has a growing addiction to the company’s chocolate cherry Drizzle, Back in Black, and Bananas for Chocolate jam flavors—all of which contain Amano Chocolate. 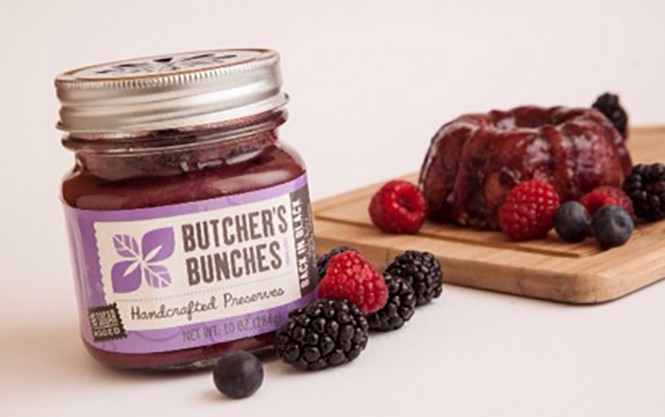 After selling out at local farmers markets their first summer, Butcher’s Bunches got its initial big break at Sundance when the celebrity-packed event wanted to include their product in swag bags. For the occasion, the Butchers created Back in Black—a decadent combination of red and black raspberries, blueberries soaked in amaretto, and melted Amano Madagascar and Dos Rios chocolates.

Although it is perhaps the best-known of Butcher’s Bunches jams, Back in Black will be retired (discontinued) this year. Explains Butcher, “Change is good and people are evolving and love the fruit flavors.” With 10 to 12 flavors always in rotation, look for a new raspberry lemonade choice soon as well as the return of the Van Gogh Martini jam.

Butcher’s son Kenneth, who now owns a majority of Butcher’s Bunches in trust, was the inspiration for the company initially. He has developmental delays and the Butcher family wanted to ensure that he would be taken care of when they were gone. Butcher’s Bunches is their legacy to Kenneth. “We’ve created something that will help him,” says Liz. “We’ve accomplished our goal and we’ll keep growing it so we can help him when we’re not around.” Now in his 20s, Kenneth has begun to play a larger role in his company too. “He likes to label and code date the jars,” says Liz and he also names most of the jams—including the smashing success Back in Black.

As Butcher’s Bunches continues to grow, Liz hopes to take on new roles in the coming years. She’s recently started making all the jam for Pig & A Jelly Jar restaurant in Salt Lake (look for a second location opening soon in Ogden) and looks forward to stepping back from the public side of Butcher’s Bunches and cooking in the kitchen more. She also hopes to help other Utah food artisans get their businesses off the ground by using the resources she’s developed to help others get their start.

For now, the Butchers intend to keep on jamming.