Jan. 7-13: Our Only Guide Is Homesickness 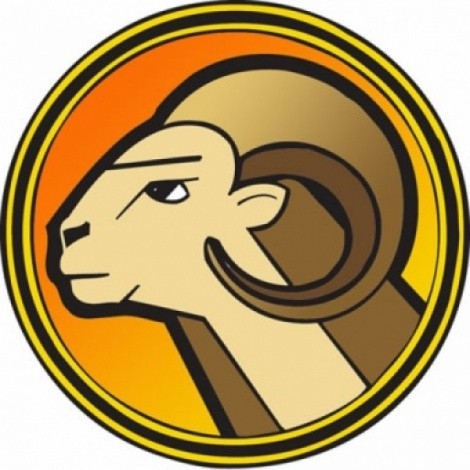 CAPRICORN (Dec. 22-Jan. 19)
“We have to stumble though so much dirt and humbug before we reach home,” wrote novelist Herman Hesse. “And we have no one to guide us. Our only guide is homesickness.” That’s the bad news, Capricorn. The good news, according to my analysis, is that 2011 could very well be the year that your homesickness drives you all the way home. For best results, keep this tip in mind: To get the full benefit of the homesickness, you shouldn’t suppress it. Only by feeling it deeply, as a burning, grinding ache, will you be able to ride it all the way home.


AQUARIUS (Jan. 20-Feb. 18)
In the past, few dog shows allowed mutts to compete. Pure breeds were prized above all others. That’s changing, though, now that the American Kennel Club has opened up a new category just for mongrels. They won’t be judged by guidelines specific to a particular breed, but rather according to their natural talents. This shift in standards mirrors a comparable development in your world, Aquarius. In 2011, it’ll be easier to find success simply by being your mottled, speckled, variegated self. There’ll be less pressure for you to live up to standards of perfection meant for the purebreeds.

PISCES (Feb. 19-March 20)
“All your longings know where to go,” writes poet Nick Piombino, “but you have to tell them to open their eyes.” That’s one of your big assignments in 2010, Pisces: to make sure your longings keep their eyes open. It’s not as easy as it might sound. Sometimes your longings get so entranced by obsessive fantasies—so distracted by the stories that are swirling around in your imagination—that they’re blind to what’s right in front of them. You must speak to your longings tenderly and patiently, as you would a beloved animal, coaxing them to trust that life will bring more interesting and useful blessings than anything fantasy could provide.

ARIES (March 21-April 19)
“A man may fulfill the object of his existence by asking a question he cannot answer, and attempting a task he cannot achieve,” mused 19th-century author Oliver Wendell Holmes, Sr. Advice that wild could just as well have been dispensed by a feral saint living in a cave in the woods. And now I’m passing it on to you, Aries, just in time for the beginning of what may be your wildest year in a decade. In my astrological opinion, you are ready to be a connoisseur of mysteries that purify the mind and nurture the soul . . . a daredevil of the spirit in quest of seemingly impossible dreams . . . a fierce adept of the wisdom of uncertainty who’s in love with unpredictable teachings.

TAURUS (April 20-May 20)
What confusing commotion would you like to walk away from and never come back to? What lessons have you learned so well that you’re overdue to graduate from them? What long-term healing process would you like to finish up so you can finally get started on the building phase that your healing will give you the power to carry out? These are excellent questions to ask yourself as you plan your life in the next six months.

GEMINI (May 21-June 20)
The Strait of Gibralter is the narrow passage between Europe and Africa where the Mediterranean Sea joins the Atlantic Ocean. According to legend, in ancient times the Latin phrase ne plus ultra was inscribed in the rock overlooking this gateway. It meant “not further beyond,” and served as a warning to sailors not to venture out to the wild waters past the strait. Eventually, that cautionary advice became irrelevant, of course. With a sturdy vessel, skilled crew, good preparation, and expert knowledge based on the experience of others, venturing out past the “ne plus ultra” point wasn’t dangerous. I hope you’ll take that as your cue in 2011, Gemini.

CANCER (June 21-July 22)
There were problems with the soccer balls used in the World Cup last year. Many players felt they were difficult to control. Their trajectory was unpredictable. Brazilian forward Luis Fabiano went so far as to say that the ball “doesn’t want to be kicked.” Other players said the balls were poorly made, like those “you buy in a supermarket.” I bring this to your attention as a cautionary metaphor, Cancerian. In 2011 you will be taking part in your equivalent of the World Cup. It will be crucial to have the very best tools and accessories. You can’t afford to play with balls that don’t respond accurately to your skillful means.

LEO (July 23-Aug. 22)
Biological diversity refers to the variety of life forms in any particular area, while cultural diversity measures the richness of social forms of expression. Then there’s biocultural diversity, which measures both together. Can you guess the places on the planet where biocultural diversity is highest? They’re Indonesia, Malaysia, Melanesia, the Amazon Basin, and Central Africa. I would love it if you had a chance to immerse yourself in environments like those in 2011, Leo. If you can’t manage that, find the next best thing. You will thrive by exposing yourself to a kaleidoscopic mix of human types and natural influences.

VIRGO (Aug. 23-Sept. 22)
When I started my rock band World Entertainment War, I was guided by a vision of us having two lead singers, me and another person. Ultimately I chose a woman named Darby Gould as my collaborator. While I have decent skills as a vocalist, her talent is genius-level. I knew that our work together would push me to be at the top of my game and allow me to write ambitious songs that I didn’t have the chops to sing by myself. I’ve always been pleased with how that strategy worked. Would you consider giving yourself a similar challenge in 2011, Virgo? It’ll be the Year of Collaboration for you. Why not put yourself in a position to transcend the limitations you have when operating solely under your own power?

LIBRA (Sept. 23-Oct. 22)
Africa is cracking open in preparation for the birth of a new ocean. The whole process will take 10 million years, but the first sign occurred in 2005, when a 37-mile-long fissure appeared in Ethiopia. Eventually, say geologists, the rift will grow enormous and fill up with seawater. I expect a metaphorically comparable development for you in 2011, Libra: the subtle yet monumental beginning of a new “ocean” you’ll be enjoying and learning from and dealing with for many years to come.

SCORPIO (Oct. 23-Nov. 21)
In 1967, the U.S. had 31,225 nuclear warheads. But by 2010 it had a mere 5,113. The world’s most militarized nation hopes to scale down to an even more modest 3,000 or so by 2021. In the coming year, Scorpio, I’d love to see you be inspired by that example to begin reducing your own levels of anger and combativeness. You don’t have to do away entirely with your ability to fight everyone who doesn’t agree with you and everything you don’t like; just cut back some. I’m sure that’ll still leave you with plenty of firepower.

SAGITTARIUS (Nov. 22-Dec. 21)
“The heart is forever inexperienced,” said Thoreau. He believed our feeling nature is eternally innocent; that no matter how much we learn about the game of life, sadness or lust or rage or joy hits us as hard the thousandth time as it did in the beginning. But is that really true? Are you as likely to plunge into mind-exploding infatuation with your fourth lover as you were with your first? Are you as susceptible now to having your world turned upside-down by flash floods of emotion as you were at age 15? Over the years, haven’t you acquired wisdom about your reactive tendencies, and hasn’t that transformed them? I disagree with Thoreau. I say that for the person who wants to cultivate emotional intelligence, the heart sure as hell better be capable of gaining experience. What do you think, Sagittarius? If you’re aligned with my view, 2011 will educate and ripen your heart as never before.