Wednesday Sept. 8 at the State Room 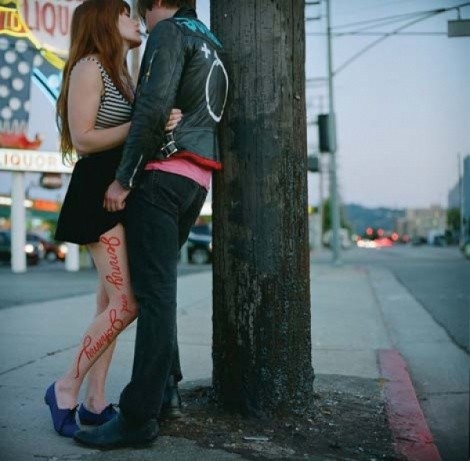 The list of boy-girl singing duos isn’t especially long, but when you find the right combination of performers, it can be magic. Consider some of the great examples from pop history: Johnny and June Carter Cash, Marvin Gaye and Tammi Terrell, Ike and Tina Turner, Fleetwood Mac’s Lindsey Buckingham and Stevie Nicks, John Doe and Exene Cervenka of punk pioneers X.

Real-life couple Jenny Lewis and Johnathan Rice have some work to do before ascending to that group, but their debut album under the Jenny & Johnny moniker, I’m Having Fun Now, is a fine introduction to their distinct brand of sunny, folk- and soul-inflected pop.

Lewis and Rice were introduced by Bright Eyes’ Conor Oberst five years ago, and Rice has been part of Lewis’ band during the Rilo Kiley singer’s two solo tours—in addition to putting out his own albums—in the years since. Spending so much time together, as a couple and as working musicians, it was just a matter of time before the two started writing together. It wasn’t until last year, though, that they started working on a batch of songs that didn’t seem right for either of their respective solo careers.

“They were a little more collaborative than songs we’d worked on in the past,” Lewis explains on a phone call from her Los Angeles home, where the couple was prepping for the first Jenny & Johnny tour, packing up keyboards and cables (“We have a very small band and an even smaller crew. Jenny & Johnny—we’re recession friendly,” Lewis jokes).

“We had written a little bit together, but it was always really clear whose song it was. This time, it was really open. Johnathan would have a song like ‘Committed,’ for example, that was almost completely finished, and I heard the song and wrote the bridge.”

Like many couples five years into their relationship, Lewis and Rice are at the point where they can complete each other’s sentences, and usually one comes up with a good punchline to punctuate an exchange. To wit:

Johnny: “Some songs, like ‘Scissor Runner,’ are written in a matter of minutes. But other songs, like ‘Big Wave’ …

Jenny: “That took me about a year.”

Johnny: “Yeah, Jenny worked on the lyrics for like a year.”

Jenny: “I’m still kind of messing with the lyrics while we get ready for the tour.”

Johnny: “It might be ‘Small Wave’ by the time we get there.”

They recorded the rough tracks in Los Angeles, then packed up their little blue station wagon and headed to Omaha, Neb., to finish production with Bright Eyes’ Mike Mogis. Naturally, the SoCal kids hit one of the nastiest Midwestern winters in recent memory while they were holed up in the Cornhusker state.

“Jenny started only communicating with Mike and I through email,” Rice recalls, “which was really weird because she was in the same room as us.”

“I refused to go outside because I packed mostly hotpants and sundresses,” Lewis says with a laugh. “I’ve spent so much time in Omaha, I’ve made three albums there, but I still can’t get it right, especially the footwear. But we wanted to go out to Omaha because that’s the reason we know each other, and all the big changing moments in my musical life have taken place in Omaha. I recorded the first Rilo Kiley there, we recorded [her solo debut] Rabbit Fur Coat there, Johnathan did his first solo album there, and now this. I think it was kind of a sentimental move.”

There’s little arguing with the results. I’m Having Fun Now is a breezy half-hour of insistent pop-rock sure to please both artists’ long-term fans. On Lewis’ last solo tour, they covered the Emmylou Harris/Gram Parsons version of “Love Hurts,” and Rice likens their new collaboration a bit to that of Evan Dando and Juliana Hatfield in early ’90s.

“I just feel cooler when Jenny’s singing with me,” Rice says. “I just feel like we’re our own little gang or something.”

And while the long-term future of the Jenny & Johnny project is unclear, the immediate future is easy to determine.

“I just want to play some good rock shows, get out on the road and eat some good Mexican food,” Lewis says.

“Those are all noble aspirations,” Rice concludes.