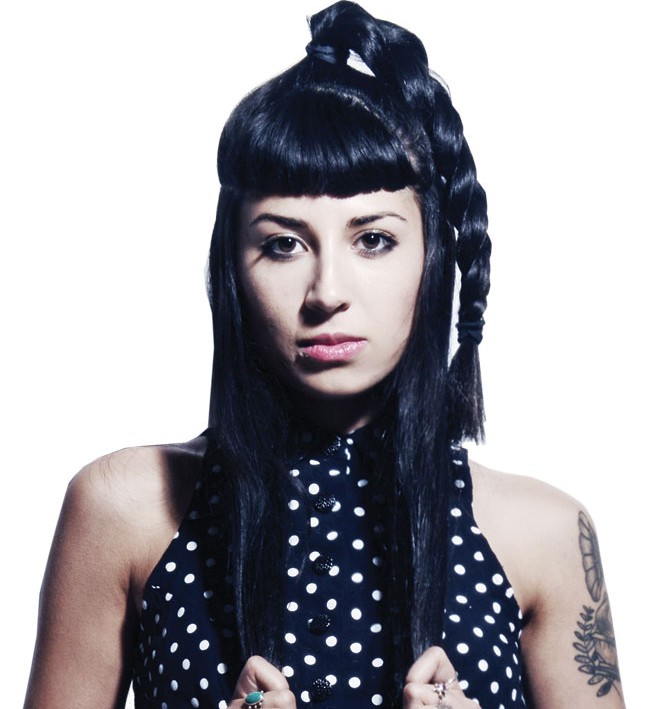 At a packed SXSW showcase at Palm Door on Sixth in March, a mid-performance Jessica Hernandez looked like she was about to burst out of her skin. Filled with more dynamic energy than her frame seemed to be able to hold, Hernandez didn't just own the stage, she commanded it, filling the venue to the rafters with her brassy, smoky voice and shaking dramatically as if just struck by lightning, her feet planted confidently wide.

Needless to say, Hernandez knows how to make an impression. However, until now, there hasn't existed a way for listeners to get a true picture of her power. Since about 2009, the Detroit native has been recording music, including a few EPs with her five-piece band The Deltas, and before that, "little demos I would record in my basement that I would burn onto CDs and make funny cases for," she says. But Hernandez doesn't think of any of those projects as "a real album," she says. Though the past five years have found Hernandez "giving people some kind of music all the time," she says, they've just been tantalizing bites of the full meal.

In fact, the eardrum-tickling music brought to life by Jessica Hernandez & the Deltas is so multifaceted and description-defying that even Hernandez herself can't peg it. "I always feel so bad," she says with a laugh. "I feel like every time someone asks me, I have a different explanation of what we sound like."

Secret Evil is a kinetic, sparklingly refreshing blend of horn-enhanced rock, jazz and '60s surf tinged with gypsy, Latin and even cabaret-like influences. The fact that it's "all over the place stylistically," Hernandez says, frees the band from having too many preconceived notions heaped upon whatever form their next album takes. "It could go in a number of different directions without people being caught off guard, because [Secret Evil] is coming from a lot of different places," she says.

Tracks like the creepy-carnival "Run Run Run" and the surf-y "Sorry I Stole Your Man" feel about as opposite as leather and velvet, but the common thread lacing the album together is that connection Hernandez has to the songs, as well as her personal lyrics. Deftly covering topics including "heartbreak and weird relationship stuff" ("Lovers First") as well as her sometimes-complicated relationship with Detroit ("Neck Tattoo")—"You're caught between thinking it's this magical place and this really shitty place," she says—the songs on Secret Evil often have a hidden dark side due to their thorny subject matter, even if the sound itself is catchy and poppy.

"Almost all of my songs are dark lyrically, even if they're kind of like a happier, upbeat song," she says. "When I am really writing a lot and feeling really inspired by stuff, it always ends up being in this point of some kind of inner turmoil."

Secret Evil is a combination of recent songs as well as some written during the days when she'd moved back to Detroit to live with her parents and write music after dropping out of college. "I ended up just taking my favorite songs and trying not to think about, 'Well, do these all fit together into one cohesive album?'" she says. "For my first record, I felt like it was more important to pick songs that meant something to me and that kind of told a story of each point I was in in my life while writing the record, and try to think less about, like, 'Well, who am I as an artist and what does this mean?' It's just like, these are the songs I wrote, these are the ones I like."

Now that her debut album is out, Hernandez already has her eye on the next project, even though she says she was "intimidated" by the thought of releasing a full-length. But as Secret Evil indicates, Jessica Hernandez & the Deltas have found their stride and aren't slowing anytime soon.