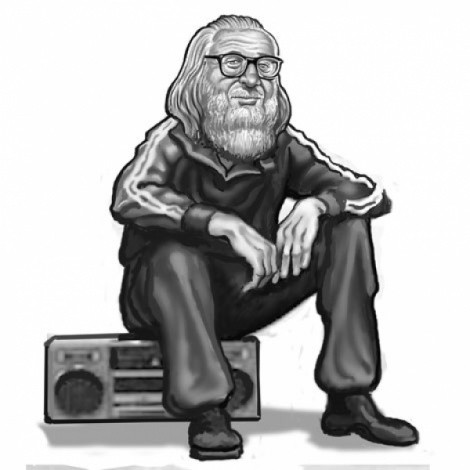 When people start talking about what God thinks, you know it’s time to go right to the horse’s mouth and talk to God himself, or herself, or itself, or themselves—God, as we know from the wild and crazy history of religious belief, has had many shapes, sizes, forms, figures and faces. (My dog thinks God is a giant corgi.)

I was especially eager to get God’s take on the pronouncements by a couple of kindred spirits who recently weighed in with God’s position on homosexuality. Utah’s own Boyd K. Packer, next in line to be prophet, seer, and revelator of The Church of Jesus Christ of Latter-day Saints, and New York developer Carl Paladino, who hopes to be the next governor of the Empire State, both claim to have intimate knowledge of the mind of God, particularly in regard to the status of human beings who enjoy same-sex activities.

In case you missed the authoritative assertions of Packer and Paladino, here is a sampling of what the two godly men said:

Notice the absolute certainty of these pronouncements: “It isn’t,” and “Not so!” So similar is the language that a layman would be hard pressed to say who said what. For the record, the first and third statements were uttered by Paladino at a New York synagogue, while the second and fourth ones were spoken by Packer at the LDS General Conference.

Do Paladino and Packer know something that the rest of us don’t know? I had to talk to God right away. Fortunately God (or our Heavenly Father or the Creator of the Universe or the Lord of Creation or the Man Upstairs or the Being From Whom All Blessings Flow) is not that hard to locate. Not only is he omnipotent, he is omnipresent—he’s here, there and everywhere.

Normally, he stays in the background, not wanting to steal the show, as it is entirely in his power to do. In my experience, he is not much of a show-off, despite some of his over-the-top hammy performances in such best sellers as the Bible and the Book of Mormon.

I texted God, and he agreed to meet me over at the Jiffy Lube on Foothill, where I was overdue to get an oil change for my PT Cruiser. These days, God likes to wear a comfortable jogging outfit; he looks remarkably fit and has the spring in his step of a much younger man. He speaks with a heavy Yiddish accent, pronouncing, for example, “Packer” as “Pecker.”

God: I bet you want to ask me if Paladino and Pecker speak for me.

Deep End: How did you know?

God: I know everything, but that’s beside the point. I’ll just say these two schnitzels are clueless. I get pretty tired of people claiming to speak for me, especially when they attribute their own bigotry to me.

God: Let me tell you something: That Leviticus was a total schmuck. I finally had to give him a nasty case of genital warts. Let me tell you, he was sore afflicted.

Deep End: Are you willing to go on the record and say that folks suffering from same-sex attraction are OK in your book? That they are not impure and unnatural, as President Packer says?

God: What does President Pecker know about natural? Natural is as natural does. Variety is the spice of life, I always say. Live and let live. That’s always been my motto, for all of time and eternity. You have to wonder about guys like Paladino and Pecker. What are they so afraid of? You’d think they had some sort of traumatic experience on a river trip, like that Deliverance movie—one of Burt Reynolds’s best, if you ask me.

Deep End: My car’s ready. Don’t mean to be rude.

God: Happens to me all the time. Don’t be a stranger.