Legendary drag queen is an inspiration 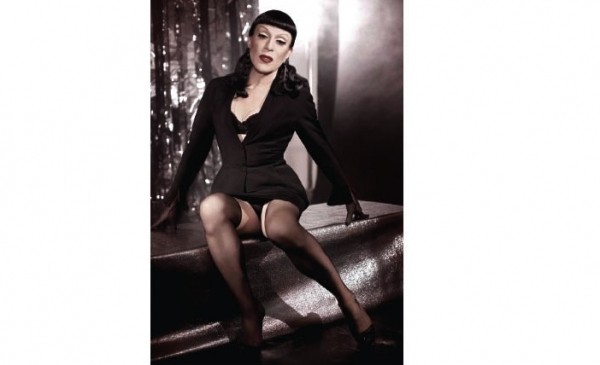 When Lady Gaga lists you as an inspiration, you’ve had to have accomplished a lot in the art world and, of course, be one of a kind. Meet Joey Arias, legendary performance artist, drag queen and cabaret singer.

A collaborative effort between Arias and Kristian Hoffman—two veterans of the ’80s East Village performance-art scene in New York City—Lightning Strikes offers an eclectic mix of classic-rock pop and jazz songs. The tour is a memorial to their friendship with the late Klaus Nomi, an otherworldly counter-tenor and performance artist who passed away in 1983. Arias and Nomi met while modeling clothing at designer store Fiorucci and later appeared on Saturday Night Live in 1979 singing backup for David Bowie.

How is Joey Arias an inspiration to you and other drag queens?

Willard Cron, 2012 Miss City Weekly Pageant winner: “I believe that Arias is hugely influential and his fluidity, in regards to gender and performance, is something I deeply admire. Arias’ humanistic approach to LGBT issues is something I find profound. He represents marginalized persons without being confined to just LGBT structures and honors authentic individuality in everyday life.”

Indi Skies: “I was first introduced to Joey Arias through the documentary Wigstock. At that time, I had never experienced performance art live. It definitely challenged my concept of what a performer is and should be. I’ve realized through his aesthetic that the most important thing is putting yourself out there and doing what makes you happy.”

Klaus von Austerlitz, of Bad Kids: “We are trying to create an environment at our shows where everyone can embrace their inner ‘outcast’ and, hopefully, be exposed to something that may change their way of thinking for the better. Joey Arias is a true role model for those of us just getting our feet wet in the big drag pond and is living proof that what we (drag queens/performance artists/gender illusionists) do isn’t some silly hobby, it’s a passion.”