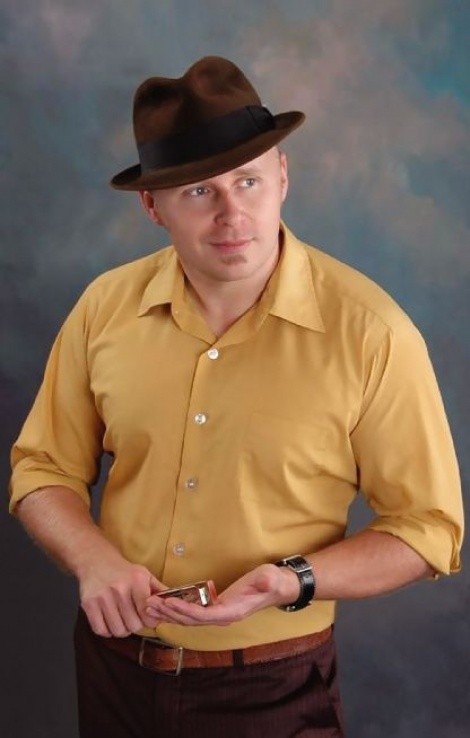 Salt Lake City ain’t exactly blues central. Neither is John Németh’s hometown of Boise, Idaho. But while SLC and Boise, like many U.S. cities, lack the mythical rep of Mississippi crossroads and backwoods juke joints, the blues are everywhere. Even in Beirut, Lebanon. One might say especially in Beirut.

Németh jokes that no matter where they are, people can see the blues. “Because they see, ‘Shoot. My life ain’t so bad. Look at that guy up there.’” More seriously, he recognizes that certain blues-inducing personal problems—bad love, hard times—follow anyone anywhere. But bombings, shootings? Unlike Beirut, they’re not so commonplace in our ostensibly more civilized locales.

The Grammy Award-winning singer, harmonica player and Blind Pig recording artist saw the evidence firsthand during a week-long stand at a Beirut blues club, Bar Louie. “Every third building had bullet holes,” says Németh, who’d never been to the Middle East. “Or they were burned out from missile attacks and that kind of thing. It was very unusual for me to see ... and to actually meet the people that endure it all the time.”

There’s a YouTube video of Németh playing in the club with guitarist Najib Saab that could have been taken in any blues club in the States. Decorative guitars and a neon Bar Louie sign adorn the brick walls and the red arched backdrop behind Németh as he blows on his Hohner harp. The crowd is respectfully silent until the song ends and the camera pans over them as they applaud. It’s dark in the club, and the clapping indicates the crowd is either small or reserved—at any rate, their scene looks like any other Sunday night.

It goes to demonstrate the universality of blues music, how it transcends language and culture barriers to buoy one’s spirit.

For that reason, in Salt Lake City, fresh-faced Mormons and hard-drinking Gentiles alike can be spotted enjoying blues music. And even growing up in Boise, two little white boys (Németh and childhood friend Tom Moore) can discover the dulcet tones of harmonica legend Junior Wells and subsequently start their own blues band.

Incidentally, there’s a hard-luck aspect to that story.

“We needed another lead instrument,” Németh recalls. “I didn’t have enough money for a keyboard, so I bought a harmonica.”

OK, so it’s not remotely akin to having your nice, quiet lunch interrupted by the roar of plastic explosives—especially when the two key players grew up to become a globe-trotting, award-winning musician and staff attorney for the Utah governer’s office, respectively. But you get the idea. Everybody has their bummers, and blues music sorta helps us along. It’s the same in Russia, where Németh played another weeklong stint recently before returning to prepare for the release of his upcoming album. Németh figures that whatever challenges Russians or Lebanese meet, “I think they just value every day—and life [in general]. They get right back into life; they’re not gonna let that be the end of them.”

That’s the indomitable spirit of the blues. It evolved in the fields of the Deep South from the hollers, chants and spirituals of African-American workers only a few decades removed from slavery. Over time, it spread beyond the fields and juke joints into the cities where a wider audience glommed onto its cathartic, commiserative message. It continues to proliferate today, through artists like Németh and Otis Grand, who take it to countries where the music really resonates.

Németh says that Russia is a “big, international city” and the blues scene in Moscow sports three blues clubs (Roadhouse Blues Club, Blues Time and Cotton Club) as well as a growing cadre of bluesmen. “Russian people, to listen to blues, they seek it out.” It’s the same, to a smaller degree, in Beirut—and many other places where blues might seem as underground as, say, Peruvian chicha music is here in the States. Regardless, wherever it goes, the blues gets big.

“Some of the musicians in other countries are really, really phenomenal,” he says. “They seek out the best of the blues styles and learn that, sort of from the outside looking in. They go after the greatest elements of the legacy of blues, and they’re really diligent about learning the material. I can go to a bar in Bangkok, Thailand, or Zihuatanejo, Mexico, or Oslo, Norway and say, “Hey, let’s do a blues” and they know what that is. I can tell ’em the key and the groove, and we just start makin’ music. And that’s a really phenomenal communication.”