Everyman: John Vanderslice cultivates his passions, plants and all. 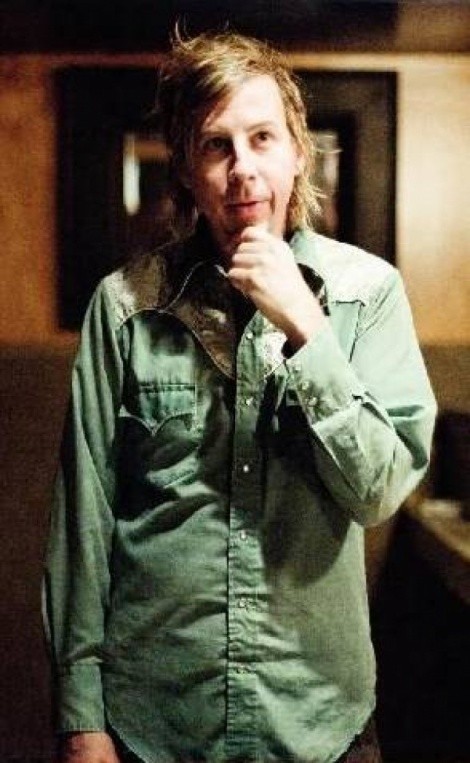 John Vanderslice has yet to break American Idol big, which isn’t a bad thing for the well-rounded musician or his loyal fans. In fact, he prefers to hit small-scale venues like one of Salt Lake City’s beloved community stomping grounds.

“I definitely clearly remember the first time I played Kilby [Court]. They had a bonfire going, and I was opening for Death Cab. It was amazing!” he recalls fondly. “I remember Ben Gibbard saying, ‘You’re going to love this place; it’s really special.’ It’s definitely about the scene that people have created.” And he loves touring here. “There’s something about all that space and air. It’s a tremendous feeling … that feeling when you get to the mountain states. You see how many times I’ve played Kilby; I obviously have a real connection to that club.” Vanderslice also enjoys Velour in Provo, and is eagerly anticipating that show, as well.

Of course, he isn’t just sitting on his hands waiting to take the stage. Vanderslice recently released Romanian Names, a gem of an album marked by well-crafted lyrics and melodies that stick in your head for days after impact.

He’s also owned and operated analog studio Tiny Telephone since 1997. Spoon, among others, have chosen to record at the San Francisco spot for the attention to detail that a Vanderslice project entails. He is as meticulous in his recording as he is with the care of the Echium plants in his garden.

“They’re this kind of Dr. Seuss, ridiculously over-sized, glorious plant. I have about 10 or 11 varieties. I have one that’s blooming right now, and the spire of blooms is 12 feet tall.”

When he isn’t tending his 70 plants— more, if you count his herb garden—Vanderslice is touring and improving his chops.

“It’s something I’m still learning. Every rehearsal, I learn something about how to play my guitar and how to sing and how to back away from a phrase and how to attack a song,” Vanderslice says. “It’s very, very complicated.”

This confession sounds bizarre coming from a seasoned pro with eight LPs under his belt, but the man has heavy goals.

“I want to be a good live performer. I take all that stuff very seriously. I think there’s something very sacred about getting up on the stage with an instrument and being a good performer,” he says, adding that his commitment extends to the back end of making music. “I really respect good songwriters. I want to have practiced my craft to be considered a good songwriter. I’m not there yet, but I’m really working.”

And work he does. He is so obsessive when crafting his albums that he decided to bring some equipment into his home to track Romanian Names, a decision that had its ups and downs.

“You know, it can make you insane because you’re never free from feeling like you have to work because you’re 20 feet away from a 24-track tape deck,” he says with frustration. “It’s constantly calling to you like a neglected child.”

Vanderslice found this process very different from his other work, though, as his setup was more “bare-bones” and suited for microphone work. “That again was very freeing because I was able to do a lot of tracking, doing vocals and backup vocals in the basement. That’s why the album is so vocal heavy,” he explains. “Some of the songs have 18 or 19 voices on them. They’re intensely layered.”

Vanderslice is equally complex. In fact, he has something else to share that he’s never really discussed before. “I’m totally obsessed with basketball. I played it when I grew up and I’m obsessed with the playoffs and the NBA. And nobody has ever asked me about basketball, and I’m deeply disappointed,” he sighs. “I’m a huge Utah Jazz fan forever. I don’t know what happened this year with them. But the Jazz are the kind of team I love. They play very correct basketball and their defense is obsessive. Of course, the antithesis of everything I love is the Los Angeles Lakers.”