The Mystic of American Fork 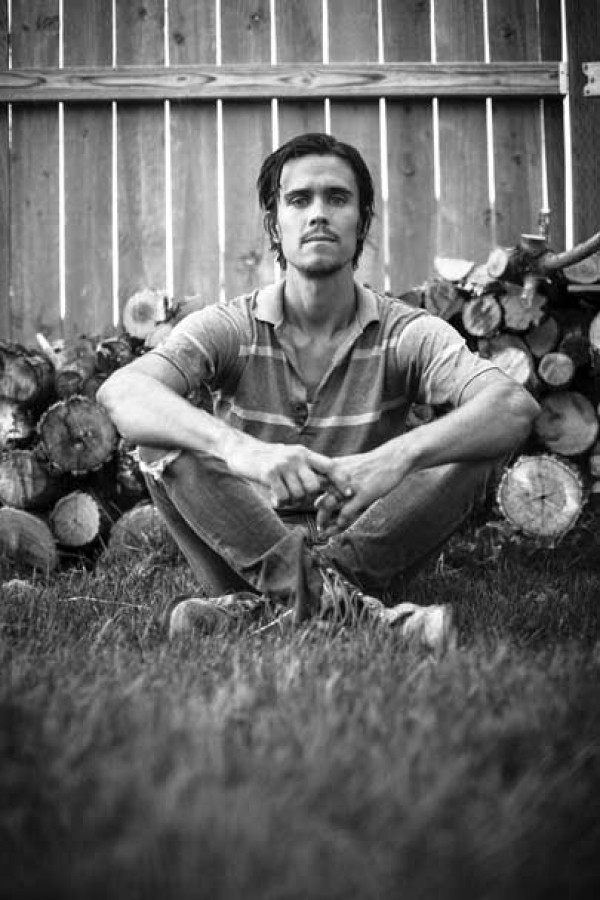 “There is a mystic in the mountains high above the Great Salt Lake/ He’s dancin’ in the heaven far below his golden gates/ He’s lookin’ at our cars below/ And laughin’ at our rock & roll,” sings Joshua James on the first lines of “Mystic.”

In From the Top of Willamette Mountain, James deals in the currency of mysticism, trading thoughts of life’s repressiveness and his misgivings about organized religion for a search for the holy, a personal quest for transcendence or something similar. He does it openly on this, his third album.

The singer-songwriter is based in American Fork—where he co-owns Northplatte Records—and pens these songs from his personal spiritual epicenter, Willamette Mountain.

“It’s a magical, nonexistent place that I can only describe in my own mind—it’s a refuge and a Neverland, if you will,” he says. “It is where I escape from the rest of the world.”

James delineates his worldview on this album by creating half-fictional/half-autobiographical characters—like the fingers of this great god-like “mystic” from the song. It’s a divergence from his highly personalized writing style of albums past. “I put myself in these stories, but at the same time, it isn’t me,” he says. “That’s why I like singing these songs in particular.”

While From the Top of Willamette Mountain isn’t a concept album, it is thematic (try counting the “hallelujah”s, “holy”s and “Lord”s; you’ll surely lose track). With its 11 tracks examining the ecclesiastical and searching for beatitude, they are all wrapped up in a warm, twangy folk-rock guise.

“The content is a little heavy from where I come from, but how it was recorded and how the songs came about, it was really jubilant,” James says, adding that he didn’t take himself too seriously, as he did on 2009’s Build Me This.

No matter the listener’s spiritual leanings, James’ agnostic musings are relatable in their honesty. His sincere search has always been a struggle and always will be, he says.

“Being raised extremely religiously, then finding a different path and coming to grips with that—well, now, that it’s not clear-cut about what I’m supposed to believe, I kinda need to figure some things out,” James says.

“That’s where a lot of [this album] stems from,” he continues. “It’s that constant straight arm reaching out in the dark hole of existence, trying to feel around to see which stones feel right, what kinda works for ya.”

More change came in working with producer Richard Swift, a member of The Shins and former producer for Damien Jurado and The Mynabirds, among others.

James didn’t want to fall into the same folky fold of his past records—both were self-produced, with him tracking most instrumentation. “I wanted someone to help give direction. I didn’t want to put so much effort into being the artist, the producer and the engineer,” he says.

Swift works off of emotion, movement and the air around a song, James says. During the two recording sessions, after certain questionable takes, Swift continuously told James, “It’s more charm than harm.” As such, From the Top of Willamette Mountain isn’t concerned about finding the perfect sound; it’s about cutting to the emotional core of the music.

This record also offers more crunch, twang and rock than James has previously exhibited, like on the opener “Mystic”; the reverb-y, atmospheric “Queen of the City”; and the fist-clenching “Sister.” His velvety voice, with its slightly calloused texture, is rough and wise beyond his 30 years. His ability to turn a phrase and surprise, and also leave you something to chew on for a while after listening, serves him well, like on “So Did I,” “Ghost in the Town” and “Willamette Mountain.”

And a line from “Willamette Mountain” will keep listeners curious as to what the crooner will record come early 2013, when James hopes to re-enter the studio: “I got a million more stories/ only half are untrue/ here inside Willamette Mountain.”Â