July 23-29: Flying Out Through Your Soul Pit 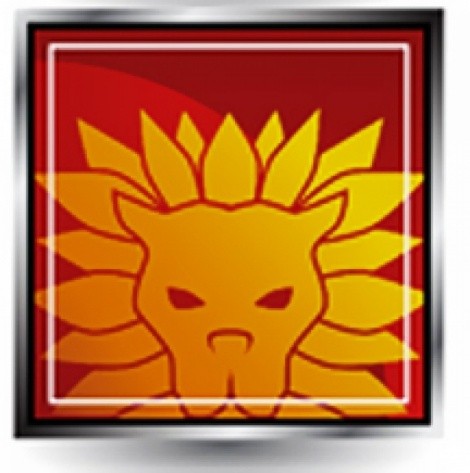 LEO (July 23-Aug. 22)
According to Hawaiian mythology, the soul leaves the body during the night to seek the adventures known as dreams. The place of departure and re-entry is the “soul pit” (lua’uhane), which is located in the tear duct of the eye. During the next few nights, I’d love for you to send your soul flying out through your soul pit for some daring exploits that will revitalize your lust for life. Take your backlog of stored-up tears along with you, and pour them down like rain on the secret garden you’ve been neglecting. The garden will respond to the downpour with a big growth spurt.

VIRGO (Aug. 23-Sept. 22)
A woman I know was invited to a party where she would get the chance to meet her favorite musician, psychedelic folk artist Devendra Banhart. On her last look in the mirror before heading out the door, she decided that the small pimple on her chin was unacceptable, and gave it a squeeze. Wrong move. After it popped, it looked worse. She panicked. More squeezing ensued, accompanied by moaning and howling. Soon the tiny blemish had evolved into a major conflagration. Fifteen minutes later, defeated and in tears, she was nibbling chocolate in bed, unable to bring herself to face her hero with her flagrant new wound showing. The moral of the story, as far as you’re concerned: Leave your tiny blemish alone.

LIBRA (Sept. 23-Oct. 22)
In the upcoming science fiction movie The Adjustment Bureau, Matt Damon plays a politician with big ambitions. Everything’s going his way until he falls in love with a dancer. Then the representatives of a mysterious group intervene in his life, warning him that he’ll never achieve his dreams if he stays with her. “We are the people who make sure things happen according to plan,” they say. “We monitor the entire world.” I’m happy to inform you, Libra, that this scenario is utterly make-believe. There is no “Adjustment Bureau,” on earth or in heaven. It is true, however, that if you don’t have a master plan, then your destiny is more likely to be shaped by your conditioning and by other people’s master plans. So get working! This is an excellent time to either formulate a master plan or refine the one you have.

SCORPIO (Oct. 23-Nov. 21)
The United States is the planet’s major player in terms of political, economic, and military clout. China is rising fast as a competitor in those three arenas, but lags far behind in a fourth: “soft power,” or cultural influence. The rest of the world finds America’s style, entertainment, art, and ideas far more attractive than China’s. As you enter a phase that will be favorable for enhancing your own leverage and authority, Scorpio, I suggest you put the emphasis on wielding “soft power.” You’ll accomplish more by charming people with your intelligence than by trying to push them or manipulate them.

SAGITTARIUS (Nov. 22-Dec. 21)
I think it would be healthy for you to wander out to a frontier and explore a boundary. You might even want to re-examine a taboo you haven’t questioned in a while and tinker with a formula you thought you’d never change. I suspect that you would also learn a lot from gently pushing against a limit you’ve come to believe is permanent. Having said all that, I’m cautious about advising you to go further. If you get urges to actually transgress the boundary and break the taboo and smash through the limit, please do lots of due diligence. Know exactly what you’re getting into and what the consequences might be.

CAPRICORN (Dec. 22-Jan. 19)
When mobs stage political demonstrations in Pakistan’s biggest cities, they make sure that some of their signs are written in English. That way their protests are more likely to be filmed by news media like CNN and shown to American audiences. Take a cue from that trick as you plan your actions, Capricorn. It won’t be enough merely to say what you want to say and be who you want to be; you should tailor your messages to people who have the power to actually change what needs to be changed.

AQUARIUS (Jan. 20-Feb. 18)
I’m putting out a call to the rebel in your heart—not the cranky, vindictive rebel in your mind, but the joyful, yearning rebel in your heart. I am asking this tender renegade to rise up against narcissistic behavior wherever you find it. Don’t shout it down or try to shame it, though; rather, work around it through outrageous displays of empathy and radical acts of compassion and feisty outbreaks of wild kindness. Your job, according to my analysis of the astrological omens, is to be a one-person wrecking crew devoted to smashing the boring inertia of egotism with your zealous concern for the good of all.

PISCES (Feb. 19-March 20)
As the economic recovery lags, many frustrated job-seekers have decided to stop waiting around to be saved; they’re taking matters into their own hands. As a result, entrepreneurship is thriving. I suggest you catch that spirit. In fact, I advocate a mass entrepreneurial uprising among Pisceans in the coming months. Even if you’re already employed, it’ll be prime time for you to create your own perfect gig, carve out your own special niche, or dream up a role that is designed for your unique talents.

TAURUS (April 20-May 20)
If there were such a thing as the Queen of Heaven—a living Goddess whose presence both calmed and excited you, a numinous female magician who lit up your longing to see life as it really is—and if this Queen of Heaven came to be with you right now, what would you say? Would you ask her to help you, and if so, how? Would you seek an answer to the most important question in your life? Would you spill every secret and tell every story you’ve ever wanted to share, and trust that she’d be able to see the totality of who you really are? I advise you to do this imaginative exercise sometime soon. The time has come for you to receive a blessing from the highest expression of feminine power.

GEMINI (May 21-June 20)
What’s up with your best friends? I mean, what’s really going on for them in the big scheme of things? According to my astrological intuition, at least one of your good buddies is at a turning point in his or her long-range cycle, and could really use the deep reflection and catalytic help that you might provide. Try this exercise: Put aside all your ideas about who your close allies are, and simply try to see the world as if looking out of their eyes. After you’ve done that, imagine how you could offer yourself to them as a brain-booster and heart-strengthener; brainstorm about how you might blend your life force with theirs so as to empower them to see further than they can by themselves.

CANCER (June 21-July 22)
In my astrological opinion, you should pay special attention to whatever’s embryonic in your life. You should rouse the smartest part of your capacity for love and direct it with high-beam intensity toward burgeoning possibilities that have recently germinated. There may come a time later in the process when you’ll need to impose discipline and order on your growing things, but that’s not what’s called for now. Be extravagant in your nurturing. Don’t scrimp on generosity and beneficence. Have fun overflowing with profusions of life-giving care.

ARIES (March 21-April 19)
Revenge fantasies would pollute your consciousness. I advise you to repress them. Wallowing in resentment would have an equally deleterious effect. Don’t you dare give that emotion a foothold. On the other hand, fantasies of experiencing pleasure and joy, even if they’re escapist illusions, will tonify and invigorate your awareness. I recommend that you indulge in them at great length, unleashing your imagination to explore a variety of blissful scenarios in tremendous detail and with ingenious flourishes. In fact, as your part-time soul doctor, I can’t think of anything else that would be more beneficial to your physical and mental health.