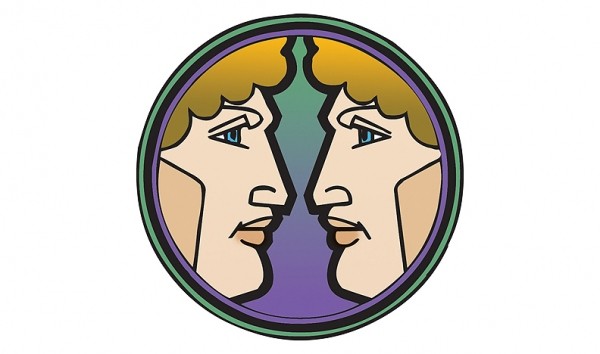 GEMINI (May 21-June 20)
Do you remember what you were doing between July 2000 and June 2001? Think back. Did anything happen then that felt like a wild jumpstart, or a series of epiphanies, or a benevolent form of shock therapy? Were you forcibly dislodged from a rut by an adversary who eventually became an ally? Did you wake up from a sleepy trance you didn’t even know you had been in? I’m guessing that at least some of those experiences will be returning in the coming months, but on a higher octave this time.

LEO (July 23-Aug. 22)
There’s a wild zoo about two hours northwest of Seattle. After paying your fee, you can drive your car through acres of land where large animals are allowed to roam free. When I took the tour, I stopped my rented Dodge Stratus by the side of the road to get a better look at a humongous buffalo with a humped back and a long woolly beard. It lumbered over to where I was parked and for the next five minutes thoroughly licked my windshield with its enormous purple tongue. My head was just inches away from its primal power, and yet I was safe and relaxed and perfectly amused. I wouldn’t be surprised if you had a comparable experience sometime soon, Leo.

VIRGO (Aug. 23-Sept. 22)
In the Biblical book of Genesis, Jacob had a dream of angels ascending and descending a ladder that went up to heaven. I recommend that you try to incubate a similar dream, or else do some meditations in which you visualize that scene. It would help prime your psyche for one of this week’s top assignments, which is to be adaptable as you go back and forth between very high places and very low places. Heaven and earth need to be better connected. So do the faraway and the close-at-hand, as well as the ideal and the practical. And you’re the right person for the job.

LIBRA (Sept. 23-Oct. 22)
Thomas Edison said something to the effect that a person who is thoroughly satisfied is probably a failure. I guess he meant that if you’re not always pushing to make your life better, you must not have very high standards or passionate goals. While I can see the large grains of truth in that theory, I don’t think it applies in all cases -- like for you right now, for instance. During the upcoming grace period, it will make sense for you to be perfectly content with the state of your life just as it is. To do so won’t make you lazy and complacent. Just the opposite, in fact: It will charge your psychic batteries and create a reservoir of motivational energy for the second half of 2012.

SCORPIO (Oct. 23-Nov. 21)
Twenty-four-year-old actress Annalynne McCord has risen up in rebellion against what she calls “Hollywood’s perfection requirement.” Lately she has been brazenly appearing in public without any make-up on. She has even encouraged paparazzi to snap photos of her in her natural state. “I’m not perfect,” she says, “and that’s okay with me.” I nominate her to be your role model in the coming weeks, Scorpio. You will be able to stir up useful blessings for yourself by being loyal to the raw truth. You can gain power by not hiding anything. (And yes, I realize that last statement is in conflict with the core Scorpionic philosophy.) Here’s my guarantee: It’ll be fun to be free of unrealistic images and showy deceptions.

SAGITTARIUS (Nov. 22-Dec. 21)
Nineteenth-century Russian novelist Ivan Turgenev once called his fellow novelist Fyodor Dostoyevsky a “pimple on the face of literature.” But more than a hundred years after that crude dismissal, Dostoyevsky is a much more highly regarded and influential writer than Turgenev. Use this as inspiration, Sagittarius, if you have to deal with anyone’s judgmental appraisals of you in the coming days. Their opinions will say more about them than about you. Refresh your understanding of the phenomenon of “projection,” in which people superimpose their fantasies and delusions on realities they don’t see clearly.

CAPRICORN (Dec. 22-Jan. 19)
Take a few deep breaths. It’s important not to get overly worked up about your recent diversion from the Truth and the Way. I mean it’s not like you sold heroin to high school students or dumped toxic waste into a mountain stream, right? It’s true that you’ve incurred a minor karmic debt that will ultimately have to be repaid. And yes, you’ve been reminded that you can’t allow yourself to lower your standards even slightly. But I doubt any of it will matter in five years -- especially if you atone now. So please go ahead and give yourself a spanking, make a definitive plan to correct your error, and start cruising in the direction of the next chapter of your life story.

AQUARIUS (Jan. 20-Feb. 18)
Have you ever tried to drink from a fire hose? The sheer amount and force of the water shooting out the end makes it hard to actually get any moisture in your mouth, let alone enjoy the process. On the other hand, it is kind of entertaining, and it does provide a lot of material to tell funny stories about later on. But are those good enough reasons to go ahead and do it? I say no. That’s why I advise you, metaphorically speaking, to draw your sustenance from a more contained flow in the coming week. Cultivate a relationship with a resource that gives you what you really need.

PISCES (Feb. 19-March 20)
The coming week will be an excellent time to declare your independence from anything that depresses you, obsesses you, or oppresses you. You will attract help from unexpected sources if you take that brave action. At the same time, it’ll be a perfect moment to declare your interdependence with anything that fires up your imagination, stirs up smart hope, or fills you with a desire to create masterpieces. Be adventurous as you dream about blending your energies with the very best influences.

ARIES (March 21-April 19)
It’s time for your right hand to find out what your left hand has been doing lately, and vice versa. They’ve been attending to their separate agendas for a while, and now it would be wise to have them work together more closely. As they get reacquainted, a bit of friction would be understandable. You may have to serve as a mediator. Try to get them to play nicely with each other for a while before jumping in to the negotiations about how best they can cooperate in the future. And be very firm with them: no slapping or fighting allowed.

TAURUS (April 20-May 20)
Some relationships that you call “friendships” may be little more than useful connections or status boosters or affiliations that enhance your power and influence. There’s no shame in that. But it’s also a smart idea to make sure that at least some of your alliances are rooted primarily in pure affection. You need to exchange energy with people who don’t serve your ambitions so much as they feed your soul. The coming weeks will be an excellent time to cultivate friendships like that. Take good care of those you have, and be alert for the possibility of starting a new one.