Hail to the world-famous Elvis impersonator 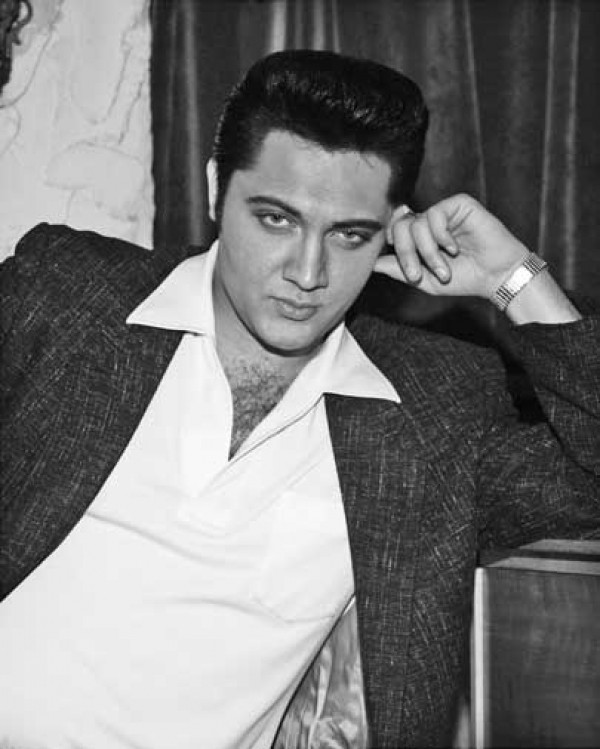 One Christmas, Justin Shandor’s mother gave his father some Elvis cologne. “He never opened it,” says the 28-year-old Elvis impersonator. “I took the [accompanying] tape and started listening to it. It had ‘I Slipped, I Stumbled, I Fell’ and ‘Wild in the Country.’ I thought it was great.”

Born in Detroit to a family of R&B and jazz musicians, Shandor aped his chart-toppin’ hero from an early age. When his parents divorced, he moved with his mother to Las Vegas and dropped out of school. “I was getting in too many fights … because I dressed different, like from the ’50s.”

Shandor thought he’d play piano in Vegas, but he was too young. But an advertisement for an impersonator act called Elvis-O-Rama beckoned. “I had a lot of guts,” he says. “I asked if they needed an Elvis understudy.” They didn’t. “I showed up anyway.” Curious, the other Elvis impersonator put Shandor onstage. His reaction? “You play good, you’re just a little too young and you look at little too much like Ritchie Valens.”

After a short-lived gig at FAO Schwarz doing Elvis while demoing a kids karaoke machine, Shandor returned to Elvis-O-Rama, begging for a shot. After two songs, the owner told him he was the “closest to ’50s Elvis I’ve ever seen.” Shandor—then 16—became the youngest working Elvis impersonator, doing eight shows a week on and off the Strip. And by 2010, he was Numero Uno, having won an international contest staged by the estate of the King.

Ascribe that to Shandor’s uncanny resemblance to Presley, so much so that the Elvis estate, before they knew better, asked him to cease using Elvis’ photos in his promotions. Onstage, the similarity is astounding: The voice—and the legendary pelvic thrust—is spot-on.

But he doesn’t carry the shtick too far, like most Elvis tribute acts. For full-production Elvis shows, like in Memphis and Chile, where he regularly plays for huge crowds, he’ll match every nuance—“You have to be Elvis.” But at the club shows, he’s himself between songs. “I can have a lot more fun.”

Shandor re-creates Elvis for fans old and new, giving them a taste of the King from the ’50s, ’60s and ’70s. He even plays a “new” tune, written by Elvis songsmith Michael Jarrett 40 years ago. And he has similarly transported his band, which includes actual Elvis sidepeople like vocalist Estelle Brown and keyboardist Glen Hardin. “It takes them back,” Shandor says, a little sheepishly. “You see a glimmer in their eye; they remember. And once I got a hug from Estelle, who told me I took her back to a great time.”