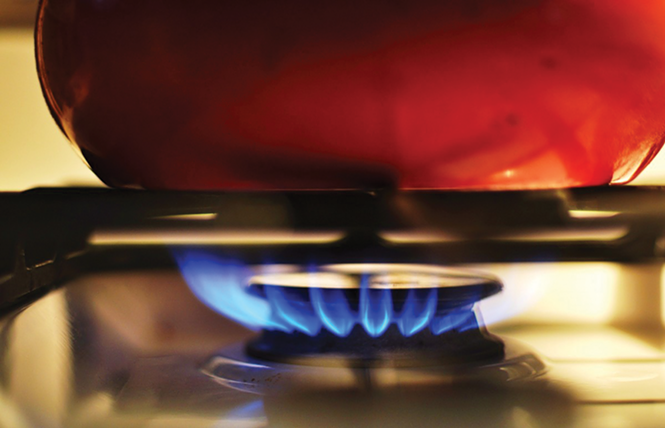 Kazé Sushi Opens
Downtown SLC recently welcomed Kazé Sushi Bar and Grill (65 E. 300 South, 801-800-6768, kazesushiut.com) to the neighborhood, and the hip little restaurant looks like it's going to be right at home. Kazé touts a huge menu of traditional sushi rolls, along with a few of their chefs' own creations—the Kazé roll with salmon and tuna topped with lotus root and habanero looks particularly tempting. In addition to their fully-stocked menu of sushi, the restaurant also offers a full menu of Japanese entrees such as saikoro steak and pork tonkatsu, the entirety of which sounds like food that is too beautiful to eat. The combination of an inviting menu, stylish interior digs and easy access to some of the best street traffic is making the right kind of first impression.

Lunch Hours and Private Events at Rico Cocina Y Tequila Bar
When Frida owner and restaurateur Jorge Fierro rebranded his flagship restaurant as Rico Cocina y Tequila Bar (545 W. 700 South, 801-983-6692, ricococinaytequilabar.com), we knew some big changes were in store. Recently, a post on Rico's Instagram account announced that Rico Cocina is now only open for lunch (11:30 a.m. to 3 p.m.), reserving its evenings for private events. It's a move that definitely makes sense—if you've ever been to an event at the Rico Warehouse, you know it's one of the most unique venues in town. A cool space plus a fully functional kitchen staffed by some of the finest creators of Latin American cuisine is sure to attract some traffic. Check out Rico's website or give them a call for booking information.

Los Hermanos Burns Down
In an unfortunate turn of events, Los Hermanos Restaurant (71 E. Center St.) in downtown Provo caught fire and burned to the ground last week. As of press time, local authorities were unsure of how the fire began, but it was severe enough to destroy the restaurant as well as the office space above it. The owners, Craig and Lisa Witham, are currently looking for another location. The restaurant has been a part of downtown Provo's landscape for more than 30 years, and the Witham family has organized a GoFundMe campaign to raise money to support the owners and their staff as they struggle to relocate.

Quote of the Week: "Cooking is like love. It should be entered into with abandon or not at all."