Businessman Garn knew this day would come: Breaking a contract is nothing new. 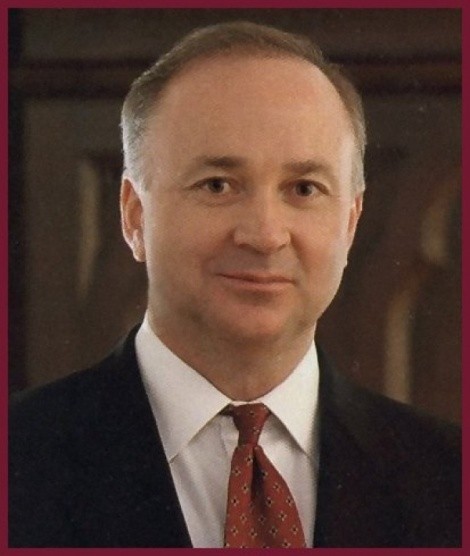 Quick—what do City Weekly and Kevin Garn’s ingénue hot-tub partner, Cheryl Maher, have in common? Answer: He’s paid both of us lots of money but it wasn’t enough to shut us up. And if he hadn’t paid us both, people might never would have known who either of us are. It’s both ironic and true that if not for Kevin Garn, this paper might not exist.

I never met Garn, but had plenty of chances to. Pegasus Records, the record-store chain he owned, was buying ads like crazy in our little newspaper, Private Eye, as it was called in the early 1990s. I was in his Layton office about once a week picking up checks, dropping off artwork and invoices and coordinating advertising co-op monies.

People often ask me how this newspaper got started. I always reply that starting it was easy, but surviving it was hard, and that if not for a select group of advertisers we wouldn’t have survived. Those advertisers each came along at a precise time that was both elemental and accidental—it’s safe to say that without them there would be no City Weekly today. Outside of the key times General Distributing generously placed ads for Budweiser beer, I’ve never mentioned who those critical advertisers were. But, there’s no denying that Pegasus Records was among them.

We never called them for advertising, and I can’t recall how they came to find us. Perhaps they had seen the ads placed by another valued and historic advertiser—Sound Off Records—and decided to get in the game. The very first ad placed by Pegasus was a full page for some metal band, whose name escapes me now. And they paid top dollar. Each week, I’d get an order, drive to a little white office in Layton and pick up a check. It was either from the name on the office door or the one upon the checks that I first became aware of KSG Distributing.

The letters stand for Kevin S. Garn, who was yet to become both a member of the Utah House of Representatives and a wealthy developer. I remember thinking that I had the best of fortunes to be doing business with a guy who must have been the only liberal in Layton. I assumed he was a liberal because the records he sold were most certainly the work of the devil, and the lyrics to those songs were sometimes far more graphic than the nasty ads we used to run in the back of the newspaper. I figured we could share a drink sometime.

But in 1992, when Garn first ran for the Utah House as a Republican, I knew that having a drink sometime would be ... never. By then, he was seven years removed from the hot-tub date he had had with Cheryl Maher, who was but 15 years old when Garn brought her to Salt Lake City for his personal “Stones” concert. “Great Balls of Fire,” as sang by Jerry Lee Lewis (who also had a relationship with an underage girl), could have been that evening’s theme song.

I guess Garn figured they both had plenty of time to dry off and that his teeny-bopper fixation wouldn’t prevent him from becoming an even bigger big shot. It didn’t. Garn subsequently made even more money and became even more powerful. Only when he announced his run for the U.S. House of Representatives did Maher remind him of the scars he had left her with back in 1985. Before he could sing the second verse of “My Ding-A-Ling,” he wrote her a check for $150,000 as restitution for the damages he admits he caused her.

We all know that didn’t pan out so well for Garn. However, I think he got off light. I hot-tubbed in 1985 also, at what I am sure is the same location as Garn—but not with a minor. Now, she’s my wife, and I’m still paying for it. We didn’t sign a nondisclose.

But Maher did sign one, and now is telling her story to anyone and everyone. Strangely, in Tuesday’s Salt Lake Tribune, reporter Robert Gehrke wrote as if his newspaper had just found Venus de Milo’s lost arms. Nah. We got the same unsolicited e-mail from Maher as “Scoop” Gehrke did—as did most other local media. Maher says she doesn’t want the money—and is even willing to pay it back to Garn if he’ll take payments—and that she just wants to get her life back. I believe her. Coming clean is a wonderful elixir.

Maher’s critics have chastened her for breaching that “contract” with Garn to remain silent. Some even think that breaking her silence is a worse transgression than what Garn did to her. They say she is bringing down a great family man and no good can come of it. I disagree. Garn’s a creep.

He is also a businessman. He understands risk. He took a risk and he lost—twice. He risked it all when he stepped out of his temple garments and into the hot water with Maher. He took a risk again when he gave Maher her “restitution.” But, there’s not a businessman in town who hasn’t had a contract go south on them. Businessmen often do business again with someone who previously has broken a contract with them if there’s more money to be had. Breaking a contract is nothing new.

What is new is that Maher has nothing of value to offer Garn except honesty—a value not found in the pockets of dirty old men. Deep down, Garn knew this day would come, but that didn’t stop him from taking money from any number of campaign donors or investors—who can only wring their hands for placing their funds and faith with the goody-goody former LDS bishop. He stole as much from them as he did from Maher. By now, we should all know that the Garn saga is simply one more Utah broken record, and playing it backward only makes it worse.