Kiss Off: A gay couple cited for holding hands on Main Street Plaza. 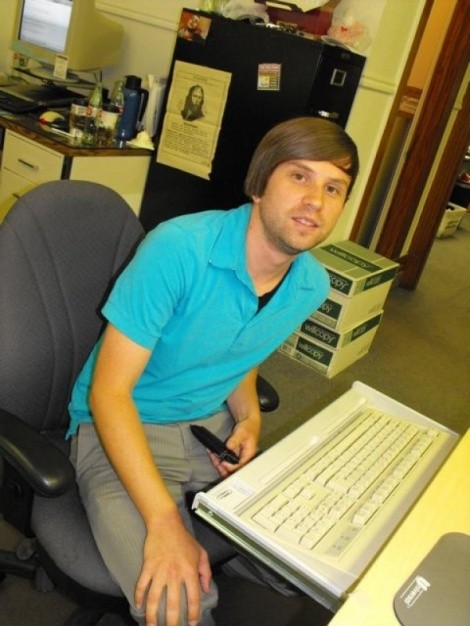 Following the Thursday Twilight concert, Jones, an advertising account manager for City Weekly, says he and his boyfriend thought they were alone on the plaza as they walked to their home to Capitol Hill around 11 p.m. It was a walk they’d taken on many occasions. The couple paused for a moment, Aune put his arm around Jones and gave him a kiss on the cheek. At that moment, Jones says, a number of security guards descended upon them.

Representatives of the LDS Church would not return calls to comment on this story.

Aune said that once officers detained them, he challenged them to find out what they were doing that was actually wrong. “I was trying to get the real reason out of them, which obviously was they were targeting us because we were a gay couple," Aune says.

As Aune pressed officers to explain, the couple says as many as half a dozen security officers responded to the call. In between security officers allegedly telling the couple their behavior was “unnatural” and “just wrong,” the pair were split up. Jones says he was forced to the ground on his stomach and handcuffed and that Aune was also detained and cuffed. Both, he said, were searched by church security.

“At no time did we ever refuse to leave,” Aune says. “After we were in handcuffs, they said, ‘You can leave, or we can call the police.’” Officers of the Salt Lake City Police Department arrived and issued the pair misdemeanor citations for trespassing. SLCPD spokeswoman Robin Snyder could not comment to specific details of the incident but did say that on private property, individuals who are said to be refusing to leave are subject to trespassing violations.

Karen McCreary, executive director of the ACLU of Utah, was not familiar with the incident. She notes that the Main Street Plaza has been private property since 2003 when the Salt Lake City Council relinquished public easements over the property in exchange for LDS Church-owned property on Salt Lake City’s west side and money to build the Sorenson Unity Center at 1383 S. 900 West.

The 2003 city-church land swap, and the ACLU lawsuit that followed, were the final act in an eight-year battle over the plaza. When the city initially sold a portion of Main Street to the LDS Church in 1999, the sale came with four public easements, including an easement for the public to use the plaza as a through street between South Temple and North Temple. But the public easement came with all sorts of behavior rules (forbidding things such as swearing) and the subsequent arrest of a Christian preacher on the plaza began the first of two lawsuits that would take the plaza issue to federal court.

In 2002, the federal 10th Circuit Court agreed with the ACLU. But one line in the court’s ruling said the city could get around the problem by getting rid of the easements. That’s what the City Council did in 2003. The ACLU sued again, arguing that the city couldn’t sell the public’s rights. The ACLU likened the city-church deal to Southern cities deeding public parks to private groups in an effort to avoid desegregation. But the 10th Circuit Court upheld the city-church deal, which allowed the creation of the private plaza that only looks like a public space.

"This is what [the LDS Church] claimed in 2003 would never happen,” Aune says. “When the controversy over the easement was high, they said it was a paperwork issue. It wasn't. We knew it back then. They want to filter activity through that plaza."