The King of Cocktails

A martini has three ingredients, just three—gin, vermouth and a garnish. So why the hell can’t anyone agree on how to make the King of Cocktails? The issue has been debated at length, but I think the problem stems from places like Applebee’s addin’ the suffix “-tini” to the name of any drink that has berries in it. But, thankfully, all is not lost: Salt Lake City has a place like Kristauf’s Martini Bar (16 W. Market St.). This downtown speakeasy is an upscale sippin’ bar with more than 85 martini concoctions that can appease everyone from American-beer drinkers to the choosiest cocktail snobs. Try the award-winning $8 crisp pear martini or a $7 classic martini with blue-cheese-stuffed olives. Plus, every Saturday, cut a rug with DJ James Ramirez. (Photos: Nicole Jaatoul) 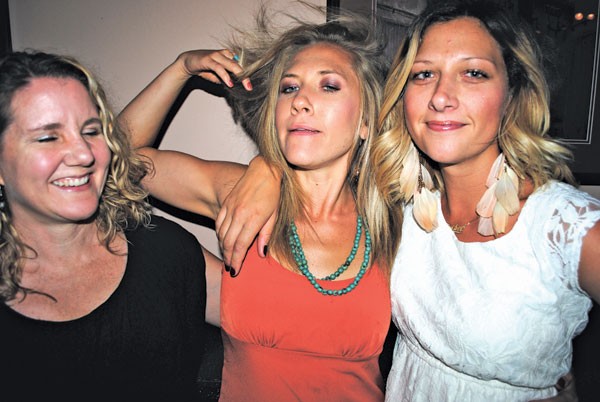 I will, straight up, pick her nose to be in the paper:
Emily Sheen, Kendra Eliason, Sasha Todorow