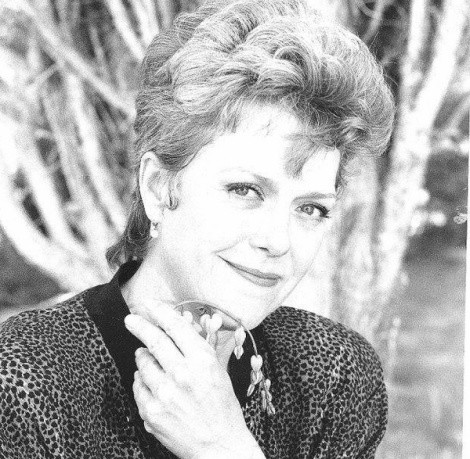 Kristen Merrill is considered the doyenne of singers in Salt Lake City. Her vocal stylings—“in the basement,” as she once described it—found expression in so many different styles for nearly 40 years.

Now that lovely voice will be heard no more. Merrill recovered somewhat after suffering a stroke in April, but a second stroke in September was her finish. She died peacefully in her home Monday, Nov. 21.

As Mark Chaney, her longtime friend and drummer, described her, “She was the best singer to come out of Salt Lake City. She had such clarity and power and really could belt it out.”

Another stalwart musical cohort, guitarist Mike Moulton, said, “She was so deep, with just a unique tone of voice that was instantly recognizable and a real signature.”

While it was as her alter ego, Byla, in the well-known satirical ensemble the Saliva Sisters—along with partners Rebecca Heal and Michelle Nunley—for which she is best known, Merrill always worked in bands outside of that group to fuel her passion. She would belt out rock and jazz with her groups the Kristen Merrill Band and the Bel Airs, and often would pop onstage with others to sing a quick number as she once did with country rockers Cow Jazz. Much in demand as a vocalist on a host of other artist’s recordings, Kristen also was an accomplished lyricist, writing the majority of the Saliva Sisters material as well as that of her own bands.

The first Saliva Sisters performance was at the Utah Arts Festival in 1979, where the group became a mainstay for 20 consecutive years. Dates at conventions around the country for, among many others, the National Association of Women, Ford Motor Company and Coca Cola were interspersed with shows here such as the National Conference of Republican Governors, the Sundance Film Festival, the Utah Shakespeare Festival and the United States Army Officers.

Many local musicians credit Merrill as a major influence/mentor on their careers, and not just from her expansive knowledge and talent in so many areas and genres. For so long, her Millcreek “mansion” that was subdivided into several apartments served as home to a great many local musicians. That locale was also the setting for legendary jam sessions and more than a few wakes for the passing of some of the gregarious artist’s friends.