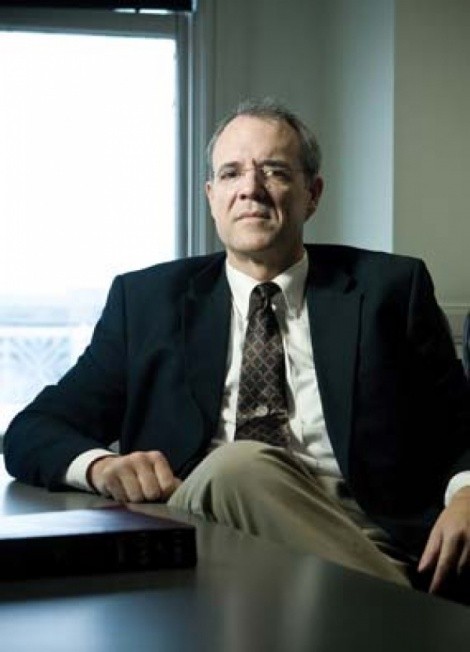 After years of litigating sexual harassment lawsuits, Salt Lake City attorney Randall Edwards says the case he’s filed on behalf of Jeanne Marshall, a former paralegal at personal injury law firm Siegfried & Jensen, is unique—and not just because, as the lawsuit alleges, that founding partner Ned Siegfried and other attorneys on staff “routinely referred to women employees as ‘bitches’ and ‘whores,’ or, even more coarsely, as ‘cunts’ and ‘bleeders.’ ”

“Despite the fact that you have a firm full of lawyers and you have a published sexual-harassment policy in place, you’ve still got the kind of behavior that is not really more sophisticated than a bunch of guys flipping each other on the butts with wet towels,” Edwards says. In her lawsuit filed Nov. 26 in U.S. District Court for Utah, Marshall names the firm of Siegfried & Jensen as a defendant and alleges her direct supervisor, attorney Gary Ferguson, fired her unjustly. Her suit alleges the firm violated federal and state civil-rights laws. Marshall seeks general and punitive damages against the firm, as well as payment of her legal fees and an award of back and future pay.

Beyond alleging her bosses’ use of offensive language, Marshall claims she was terminated on Feb. 29, 2008 because of her pregnancy. Marshall had announced she was pregnant with twins in December 2007. She experienced complications one month later and lost one of the twins. Marshall returned to Siegfried & Jensen after a five-week disability leave only to be fired, she claims in the suit. Siegfried & Jensen maintains she was never fired but is still on medical leave.

Marshall worked as a senior medical malpractice paralegal at the firm for roughly two years. She said she noticed the vulgar language immediately but just tried to tune it out. “I was in my cocoon trying to stay away from it,” she said in an interview. Marshall alleges Siegfried would routinely say women at the office with whom he disagreed had their “tampon in sideways” or that it “must be that time of the month.”

Siegfried flatly denies Marshall’s allegations. “Four out of my five children are girls,” he said, in an interview. “To say that there’s some history of women-bashing [at Siegfried & Jensen]—that’s preposterous.”

Marshall’s biggest complaint, however, was with her supervisor, Gary Ferguson. She claims in court documents that after she announced her pregnancy, he became very critical of her personal life, frequently recommending that she divorce her husband and abort her pregnancy—even calling her while she was on medical leave to undergo surgery due to pregnancy complications.

“He said, ‘You just need to abort it and be done with the pregnancy; just tell them that you want to be done with this , and they’ll take care of it right there,’” Marshall said. “I’m completely hysterical and freaking out because I have two critically ill babies that I’m trying to save.” Ferguson could not be reached for comment.

Marshall’s condition stabilized, and her doctor said she could return to work until the surviving fetus came to term. She said she gave Siegfried & Jensen notice a week out and called the office manager the Friday before she returned to work.

Upon her return on Feb. 25, 2008, Marshall says she was relegated to a corner desk with no computer and ignored throughout the day. Marshall alleges in the lawusit that Ferguson’s first reaction to her return was to complain that she looked “very pregnant” and that she “was no good” to him in that condition. After a week of this treatment, and after sitting in the office “for several hours at a time with no assignments and nothing to do,” according to the lawsuit, Marshall concluded she had been fired.

Marshall’s suit alleges a “malicious pattern of sexual harassment and pregnancy discrimination” against employees, who were either fired or forced to quit. She also claims management was selective in how it treated employees.

When Marshall sought unemployment benefits, Siegfried & Jensen objected, saying she had never been terminated. Siegfried told City Weekly he didn’t think she would be back from her medical leave until she delivered her baby. In the interim, they were restructuring the office, he said. When Marshall returned, firm employees had to scramble to find work for her after it already had been reassigned.

But Marshall’s attorney, Edwards, had used evidence from a conversation with Siegfried to win two Department of Workforce Services hearings that allowed Marshall to collect unemployment. Edwards said that during a settlement conversation, Siegfried told him Marshall “had to go” and was a “toxic” person who needed a “personality-ectomy.”

Siegfried said “personality-ectomy” was a poor choice of words but denies ever inferring Marshall had been fired. “Jeanne is kind of a difficult person to interact with,” Siegfried said. “[But] she was a competent employee nonetheless and we had no intention of firing her.” Siegfried is also critical of Edwards, claiming the attorney breached legal decorum by using part of that settlement discussion for his lawsuit.

“You can’t have it both ways,” Edwards responded. “You can’t say she’s a ‘terrible,’ ‘toxic’ person and then say ‘Gosh, we wanted her back.’ When he says she’s still working for us after he’s admitted she’s not, I don’t think I’m required to be silent.”