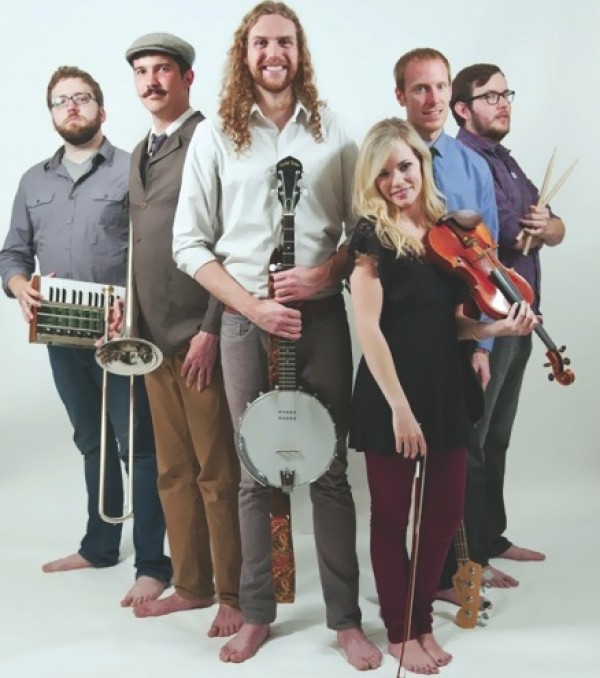 “When [an EP is] done the right way, it can be a bridge between albums—stylistically. If an artist wants to progress with their music, an EP can be a good way to introduce new sounds to prepare people for what’s next,” says Rob LeCheminant, songwriter for the 2013 City Weekly Band of the Year, L’anarchiste.

The six-piece epic-folk band will release a seven-song EP, The Traveler, on Aug. 20, which will bridge the gap between the band’s 2011 self-produced, self-titled EP and a forthcoming full-length, Giant, which will be produced by Nate Pyfer (The Moth & the Flame, Polytype, Mideau) at June Audio this September. Giant will showcase a new aspect of LeCheminant’s songwriting style, namely restraint and elements of pop music, which will be introduced on The Traveler.

Tracks like “The Traveler” (broken into two parts, which bookmark the EP) and “Juneau” are some of L’anarchiste’s most accessible songs to date, due largely to more driving rhythms and hook-laden melodies—something to rock along to, not take in symphonically as with the band’s previous songs—and will appeal to fans of Local Natives and Arcade Fire. That said, these poppier tracks still sprawl out, take their time to get to the punchline, and offer up the band’s signature build/explode/re-assemble/resolve formula.

L’anarchiste didn’t intend to release this EP; rather, it came out of culling tracks for the forthcoming LP. LeCheminant, taking producer Pyfer’s advice, scrapped his original track listing. “I wanted something big and grandiose. When I write that, it tends to be darker,” LeCheminant says, adding that his original vision was too “heavy, brooding. It turned out that it was emotionally draining. It was missing an element.” Nearly 20 songs were written and fleshed out, in total, while writing the LP, of which a dozen made the final track list.

LeCheminant took the leftover tracks—far from throwaways—and crafted this EP, “because it bridges the two albums, in that I want to introduce new sounds, but I wanted to keep the same sprawling sound on the first record,” he says. “I wanted to maintain that distinct L’anarchiste sound.”

An EP can also serve to appease fans. L’anarchiste lovers have been awaiting Giant for over a year; the whole creation process has faced several minor setbacks. But a recent successful Kickstarter campaign helped push the album forward with needed funds and showed the band how many fans were ready to hear new music.

“We don’t want to keep people waiting for music, so we want to release The Traveler,” LeCheminant says. “With Giant, it could take longer than expected, because we want to shop around for record labels and distribution. We want to really go about it the right way, and hope that it gets us somewhere.”