Death of ex-cop points to need for services 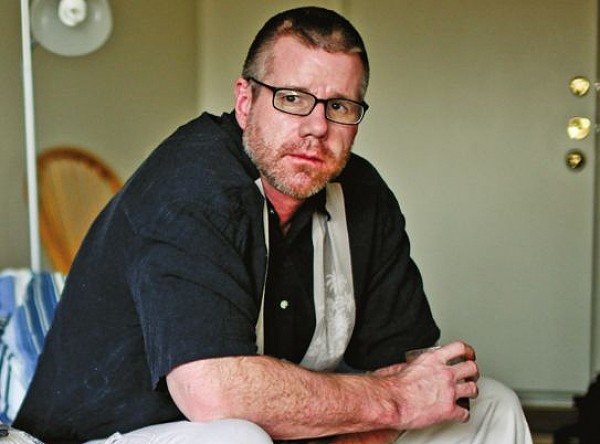 When Lane Heaps was a graveyard patrol cop, he found an elderly transient crying under the freeway. An unidentified assailant had sliced her cheeks so deeply that “you could see her tonsils.” It was the sound the woman made that haunted him. “It was like, ‘I have to live this shitty life and put up with this, too? I’ve had enough of this. I’ve had enough of this life.’ ”


That was a philosophy that Heaps, a retired Salt Lake City Police Department officer, had come to understand all too well in recent years. By the time he died Oct. 15, 2012, of liver failure, the robust if melancholy man featured in the Feb. 10, 2011, City Weekly cover story “Burned Out Cop” was almost unrecognizable in the thin, unresponsive figure with a scraggly gray beard, lying in a hospital bed surrounded by family and friends. He was 51 years old.


SLCPD Chief Chris Burbank, Heaps’ friend, says, “Lane lived his life on his own terms. While it was very hard to see him in the state he became, it was his choice. In a lot of ways, you have to respect that.”


The liver failure was the result of decades of heavy drinking and pain pills. “Don’t worry,” Heaps told his second wife, Roslyn Rainey, also a police officer, “I won’t linger on; I know I’m ruining my liver.” That said, Rainey, who had separated from Heaps 18 months before his death, says he wasn’t suicidal. He would simply say, “Life is so hard; I can’t imagine not being better off dead.”


In the past four years, three serving SLCPD officers have committed suicide. Alcohol, a firearm and a precipitating event are the typical factors involved, Burbank says. Whether Heaps’ death was the culmination of a long suicide or simply the end of a tragic life of someone who felt betrayed by the job he so loved, it underscores the dire need for well-funded resources for troubled ex-cops.


But cops say there’s a lack of political will and money, along with a general apathy toward former officers struggling with retirement. “Cops probably wouldn’t participate in anything anyway,” says one cop acidly.


Both Burbank and Salt Lake County Sheriff Jim Winder agree that the lack of resources available for outreach to retired cops is lamentable. “Honestly, there are no services available,” Winder says. “We’re trying to do something about it.”


While Burbank has an employee dedicated solely to officer care, Winder has brought in former politician Jackie Biskupski to head up a new initiative, the Utah Retired Police Officers Association, dedicated to giving retired cops a political voice. Among those sitting on the association’s committee is former Salt Lake County Sheriff Aaron Kennard.


But even that move has hit a wall. Nobody has a list of who the retired cops are.

In contrast with fire department retirees, who still enjoy the camaraderie of former colleagues, cops, Winder says, “are hired as individual resources: They drive their cars, they work their beats,” resulting in a sometimes painful isolation post-retirement. Word rarely reaches serving cops when former colleagues die. “I didn’t know,” said Winder when informed of Heaps’ death.


The Feb. 10, 2011, City Weekly story, which depicted a man who’d fallen prey to alcohol abuse and prescription pain medications, didn’t necessarily benefit Heaps. He received a letter from the pain clinic he was attending, having struggled with chronic pain from back surgery complications for years, threatening to withdraw their clinical services. Days after the story came out, Heaps was also involved in a confrontation with Murray police officers called by a concerned neighbor to the dingy, two-room basement apartment where Heaps lived alone. The officers Tasered Heaps before they could subdue him. He took a plea in abeyance in September 2011 on a misdemeanor charge of interfering with a police officer.


Heaps had worked both vice and as a patrol officer on the graveyard “union squad” in the 1990s. Though Heaps had a reputation among some colleagues for being cold and intimidating, Burbank, then Heaps’ sergeant, learned of a different man at 3 a.m. They would park car-to-car and talk “about life, death, religion and our expectations of life. Those good times shaped who I am today, they shaped my leadership style, no question,” Burbank says.


When Heaps punched a handcuffed suspect who kicked at him, he was dismissed from the force and subsequently prosecuted by the district attorney, only for a jury to throw the case out.


“He dealt with a lot of demons, depression and anxiety after he was fired in 1999,” Rainey says. “He was an all-or-nothing person. He never let go of the injustice that he had to go through all of that.”


In the past few years, Burbank says, he urged Heaps to seek professional counseling, even offering to pay for it himself. But while Burbank can mandate that officers who’ve been part of a traumatic event go to Employee Assistance four times, he can’t do the same for retired officers who are struggling.


During Heaps’ marriage to Roslyn Rainey, she says, he was antisocial, avoiding family gatherings, preferring TV or golf with friends. But after they separated and he was alone in his apartment with just a semi-feral cat, Molly, for company, Heaps craved human contact. Until he could barely move without a wheelchair, he involved himself in the lives of the down and out—people, he would say, who understood him better than those in mainstream society.


He separated fights with his walking stick, and his apartment became an open living room for alcoholics and addicts until, Rainey says, five months ago, he started locking his door. “He realized so many of them were users. He was passed out drunk, and they were robbing him.”


Heaps had a low tolerance for flaws in others as well as in himself. That he acquiesced to people taking advantage of him flabbergasted Rainey. His response was, “If I don’t associate with them, I have no one.”


Despite the separation, Rainey continued to support him, visiting him, keeping his place clean. Heaps told her shortly before she left on a vacation to New Zealand that he was ready to die. She’d heard it so many times, it seemed no more than repetition. But while abroad, she received a phone call from her daughter that her husband was dying. She talked to him on the phone in his final hours.


At Heaps’ wake in Draper on Oct. 20, serving cops lined one corner wall while family and friends milled around the conference room. Rainey had set up a display including poems Heaps had written—“Black As Day,” “Paradox” and “Forever Falling”—along with a copy of his manuscript “Eights & Aces,” with a card from Truman Capote biographer Gerald Clarke noting his writing showed promise. There was a plaque from his vice-squad colleagues dedicated to Lane “Luther” Heaps and a copy of the Velvet Underground’s second album cover—a reminder of Heaps’ time as a music blogger for CityWeekly.net.


Rainey told the assembled mourners that Heaps talked about a death a lot. “He liked pushing things to the extreme,” whether it was physical confrontation or tact. But what was missing from people’s understanding of him was his complexity, the gentleness of his heart.


Among those who shared their memories of Heaps were his children. Get past Heaps’ “rough, tough exterior,” recalled one daughter, “and you could worm your way into his heart. Once there, you’ve got a place there forever.”