At what age can you live without fear of negative health consequences? 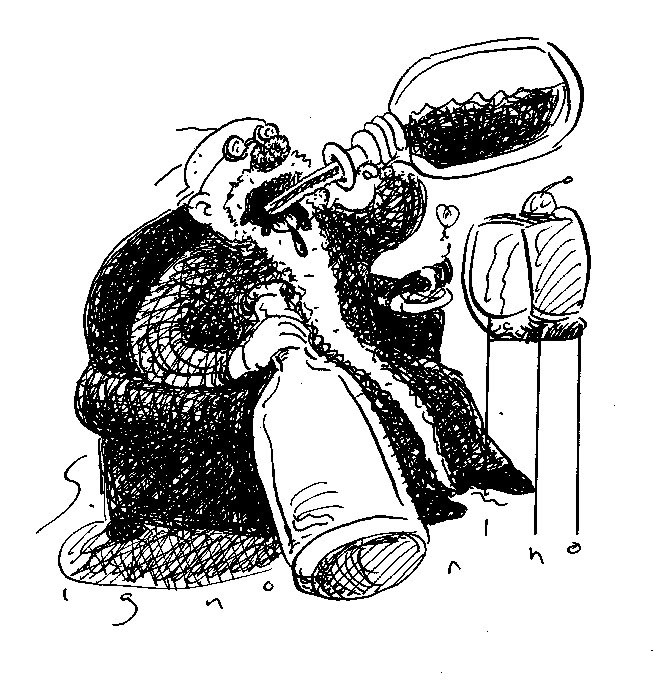 I'm in my mid-40s. My cholesterol is great, my blood pressure and weight are perfect, I have no history of serious illness, I've never smoked, my use of drugs has been minimal, and I rarely drink anymore. I don't exercise as much as I should, but my job keeps me on my feet and moving. The handful of life-expectancy calculators I've used online have me living to between 80 and 84. At what age can I just say fuggit and start eating any damn thing I want without fear of negative health consequences before I croak? —Daniel T.

You piqued my interest. After Googling my way to the University of Pennsylvania's life-expectancy calculator, I soon received the information that I will most likely live until I'm 93, with a 25 percent chance of reaching 102 1/2. Egads, I thought—I haven't saved nearly enough money for the nursing home/vegetable incubator I will undoubtedly need for those last couple decades. Luckily, the stress of the subsequent hours of financial calculations caused the health-damage equivalent of a brain aneurysm, changing the UPenn prediction to "You could keel over at any moment." Those weren't going to be fun years anyway.

Interestingly, when I altered my starting age to 85 I found I could only gain or lose about three quarters of a year by playing around with the diet, exercise, and smoking parameters. This seems to point toward the idea of a death clock: by the time we reach a certain age, how long we've got left has been predetermined by our genes and previous lifestyle choices.

Unlike the population at large, however, the Straight Dope doesn't trust random online quizzes, so we decided to delve a little further into the facts on this one. (Just don't expect us to get into the science of Which Disney Princess Are You?)

Studies have traditionally defined "elderly" as 65 and older, and in most studies, lifestyle choices (diet, exercise, etc.) were seen to have an effect through age 75. That's around where the data have tended to stop, in part because for most of human history few people cracked 70—for a while there, it was pretty much just Charlemagne, a couple of shahs, and quite a surprising number of inconsequential Lithuanians.

But this research is becoming less and less relevant: It's the 21st century now, and Hugh Hefner's doctors want to know if they should restrict his Viagra consumption. The proportion of the population identified as the "extreme elderly"—85 and up—will increase by more than half in the next 15 years. As a public service, then, we've broken it down for the post-80 crowd:

Cardiovascular disease. This is a major health problem among those over 75, affecting 50 percent of women and 70 to 80 percent of men. Reducing blood pressure can help the extreme elderly avoid heart attacks and strokes, but studies show it won't actually make you live longer. Go figure.

Cholesterol reduction. Diet and exercise don't have clear proven effects. Nor do most traditional drugs, like statins or beta blockers. Aspirin might be beneficial, but it also might make your stomach bleed. Your call on that one.

Smoking. A study using data from nearly 95,000 Japanese men and women found reduced mortality risk for ex-smokers who quit between ages 65 and 79. On the other hand, some doctors have speculated that for the very old, the stress of trying to quit may have a harmful effect outweighing the benefit.

On to some of the things we do know. Perhaps surprisingly, the extreme elderly who are slightly overweight have the most favorable mortality rate. Those who gain a modest amount of weight while getting older are also much better off. Only the obese and the diabetic stand to benefit from weight loss in old age—weight loss among the diabetic can actually reduce cognitive decline. But those who were overweight when younger still had a higher risk.

Maybe most baffling is the news on alcohol consumption (pay attention here, Daniel): A very large 23-year study of elderly Californians reported that drinkers' annual risk of death was 15 percent lower than nondrinkers'. This was true for men and women, as well as for all types of alcohol. Mortality was highest for those who quit drinking during old age, while those who picked it up lived longer. In other words, we should stop fretting over the fact that Gérard Depardieu drinks 14 bottles of wine a day.

It seems reasonable to conclude that unless you already have serious health problems (like diabetes), your best bet in advanced age is probably to avoid any drastic changes to whatever lifestyle your body has gotten used to. However, if you're not that fussed about losing those last 10 years of drooling on the crossword you're desperately trying to finish in order to stave off Alzheimer's, I would say go for it. Throw back the Twinkies. Shovel down the deep-fried everything. Swear off exercise and sit on the couch binge-watching Netflix for the rest of your life. Just God forbid you stop drinking.