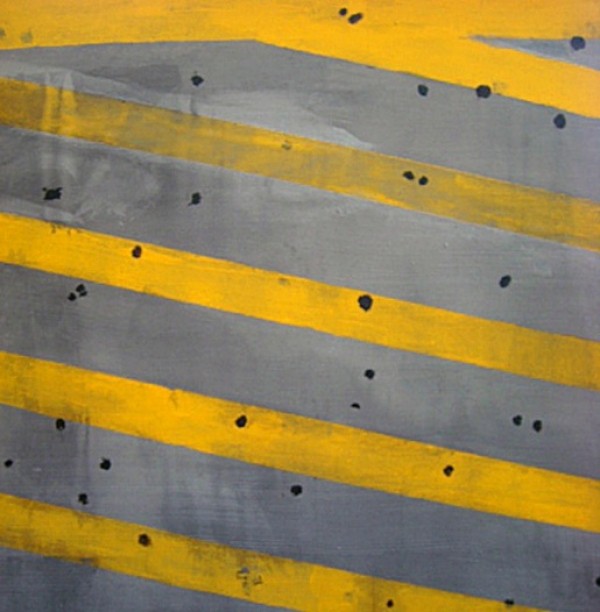 One of the roles of art is to show us things we otherwise might not see—segments of the world we might not notice, or to which we might not pay much attention. We like to think of the world as a tidy sum, or at least a whole, of which we can achieve some kind of meaningful grasp. But what is there that eludes us, that escapes our view? Psychologists say we piece together a picture of the world from incomplete information, but it still somehow seems to add up.

Artists can help fill in the blanks for us when that image doesn’t make sense, emotionally or otherwise, to help draw a more complete picture. By the same token, art has been used as therapy to work through emotional issues. Layne Meacham, a licensed psychotherapist practicing in Logan, was drawn toward both psychology and art with equal force.

Early on, Meacham dropped out of public school to paint, and studied at the Art Barn during the 1960s, learning from local abstractionists Don Olsen and Lee Deffebach. “The Art Barn was a place for artists like me, people on the fringe,” he recalls. He also visited San Francisco’s Haight-Ashbury and took in the abstractionism and surrealism of the day.

Of serving in Vietnam in the Marine Corps, he says, “If nothing else, Vietnam showed me that our world is pretty crazy.” Realism in art didn’t move him much, since the depiction of an orderly world didn’t jibe with a lot of the things he’d seen. Returning to school, he became interested in adolescent psychology and pursued graduate studies in social work at Columbia University.

His work as a therapist with troubled adolescents, who often see themselves as outsiders, mirrors his interest in “outsider” art, art by prisoners and “primitive” art. He believes in art as a part of therapy, and is an activist in trying to get the state of Utah to incarcerate fewer minors for nonviolent offenses. “People don’t want to be aware of the effects of slamming a kid behind an iron door with only a concrete floor and a mattress,” he says.

Meacham’s early work was reminiscent of the mid-20th-century French primitivist painter Jean Dubuffet: figures rendered crudely, but with great psychological intensity. Since Meacham’s 2005 show of those mixed-media paintings at the Art Barn, his work has taken another turn. Several years ago, he began to notice black splotches on sidewalks and by the side of the road, everywhere he would go, around the world. He finally realized they were wads of gum, spit out, a kind of universal detritus.

Meacham’s exhibit Sidewalks depicts these pockmarks, as well as the painted markings of highway workers—a strange kind of coded symbols and a sort of postmodern hieroglyphics, just out of our awareness yet intrinsic to contemporary experience. “We have wads of gum on the sidewalk all around us,” he says. “We can notice, ignore or embrace them.” Are they abstract? “I don’t think so,” he replies, “because they are actual symbols, in an odd way, very representational.”

“Gold’s Gym on Van Winkle, Salt Lake City, Utah” depicts the yellow lines of the crosswalk in front of the gym, interspersed with random droppings of gum. You might call it “psychological realism,” except it’s a kind of truth about the psyche that’s beyond what we commonly take as “real”—visual snippets taken in almost subliminally, then upon viewing these representations, they elicit an uncanny form of recognition.

“I don’t believe the surrealists’ practice—of letting the subconscious go where it will—is no longer in vogue,” Meacham says. “I see things in the matrix of a canvas that take the forms of animals or people,” and in that sense he is filling in the blanks, at least as he perceives them.

One of the state’s most renowned abstractionists, Meacham was named as one of the One Hundred Most Honored Artists of Utah by the 2002 Cultural Olympiad Committee, under the sponsorship of the Springville Museum of Art. Despite numerous exhibitions of his work around Utah and the West, he downplays his artistic career, saying, “I never painted for the crowd.”

But then, there’s still a playful quality to his work, as if just to see if anyone is paying attention. “I could take a gallon of gold spray paint, put on an orange vest and make crazy marks up and down Main Street, and no one would think anything was out of the ordinary,” he says.