Will legalized prostitution always just be a Las Vegas thing? 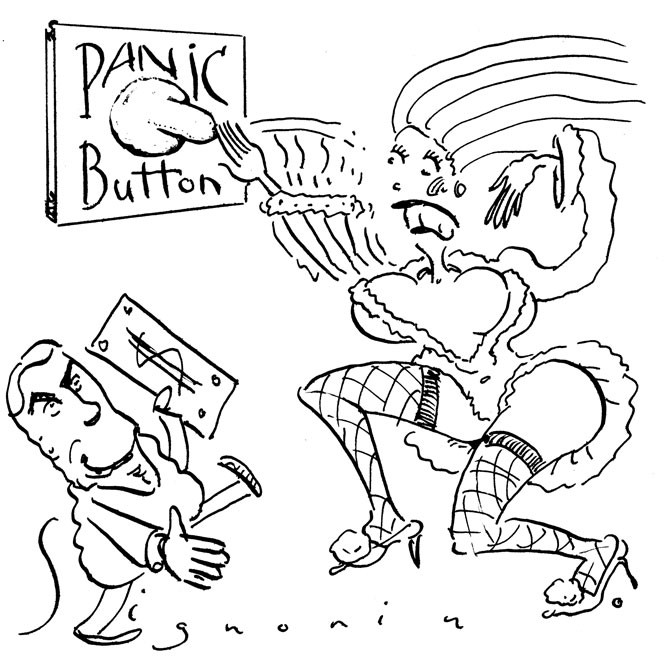 You need to do your homework, john. First of all, if you bought the services of a prostitute in the city of Las Vegas, you committed a crime. Second, legal prostitution is more widely accepted than we provincial Americans may understand: 50-plus nations, including most of the industrialized West, have adopted it to some degree. The growing realization worldwide is that the practice is never going away, and that those selling their services are at far greater risk than their clients. Consequently, instead of trying to stamp out prostitution, lawmakers are increasingly focused on safety.

The modern case against legalizing prostitution is essentially: 1. Legalization would make it more difficult for police to identify and stop pimps and traffickers; and 2. It's such an inherently violent and degrading profession that ethically it can't be condoned. In one survey of prostitutes in nine countries, 60 to 90 percent said they'd been physically assaulted on the job.

No one claims prostitution is the career one dreams of as a child. But police action makes an already hard life even harder: British and American police still target prostitutes much more often than their clients, without any measurable deterrent effect. Raids on brothels (where 85 percent of workers say they feel safe) push more prostitutes onto the streets, where they are more vulnerable to their clients, drugs and disease. U.S. police and prosecutors regularly use possession of condoms as evidence of prostitution, making prostitutes less likely to carry them. And, it's not like the cops are getting women off the street and driving them to job-training classes—sex workers make up a third of all female inmates in U.S. prisons, and a criminal record makes finding alternate work even tougher.

Countries that choose to legalize prostitution generally enforce health and safety regulations (including STD testing); they often provide unemployment, disability and pension benefits for prostitutes, as well as channels through which prostitutes can report violence, enforce contractual rights of payment, and transition out of the industry if they wish. Sixty percent of sex workers in the Netherlands and New Zealand said they felt safer refusing clients after legalization. In Nevada, where it's permitted only in licensed brothels in the sleepier counties (so not Vegas or Reno), there are intercoms, panic buttons and constant monitoring of safety and cleanliness.

That said, legalization isn't easy; plenty of countries have neglected major opportunities for regulation. The Netherlands provides work permits only to EU citizens, forcing immigrants to work illegally and rely heavily on pimps. Germany doesn't mandate condom use, and neither country requires STD testing. It's frequently argued that legalization promotes human trafficking, but it's very tricky getting solid numbers on a highly illicit activity. The trafficking rate in the Netherlands increased after legalization, but the definition was widely expanded at the same time, making comparison difficult.

A controversial solution that's rapidly gaining traction is the Swedish model, under which selling sex is legal but buying it isn't. Already in effect in Norway and Iceland and recently approved by Canada, Northern Ireland and the European parliament, its advocates argue it discourages prostitution and thus minimizes trafficking while sparing prostitutes shame and legal trouble. Critics counter that it's no substitute for decriminalization, saying it denies women their autonomy and makes prostitution more dangerous by making it more furtive. Yearly, Swedish arrest totals have varied wildly—the apparent number of prostitutes may have gone down, but many have likely moved online.

Which brings us to the biggest recent development: the growth of the Internet escort industry. In the U.S., Germany, the Netherlands—anyplace with decent broadband, basically—prostitutes are leaving even legalized brothels for the online marketplace, where websites list services, connect clients with workers, and provide ratings for both. While this is undoubtedly less safe than the better-run brothels, it does allow prostitutes to work independently without pimps. Escorts report far higher self-esteem and job satisfaction than street prostitutes and brothel workers—on the whole, it seems to be a very different job. Internet-based prostitution will undoubtedly be difficult for governments to keep track of, but it may mean the work can occur more on the workers' own terms.

Is prostitution a great life? Clearly not for many. Would I want my daughter doing it? Hell, no—and I'd rather nobody else's daughter did it either. But the idea that we're going to abolish or even seriously control this ancient practice is a harmful illusion. We need to protect the women involved to the extent we can and not just drive them underground. If that means decriminalization plus inspections, licensing and other bureaucratic accoutrements, spare me the moralizing—that's what we should do.