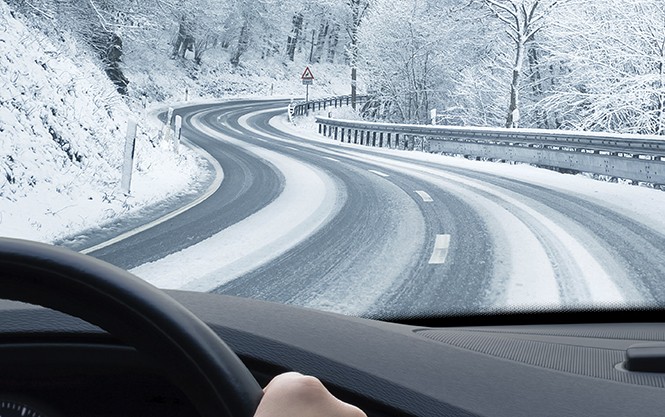 To University of Utah professor Richard Medina, the storm served as a starting point in researching how weather disrupts urban systems. He aims to determine which spots are prime for automobile accidents in Salt Lake City during downpours—information that could potentially cut down on road hazards. This understanding of how cities and storms interweave is unavoidable in light of a predictably warming globe that is prone to fitful fluctuations of extreme weather.

Medina's methodology in the U study will mirror work he did in D.C. when bucket-loads of snow fell to the earth, and something resembling chaos ensued.

During the storm, 911 dispatchers received more than 1,500 calls and another 1,300 were dialed to administration lines. It knocked out power to 400,000 D.C.-area homes. In a research paper co-authored by Medina, the storm is described as having suddenly sprung on the residents and commuters in the nation's capital, adding to the pandemonium.

"This storm was unexpected," states the report, which was published this year. "Many motorists were left stranded and others abandoned their vehicles on the roads to seek shelter."

More than 7 inches of snow was recorded at the nearby Dulles International Airport, and the city didn't have the resources ready to clear the roads. As one might expect, emergency responders saw a spike in car crashes. In less than 24 hours, the Fairfax County Police Department documented more than 1,000 accidents.

The conclusion that crashes occur in snowstorms is no surprise. What Medina and his colleagues aim to pinpoint, however, is where accidents are most likely to occur and what other factors contribute, such as speed, lighting and the condition of the pavement.

"What we saw in D.C. was that accidents were kind of scattered in the system, but over time they stabilized, ended up being in specific places and that's where they stayed," he says. "There was some weird stability in the system where the accidents occurred."

In other words, there seemed to be spots more conducive to car crashes. The snow added to the danger, but specific areas were already vulnerable. And Medina predicts the same is true in Salt Lake City.

"The whole premise is we have an urban system that's built with vulnerabilities," he says. "When you get a big storm, it agitates that system."

Medina, who previously worked at George Mason University near D.C., says a storm of that magnitude hits every several years. This interim gives residents and commuters enough time to scrub from their minds the pains of the last snowfall. It also leads to frightening conditions when storms do occur. When the city is snow-bombed at night, schools and businesses have the option of closing, allowing people to stay home and off the treacherous roads.

"In D.C., they're just not prepared for that type of storm," he says. "They shut down everything when it happens. The problem is when everybody goes to work and then a storm comes that is unexpected and it dumps 2 feet of snow and everyone has to get home."

Even though Salt Lake City drivers are by and large more attuned to driving in the snow, Medina is determined to identify spots of vulnerability that are exacerbated by inclement weather. Instead of focusing on one storm, however, the professor will pore over Salt Lake City traffic data for the past five years.

He intends to begin combing through data with students next semester to test his hypothesis.

"We still have an urban system and there's going to be vulnerabilities somewhere—whether it's poor speed limit, or poor lighting, or too many potholes on the road—that even when we have storms, you should have accidents that, over time, you see those vulnerable spaces get worse and worse," he says.

The data is intended to be predictive and ultimately corrective. Drivers who are aware of an area's vulnerabilities, in theory, will be better equipped to take precautions. And city and state officials can push for safety measures once they know where to look.

Drivers in this state, some say, have plenty of room for improvement. The Salt Lake Tribune recently ran a story whose headline identified Utah drivers as the nation's worst. The article was based on a ranking by QuoteWizard, which pegged Utahns to be the second-worst offenders for accidents and speeding.

"Surprising for a state known for its non-drinking populace, Utah actually made the top 10 for DUIs, coming in at No. 9," QuoteWizard, a site that dispenses insurance information, states. "On the bright side, Utah missed our list of worst states for fatalities, so at least fewer people are dying in all those accidents."

QuoteWizard did not delve into the hazards caused by icy roads, however.

The Utah Department of Transportation provided City Weekly with traffic data logged from January 2013 to the beginning of this year.

In that time period, October through January—typically snowy months—had more traffic accidents. Interestingly, crashes in the summer months were, on average, more severe than those in the other seasons.

"We tend to become a little more complacent because we're not typically dealing with inclement weather conditions," he says in an email. "During the winter months, people are a little more cautious when driving. Many of the crashes that occur during snow storms and icy conditions are minor fender benders or slide-offs. During the winter months, these crashes happen more frequently, but are often less severe."

When isolating data to Salt Lake County, month-to-month crash numbers don't fluctuate quite as much as they do on a state level. December, however, has been the leading crash month in the county over the past few years.

Documenting the crashes between 2013 and the beginning of this year, UDOT calculated more than 12,000 of the 165,000 occurred statewide during times of snow, sleet or hail.

Although the percentage of crashes that occur during snow, sleet or hail amounts to a small percentage of the total crashes, they should be viewed in the proper context.

Between Jan. 1, 2013, and Jan. 1, 2016, Salt Lake City experienced unusually dry weather. The total snowfall recorded at the Salt Lake City International Airport during those three years is just over 109 inches, according to the National Weather Service's monthly climate reports. This means there were far fewer days during the year with snow on the ground. Between February 2014 and November 2015, no single month accumulated more snow than the amount that hit D.C. on Medina's day of study.