Libertarians on the Rise 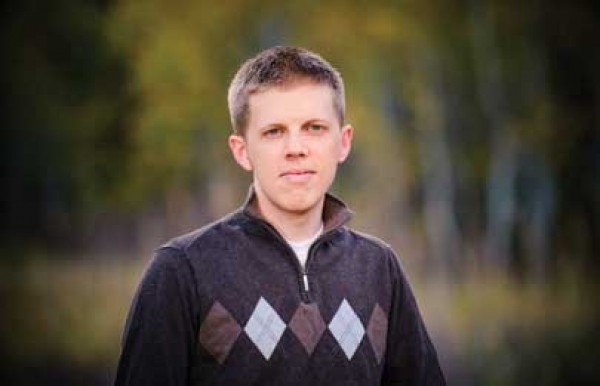 In a state dominated by Republican politics, the minority party may be the Democrats, but the runner up in ideology has to be libertarianism, whose followers take Republicans’ distrust of big government and apply it to all scenarios. Not only do libertarians not like government interfering in the market, they also don’t like government interfering in people’s private lives—even if that means having to support legalized marijuana, gay marriage and other controversial views that send traditional Republicans running in the other direction.


Because of such baggage, most Libertarian political candidates are perennial third-party participants throughout the country and in Utah. Now, libertarian activist Connor Boyack has created a libertarian think tank to push libertarian ideas and policies—as opposed to Libertarian candidates—in government and the Legislature. He’s also flanked by a newly formed nonprofit law firm that plans to lobby elected officials on libertarian principles and take the government to court if necessary.


Boyack sees his libertas Institute think tank as being one that can unite consensus support around ideas—ideas that may be proposed by Republicans or Democrats.


“You can’t put libertarians into a box,” Boyack says. “And that’s a good thing for us because it makes it so we can work with who we want”—such as Republicans on free-market issues and Democrats on social issues.


The institute already plans to host educational events and is holding an essay contest on its website, libertasUtah.org. The website also features scorecards for legislators for the past three sessions, rating them on how well their votes align with individual liberty.


Paul Mero, executive director of conservative think tank the Sutherland Institute—which has, in the past, lobbied for such issues as compassionate immigration reform and for not allowing state discrimination protections for LGBT Utahns—doubts that a libertarian think tank will have much more traction than a Libertarian candidate. Mero says libertarian ideology just doesn’t mesh with the values of everyday Utahns, although Boyack has made a favorable reputation for himself as a libertarian and a member of The Church of Jesus Christ of Latter-day Saints, having written two books—Latter-Day liberty and Latter-day Responsibility—about libertarianism and Mormonism.


While Mero says that libertarians believe “80 to 90 percent” of the same things that conservatives do, he says, “If you go to their website, my guess is you won’t find on the front page this disclosure that: ‘Oh, by the way, as Mormon libertarians, we also support the legalization of drugs, prostitution, gambling and we favor gay marriage.’ ”


But the libertas Institute doesn’t have to champion every value of every libertarian. That’s part of the reason Boyack believes the organization can be an effective lobby for liberty, as it can get behind individual laws, policies and ideas instead of trying to push candidates for office.


“Unlike a candidate that can get in trouble for having an [unpopular] position, think tanks don’t necessarily have to do that,” says University of Utah political-science professor Matthew Burbank. “They’re not running for public office, so they don’t have to take positions on things if they don’t think it’s in their political interest.”


Boyack hopes the institute can combat the stigma of libertarians as being pot smokers and atheists and show that Utahns should support libertarian policies if they support liberty. Boyack also hopes the think tank, beyond just defending libertarian principles, can “go on the offensive” for liberty.


“To the extent a conservative legislator says he supports the free markets and then, once he’s in office, votes to uphold the state’s ownership and regulatory control over alcohol—these and so many other things are violations of the free market,” Boyack says. “And one of many things we’ll be doing is pointing out to people that hypocrisy.”


While Boyack has written books and been a vocal activist for a libertarian position in Utah politics, he says he created the libertas Institute as a means to provide a voice for Utahns that would be self-sustaining and would eclipse his personal activism. To that end, he has drawn support from local business leaders who staff the institute’s board of trustees, including John Pestana—co-founder of Omniture, the successful Orem-based tech company that was sold to Adobe in 2009.


Boyack believes Utahns are moving more toward libertarianism after enduring more than a decade of big-government policies from costly wars during the Bush administration as well as the Obama administration’s failure to shut down Guantanamo Bay and the use of warrantless wiretaps.


Mero says the rise of libertarian groups is a result of Tea Party supporters looking to stay active after having little impact in the recent GOP primary elections. The libertas Institute, he says, would be better off lobbying than simply educating on the virtues of libertarianism.


“There’s this anger left over among Republican delegates who sided with the Tea Party, and I think they look at the Sutherland Institute and say, ‘Well, you’re not angry enough,’ or, ‘You’re not swinging a baseball bat like we want you to,’ ” Mero says. “So we’re not meeting their needs in the marketplace.”


Patrick Powers is president of the Utah liberty Institute, a newly formed organization that wants to challenge government overreach. His nonprofit law firm officially launched in March with the help of partners such as Utah Tea Party organizer Darcy Van Orden.


Patrick says that while Boyack’s think tank will provide educational resources, he envisions his own institute to “be more of the action side of things.” The law firm plans to raise funds to employ full-time “liberty lobbyists” to advocate on the Hill and to engage grass-roots support among communities fed up with government overreach. The group also plans to collect funds to sue the government if the law firm feels it’s overstepped its bounds. Powers also hopes the institute can engage citizens who may not be aware of how invasive even a city government can be. As a member of the LDS Church himself, Powers points out the “absolute insanity” of a city like Highland, which has restricted businesses from being open on Sunday, which he sees as an unfair extension of the LDS culture.


“If we can find 20 people to say that it’s not the proper role of the government to restrict people’s shopping choices, then we can empower them,” Powers says.


Powers believes his liberty Institute law firm can shake things up in Utah and do so without alienating voters by not necessarily trying to sell them on the 10 percent or so of libertarian beliefs that tend to unnerve traditional Utah conservatives. More than anything, he thinks the institute can be a watchdog with bite, one that will latch on when it feels that Utah’s government lends its power to special interests by bending over backward to attract special businesses to the state, or protecting groups like state
cosmetologists—the group, he recalls with disgust, that helped kill legislation in the 2011 session that would have allowed unlicensed hair braiders to ply their trade.


“We don’t want government in bed with private business,” Powers says. “Because then everyone gets screwed.