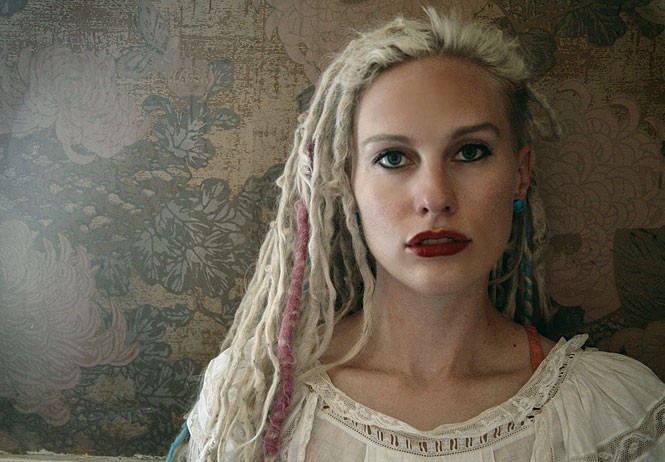 A musician can be their own worst enemy when trying to perfect their sound and record a monumental album. The versatile Lindsay Heath learned that lesson firsthand during the past four years while composing her orchestral-rock album Holy Medicine.

The Salt Lake City-based musician has had a lengthy career, having been part of dozens of acts since 2002 including Natural Graffiti, The Middle Digits and Redd Tape. Her solo work began in 2007 under the moniker Kid Madusa, and she recorded her 2008 EP, We Are Drodna, with a series of talented local musicians. That project evolved into the Lindsay Heath Orchestra in 2009, when she incorporated classically trained musicians to bring out the best in her lengthy compositions.

Heath released a self-titled album in late 2010 before starting work on what would become Holy Medicine, but the road to recording it would take many turns before the album was completed.

"After recording the first song on the record, I lacked the funds to get back into the studio for about a year," Heath says. "Once I had the money, I fell into a long and deep depression. I lost motivation and allowed far too much time to pass."

But fueled by the personal and monetary support from her partner, D'ana Baptiste, Heath "began to come out of the dark," she says. She composed and re-recorded Holy Medicine over the next three years. "I worked and reworked every song on the album," she says.

She eventually engineered the tracks with producer/guitarist Mike Sasich at his Man Vs. Music studio in small sessions, working with a who's-who of local musicians including Kim Pack (SubRosa), Cache Tolman (Rival Schools) and Brian Kubarycz (Totem & Taboo).

The finished Holy Medicine sounds like what a classically trained musician with a love for Nirvana would create: a collection of emotional rock-infused ballads enhanced with orchestral compositions.

Listeners are lucky to hear the 12-track album at all. "I could have held onto these songs forever, editing and altering till the end of time," Heath says. "My goal was to eventually listen to the record without feeling anxiety. I'm just a perfectionist, and I don't know that I'll ever feel that any of my compositions are complete, but I feel that the songs on this album are the closest I've come thus far."