Politicos gear up for 2014 Legislature 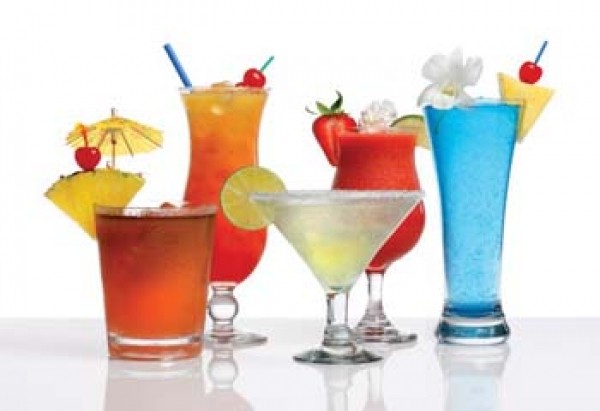 After House Speaker Becky Lockhart, R-Provo, brought down the gavel and concluded the 2013 Legislature, she spent time complimenting or roasting various lawmakers for their work in the session, including Rep. Ryan Wilcox, R-Ogden, who unsuccessfully sought to change the law to allow for the removal of Zion Walls that shield restaurant patrons from having to watch people pour alcohol and mix drinks.

Lockhart applauded the effort but lamented that the “stake presidents—I mean senators” in the other house didn’t go for it. The joke was a crowd-pleaser in the House, but regardless of the fact that a growing number of representatives are looking to water down some of the state’s restrictive liquor laws, the Senate’s still not taking alcohol policy as a laughing matter.

While there are some reforms percolating that would loosen drinking restrictions—like undoing the pesky “intent to dine” rule that requires restaurant-goers to always order food to get a drink—there are also stricter plans being formulated by groups like The Sutherland Institute, a conservative think tank, including one to recommend that Utah lower the legal blood-alcohol limit from .08 to .05, making it the lowest in the country.

Low Blow
While the idea doesn’t have a sponsor— yet—the Sutherland Institute has pitched the public and the Legislature on the idea of lowering the legally allowed blood-alcohol limit from .08 to .05.

“The point is that liquor kills people,” says Derek Monson, policy director for The Sutherland Institute. “It’s a drug, that’s just what it is, so while we’re not gonna go outlaw it or anything, we shouldn’t also ignore the fact that it has detrimental health impacts.”

Monson points out that countries like Australia that have lowered the legally allowed blood-alcohol concentration from .08 to .05 have seen significant reductions in drunken-driving fatalities. According to a May 2013 report by the U.S. National Transportation Safety Board, drunken-driving fatalities decreased by 18 percent in one Australian state after it lowered its legal limit to .05.

The problem is, according to DABC spokeswoman Vickie Ashby, that each individual restaurant still has to pay for individual licenses, even if the chain has a master license in the state.

Essentially, the so-called reform may not actually be economically viable for chains. Currently, there are 15 full-service and 17 limited-service restaurant licenses available. If the license quota is met and a chain of five restaurants were to want to expand, paying for a $10,000 master license would put four licenses back into the available pool. But the chain would still have to pay for the individual license fees.

Drink & Dine
Julie Wilson, food & beverage director at Deer Valley Resort and member of the DABC Advisory Board, told the Legislature’s July Interim Committee that “intent to dine” regulations were damaging to the restaurant business. According to the regulation, diners can’t have just alcohol at a restaurant, and servers must question diners to make sure they are going to order food before they can serve them alcohol.

“We feel there is an obvious understanding that our guests are there to dine, and we feel the need to get verbal confirmation is very awkward,” Wilson told the committee, saying that most patrons of her resort make dinner reservations before arriving at the restaurants.

She also made the recommendation that the “intent to dine” rule be done away with entirely for restaurants. Current law already requires restaurants to maintain a ratio of 70 percent food sales to 30 percent alcohol sales, which, Wilson points out, keeps restaurants from selling too much alcohol.

“I think we can accomplish this if we have the right food-to-alcohol ratio,” Wilson testified. “So that way, restaurants aren’t becoming bars.”

The Wall Between Cultures
In the 2013 Legislature, Rep. Ryan Wilcox, R-Ogden, proposed doing away with what are known as Zion Walls, the partitions that shield restaurant-goers from viewing drinks being poured and prepared. Wilcox had begun studying the impact Zion Walls have had on preventing underage drinking since 2012, only to discover that there was no evidence at all of a link.

Regardless, the law got cut off as soon as it hit the Senate. Sen. John Valentine, the senate’s point person on alcohol policy, dubbed the “liquor professor” by colleagues, says his position on the wall has not changed. He says compromise on the issue isn’t merited, by the simple fact that the Zion Wall and other elements of Utah’s liquor laws were kept in place as part of a 2009 compromise that allowed for the Legislature to dispense with requiring that bars and clubs be “private clubs” that required memberships.

Valentine says the wall is just the most notable of four elements in Utah’s public policy that separates the drinking culture of a bar from the dining culture of a restaurant, and that groups and lawmakers are currently suggesting other reforms to address the other distinguishing factors.

“The statutory method of differentiating a bar from a restaurant is now being attacked on all four fronts,” Valentine says.

He says that groups are looking to have restaurant hours match bar hours, and that, along with advocates like Wilson suggesting removing the “intent to dine” restriction, another group has advocated that beer not count as part of the 70-to-30 ratio in alcohol-to-food sales.

But regardless, more lawmakers in the House are expected to press the issue again in the next session as a matter of adhering to true free-market principles that aren’t suffocating the restaurant industry.

For Connor Boyack, founder of the libertarian-based Libertas Institute, the problem isn’t bars becoming restaurants; it’s government even thinking it’s their job to make that distinction in the marketplace.

“Utah’s arcane alcohol laws are often criticized for being a burden on businesses. More importantly, however, they are a violation of free enterprise and an illegitimate imposition upon consenting adults,” Boyack writes via e-mail. “Elected officials should focus on protecting people’s lives, liberty and property—not using the heavy hand of government in a culture war over people’s perceptions between restaurants and bars.”