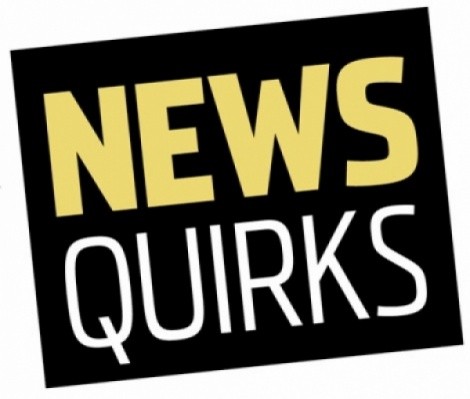 Curses, Foiled Again
Randy King, 53, admitted stealing an antique wrought-iron fence from a house in Duluth, Minn., after police confronted him with the evidence: the fence itself, which King had installed around his own house, a few blocks away. Officers came looking for him because the victim told them King had tried to buy her fence the month before. (Duluth News Tribune)

• Police arriving on the scene of a hotel robbery in Lewiston, Idaho, needed mere minutes to track down suspect Donald Mosley Jr., 40. He was next door, at a bar named The Alibi. (Lewiston Tribune)

Holy Melee
Followers of two rival Muslim leaders who were observing one of Islam’s most important holidays by sharing a mosque in Pakistan’s Baluchistan province began arguing over which faction should lead the prayers. They pulled out weapons and started shooting, Khuzdar district police official Javed Ahmed reported, wounding 18 people. (Associated Press)

Enemies List
John D. Gilliand appeared in court in Alachua County, Fla., asking for restraining orders against former University of Florida quarterback Tim Tebow, President Barack Obama and Jesus Christ. He explained that he feels threatened by them and made reference to their being part of gangs or making gang symbols at him. When the court denied his petitions, Gilliand promptly filed a supplemental affidavit asking the court to reconsider a restraining order against Tebow and Obama but not Jesus. (Orlando Sentinel)

Litigation Nation
Chadwick St.-OHarra, 59, and Steve Righetti, 59, filed a lawsuit in small claims court against a restaurant in Marin County, Calif., accusing it of ruining Righetti’s birthday dinner by serving “exploding” escargots. The plaintiffs allege that when they pierced the snails with cocktail forks, hot garlic butter sprayed on their faces and polo shirts. “I was humiliated,” Righetti declared, conceding that the friends finished their surf-and-turf dinner before deciding to file a claim against the Seafood Peddler. St.-OHarra said he and Righetti wouldn’t have sued if restaurant employees had shown sufficient remorse. “It was the indifference,” St.-OHarra said. “It was the friggin’ rudeness.” (Marin Independent Journal)

• Cleveland’s Tim and Mary Katherine Gann sued their local Steak ’n Shake, claiming that when their son ordered chili, a restaurant employee asked him if he’d like hot sauce, then served him “Blair’s Mega Death Sauce,” which is reputed to be 500 times hotter than a jalapeno. After eating some with his chili, the boy broke out in hives, had difficulty breathing and suffered severe pain and inflammation of his digestive system, including his mouth and throat that required hospitalization. (Cleveland Daily Banner)

• Two Florida restaurants are suing each other, each claiming only it uses water with an authentic New York City taste. The Original Brooklyn Water Bagel Co. in Delray Beach accused Mamma Mia’s Trattoria & Brick Oven Pizzeria in Lake Worth of stealing the water-filtration process it developed to “Brooklynize” water for its bagels and pizza. Mamma Mia’s insisted that the bagel place is illegally claiming to have patented the filtering process. (United Press International)

Guilty Consciences
When Franklin, N.J., became the 25th city to host the national Fugitive Safe Surrender program, where people wanted for nonviolent crimes, such as traffic violations and minor drug charges, give themselves up in exchange for receiving favorable treatment, 550 of the 3,901 people who turned themselves in weren’t wanted for anything. “For some people, this seemed to be a way to check: Do I have a warrant or not?” state parole board official Neal Buccino said. “Or maybe some people didn’t know they had a case dismissed.” (Newark’s The Star-Ledger)

Compiled from the nation’s press by Roland Sweet. Authentication on demand.