Dweezil Zappa—son of the legendary eccentric musician Frank Zappa, who died in 1994—is touring with a show that serves as a tribute to his father, called Zappa Plays Zappa, for the 40th anniversary of the album One Size Fits All. The 1975 rock release was the 10th and final one from the jam band Frank Zappa and & Mothers of Invention, full of psychedelic rock, with an emphasis on guitar riffs that sound as if they would fit as well in a jazz improvisation band as in a prog-rock set. Several of the lyrics are humorous (for example, from "Po-Jama People": "They all got flannel up 'n down 'em/ A little trap-door back around 'em/ An' some cozy little footies on their mind"). Tracks are lengthy, and melodies are treated as if they are tangible; riffs are flipped, stretched out and sped up. Dweezil channels his father accurately; he lowers his voice and uses the same growl on his occasional vocals, and he took two years off to learn the music and his dad's characteristic playing style. Before the show, Zappa will hold a 75-minute guitar master class to share his knowledge of those guitar concepts and unconventional styles. The Depot, 400 W. South Temple, April 24, 9 p.m., $23 in advance, $29 day of show, DepotSLC.com


Knowing that a band formed in a church may lead to assumptions about its musical stylings: maybe some Gregorian chants, maybe some Christian rock. The sound of Coasts, conceived in the crypt of a church in Bristol, England, relates more to the architecture of medieval European churches than the message preached inside: vast, with a tinge of darkness to their quick-paced rock. Still a relatively new band to recording, they are touring their newest release, Modern Love, a mellow single about a love that is doomed to fade away, and will release their first full-length album this summer. They signed to Capitol Records this year, and this is the first stateside tour for the band (which includes performances at both Coachella and Lollapalooza). Arizona pop artist Zella Day and Provo rock band VanLadyLove open. The Complex, 536 W. 100 South, April 24, 7:30 p.m., $13, TheComplexSLC.com 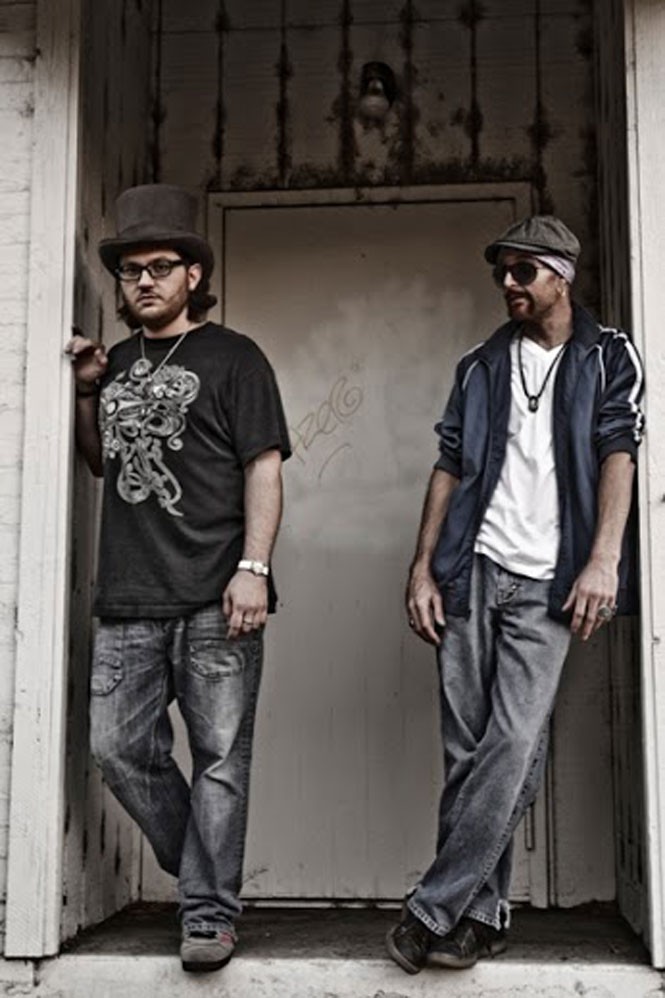 
The newest installment from electronic duo BoomBox, Filling in the Color, is a funky, '70s-influenced haze-pop record. Russ "the Captain" Randolph and Zion Rock Godchaux, from the river city Muscle Shoals, Ala.—famous for its mention in "Sweet Home Alabama," when Lynyrd Skynyrd sang "Muscle Shoals has got the Swampers"—play a deep, vintage-psychedelic version of electronic dance music. They take their time introducing and teasing smooth melodies into soulful blues tracks with bass and trumpets. Filling in the Color is the third album from BoomBox, and has more of the laid-back groove they introduced in the first two albums. The signature beats sometimes take a back seat to more trance-like and smoky jazz rhythms, as in "Dream" and "Like a Feather." For the fans who need something to tide them over until the live performance, download the re-release of BoomBox's remix of Tupac Shakur's "Changes." Mikey Thunder, a solo artist from Denver who busts out bass-driven electro-funk, is joining them on tour. The State Room, 638 S. State, April 24, 9 p.m., $18, TheStateRoomSLC.com


A cool, blue Canadian breeze will soon blow in from the north in the form of an indie band called Seoul. The trio from Montreal play atmospheric and somewhat drowsy sounds. Three tracks, "Stay With Us," "The Line" and "How We Feel" have been sequentially released over the past six months as teasers of their debut LP, I Became a Shade, which is due out on June 9. If those songs are accurate indicators of what is to come, the album will span the spectrum from sensual R&B with breathy vocals to dreamy, melodic indie-pop (at about half the pace of a mainstream pop song). The music video for "Stay With Us" is spare, detail-oriented and slow; even the scene in a nightclub is in slow motion, which parallels the band's tracks, which could have passed for dance music had they not been beautifully slowed down. The flowing, glossy indie music of Ballet School—currently based in Berlin, but all three in the trio are expatriates from Ireland, Brazil and England, respectively—has been captured on their first full-length album titled The Dew Lasts an Hour. The album is ethereal and ambient, with a bit of sparkly pop showing up in some tracks. The band has been together since 2011, but this release is their first LP, following up 2014's similarly experimental and dreamy EP, Boys Again. Kilby Court, 741 S. 330 West, April 27, 7 p.m., $10 in advance, $12 day of show, KilbyCourt.com

JMSN
A Detroit native now relocated to Los Angeles, JMSN—pronounced Jameson, the moniker of Christian Berishaj—has the voice of a pop singer, but sings about pain and heartbreak over experimental soul instrumental tracks. That his voice sounds poppier than most R&B/soul singers is appropriate; he has gone through several incarnations. Before his work as JMSN, he fronted a pop band called Love Arcade for three years. He has also performed as Christian TV (a faster-paced, slightly raunchier pop-R&B sound) and worked on rap albums; his is the high-pitched harmony on multiple tracks from Kendrick Lamar's album, Good Kid m.A.A.d. City, and he joined Ab-Soul in another side project (initially planned as an album, Unit 6, but which ended up as one catchy track, "You're Gone"). Now, as JMSN, he has released three albums—his most recent a self-titled and self-produced LP that is mellow, foggy and atmospheric. The album (full title JMSN(Blue Album)) was released on his own label, White Room Records, and shows off his smooth, classic Motown voice. At the same time, he punctuates several of the tracks with chopped samples of his own voice. Bar Deluxe, 666 S. State St., April 27, 8 p.m., $10, BarDeluxeSLC.com

Tennis
Tennis is a couple, both in their indie-rock musical venture and in life (guitarist/keyboardist Patrick Riley and singer/keyboardist Alaina Moore are married). Their playful third album, Ritual in Repeat, is a calm record with a subtle pop influence. The album is sweet, similar to their first, Cape Dory, which they wrote as a way to document a seven-month sailboat trip. But instead of songs about birds and bays, the new album addresses loneliness and relationships. They are joined by The Shilohs and Kuroma. Urban Lounge, 241 S. 500 East, April 28, 9 p.m., $12 in advance, $14 day of show, TheUrbanLoungeSLC.com