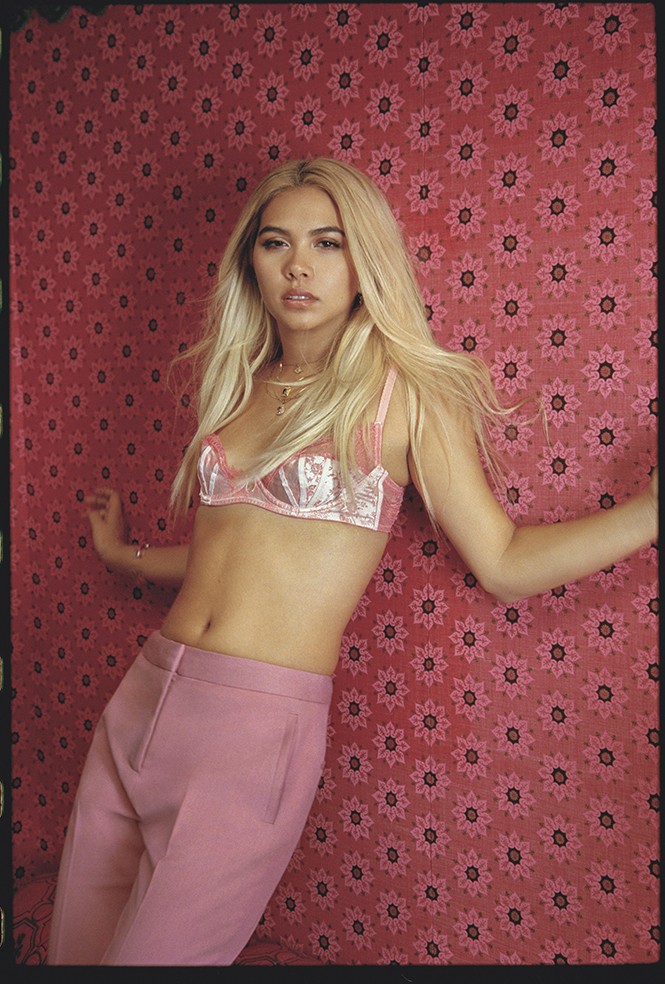 FRIDAY 4/27
Hayley Kiyoko, Jess Kent
It's easy to mock the "Disney Channel to pop stardom" pipeline, but it's hard to deny the results from Miley Cyrus to Zendaya to Sabrina Carpenter. Technically speaking, of course, Hayley Kiyoko was on her way to fame in the music industry before she hit the small screen for the Mouse House, when she was a teenager as part of the girl group The Stunners and opening for Justin Bieber's 2010 world tour. Then came a recurring role in Wizards of Waverly Place and a part in the cast of the hit Disney Channel original movie Lemonade Mouth, and suddenly Disney had spawned yet another multimedia sensation. Yawn. But slow your roll: Kiyoko has also carved out her own path as an artist, particularly since coming out as gay in 2014. The slinky rhythms of her songs have been attached to titles like "Girls Like Girls" and "Sleepover," with videos (which she directs or co-directs herself) that don't shy away from the same-sex romance. The latest single from her 2018 debut full-length album Expectations, "Curious," even puts a spin on jealous-ex-partner lyrics by having her wonder about a former girlfriend who is now hooking up with a guy. The journey from Disney Channel to an icon that fans have referred to as "Lesbian Jesus" isn't exactly a conventional one. (Scott Renshaw) The Depot, 13 N. 400 West, 7 p.m., $20-$25, all ages, depotslc.com

SATURDAY 4/28
Indigenous, Tony Holiday & The Velvetones
Although it isn't always apparent in today's politically divisive environment, immigrants and indigenous peoples sometimes share similar obstacles. Immigrants face challenges related to assimilating into a new country and culture, while Native Americans—who have lived here for centuries—have been the victims of discrimination, the loss of their lands and the inability to earn their livelihoods. Mato Nanji, leader of the band that aptly calls itself Indigenous, was raised on an Indian reservation in South Dakota, and experienced firsthand the difficulties his people faced while trying to succeed in mainstream American society. Nanji chose to make music his mission like his father—a tribe spokesman and spiritual advisor—did before him. Over the past 20 years, he's recorded a series of well-received albums, played with any number of notable musicians, and earned accolades and a devout following in the process. He's performed as part of the Experience Hendrix tribute tours, and subsequently established his own stellar foundation based in the blues. For their part, Tony Holiday & The Velvetones have etched an impressive reputation of their own, both here and abroad, and recently ascended to the semi-finals at this year's International Blues Challenge in Memphis. The combination of these two bands ought to ensure an ideal evening of inclusion. (Lee Zimmerman) The State Room, 638 S. State, 9 p.m., $20 (21 and over), thestateroomslc.com

SUNDAY 4/29
of Montreal
of Montreal is one of those singular bands that seems to defy description. Despite a wealth of releases and more than 20 years of plying their craft, their M.O. has yet to find any particular focus. Never mind the fact that they're not actually "of Montreal" at all, but rather residents of Atlanta, Ga. The band's leader, Kevin Barnes, claims to have chosen the name following a romantic break-up with a woman who was—what else?—of Montreal. Granted, we had hoped for a bit more mystique, but we're still happy to settle for a sound that continually keeps us guessing, one that embraces a stylish pop pastiche and an ample infusion of indie attitude. While funk and punk are the obvious basic components, the overall sound is largely experimental, with danceable rhythms and a giddy sensibility. Relying on a percolating pulse to sweep things along, they offer echoes of the B-52's, Talking Heads, Sparks and any number of other New Wave outfits that introduced themselves to the world via MTV circa the early 1980s. They don't demand to be taken seriously, but audiences can be otherwise assured that their show will be satisfying and amusing. Still trying to pin them down? Start by noting that they're also odd and eccentric. (LZ) The Urban Lounge, 241 S. 500 East, 8 p.m. $20 (21 and over), theurbanloungeslc.com 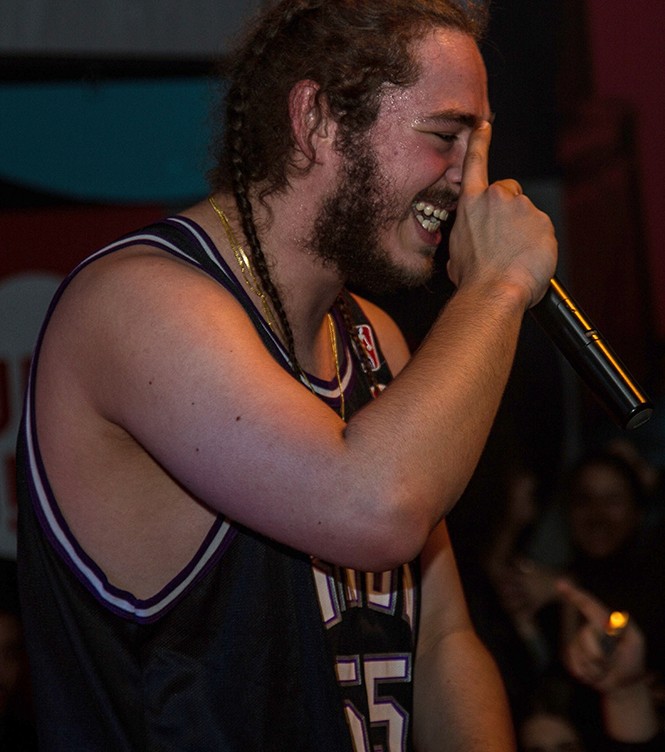 TUESDAY 5/1
Post Malone, 21 Savage
The world was introduced to the singer, rapper, songwriter and producer known as Post Malone through his 2015 single, "White Iverson." The song drew about a million streams in the month after he independently posted it to SoundCloud, almost immediately drawing attention from major record labels. Post Malone (real name Austin Richard Post) then signed with New York's Republic Records, and promptly released his first album, the appropriately-titled Stoney. But "White Iverson" wasn't just Post's debut single; it went on to become an unlikely worldwide hit. Barely two-and-half-years after its release, the song has been streamed some 550 million times on YouTube alone. And that wasn't all: He promptly released smash-hit follow-up singles "Congratulations" and "Rockstar, the latter of which spent eight weeks at No. 1 on the Billboard Hot 100 chart last year. Now, with Post's sophomore album Beerbongs & Bentleys due this month, the lead single "Psycho" is the No. 3 song in the country. Post is also fresh off a victorious debut set at the Coachella Valley Music and Arts Festival, where it was clear that, despite his scruffy appearance and so-so singing chops, the 22-year-old has become a legitimate pop superstar. So, why did an innocuous-sounding slow jam like "White Iverson" capture so many listeners in the first place? The song has universal appeal because it speaks universal truth. At its core—beneath the atmospheric synthesizers, drum- machine claps and auto-tuned vocals—"Iverson" is a brilliant commentary on human decay. By focusing on retired NBA star Allen Iverson, Post reminds us that we all fade, even the superstars. Maybe especially the superstars, for whom fame and wealth can appear overnight—as it has for Post—and then dissolve just as quickly. It's a reminder that even the most fundamental aspects of our self-identity will, inevitably, crumble. Also, that beat is dope. (Howard Hardee) Usana Amphitheatre, 5150 Upper Ridge Road, West Valley City, 7:30 p.m., $28.50-$73, usana-amp.com 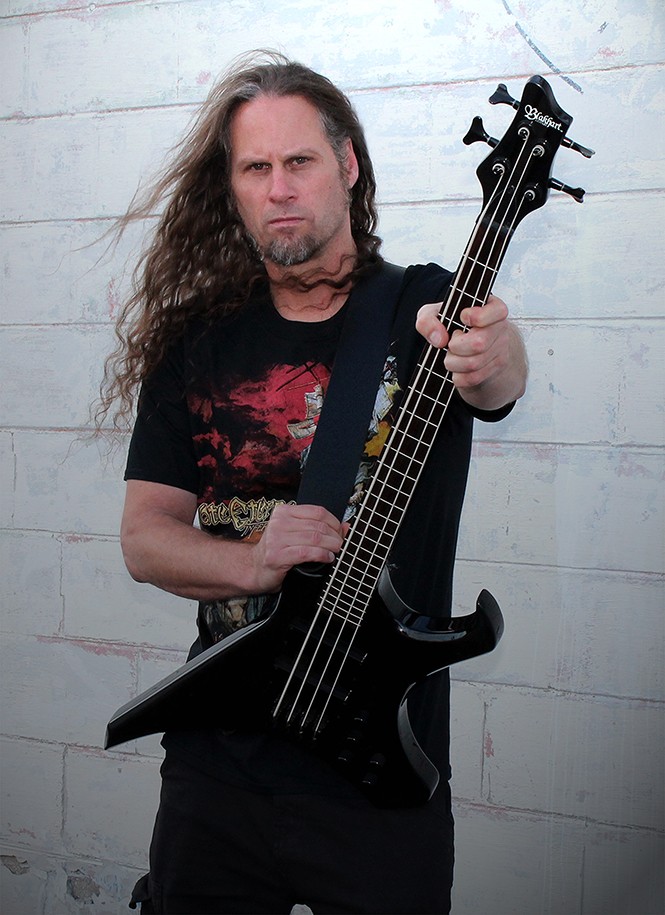 Morbid Angel, Origin
Florida isn't just a state where old folks go to die, or where people get hopped up on bath salts. There's something dark about the Sunshine State—darker than Gov. Rick Scott's hairline. Around the late '80s, Florida became a hub for death/thrash metal. There might've been something in the water at the time that contributed to Morbid Angel's first album, 1989's Altars of Madness, which also drove guitarist Trey Azagthoth to cut himself on stage. Morbid Angel enlisted producer Digby "Dig" Pearson—the "Paul Revere" of extreme music and founder of Earache Records—for their first album, which set a standard in extreme music. While '80s glam rockers donned aqua net hairspray and makeup, Morbid Angel put on razor blades and wrote about Satan rising to power ("Chapel of Ghouls"). The band has stayed resilient through the pop culture storms and the ever changing status-quo for 29 years, now spreading the gospel of their 2017 album "Kingdoms Disdained." It's only proper that Morbid Angel teams up with tech death metal brothers Origin to defiantly grace the Promised Land, (or as they call it in Covenant, the "World of Shit") with their presence. Who knows, maybe Scott is a metalhead. Maybe he and Azagthoth shred arpeggios and dive bombs together in Scott's basement. Who's to say they don't? (Rachelle Fernandez) The Complex, 536 W. 100 South, 6:30 p.m., $24.50, all ages, thecomplexslc.com