by Randy Harward and Howard Hardee

FRIDAY 4/6
The Darkness, Diarrhea Planet
Once upon a time (like 2006-ish), I thought I'd had a perfectly decent interview with Justin Hawkins—only to discover, upon disconnecting, that The Darkness' frontman called his U.K. manager. That manager in turn called their U.K. publicist, who called the U.S. publicist who set up our chat, in order to complain about my use of the word "parody" and try to kill the story. Actually, I said that The Darkness "affectionately spoofed" arena rock from the '70s and '80s. You know, because the band's first albums, Permission to Land (2003) and One Way Ticket to Hell... and Back (2005, Atlantic), were turgid with fist-pumpin' bluesy glam-jams, dripping with droll British humor. The songs contained dick jokes ("Holding My Own"), cracks about STIs ("Growing on Me") and male-pattern baldness ("Bald"). Plus, the band's videos had them hatching from pterodactyl eggs as mustachioed children, shooting lasers from their guitars, prancing around naked, cruising the universe in space-hoopties, fighting crazy creatures and more such antics. Only the stuffiest of English butlers wouldn't laugh—or happily spill five bucks worth of $10 stadium beer saluting the band for its faithful recreation of a classic sound often maligned as bygone. Considering that Hawkins has acknowledged he was marinated in booze and powdering his nose with his royalty payments circa that time period, it's forgivable. Especially because he's 12 years sober now, and a markedly different person. The Darkness is on its third post-reunion album, Pinewood Smile (Cooking Vinyl, 2017), which finds them still churning out epic riffs, fishhook choruses and chuckle fuel, like the line that promises they're "never gonna stop shittin' out solid gold." Garage-punks Diarrhea Planet open. Go figure. (Randy Harward) The Complex, 536 W. 100 South, 7 p.m., $29.50, all ages, thecomplexslc.com 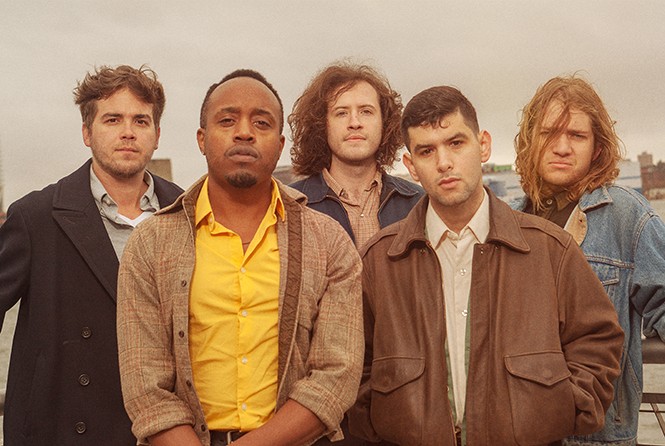 Durand Jones & The Indications
It's possible that Durand Jones just sang about his nuts. Yep. Upon further review of this live version of "Can't Keep My Cool," our judges have determined that the soul singer did, indeed, reference his parts. Quoting from the official transcript: "...talkin' about that love/ yeah, yeah/ that put a fire/ shut up/ in your balls, yeah/ you know how I'm talkin' about?/ you can't keep your cool/ if you feel what I'm sayin', say yeah!" Yeah! The studio version is so sublime, it'll have you swaying absently, wearing a dumb grin. But on the live one, Jones & The Indications' vampy preamble has you laughing like a hyena before you can get all swoony, thinking about whoever makes you lose your composure. The stage rap is an emotional palate cleanser coming off of the urgent "Make a Change" (as in, "Yooou/ got/ tooo/ make a chaaaaa-aaaa-aaaaange!"), another live track from the deluxe version of Durand Jones & The Indications' self-titled debut (Dead Oceans/Colemine, 2017). By the end of that song, you're focused and pumped—ain't nobody got time for daydreams! So the transition to "Cool" is appreciated, not to mention an indication that this Indiana-based band doesn't just play the true notes; they also have impeccable live instincts. (RH) The State Room, 638 S. State, 9 p.m., $16, 21+, thestateroomslc.com 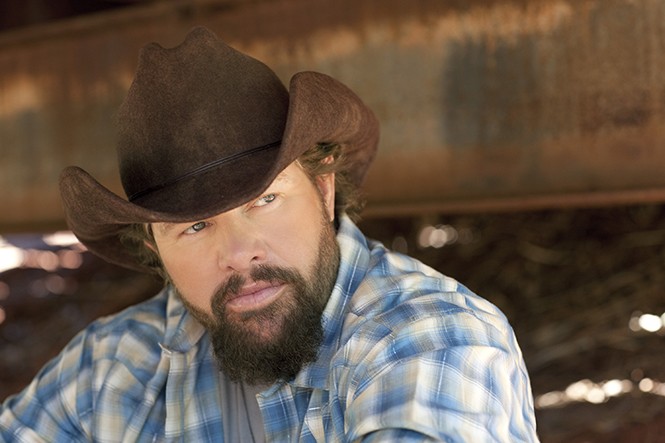 Toby Keith, Ned LeDoux, Krystal Keith & Lance Carpenter
Toby Keith's 22-date tour, kicking off in Salt Lake City on Friday, is aptly named the Should've Been a Cowboy XXV Tour after his debut single—the most-played country song of the '90s, according to CMT. Indeed, the Oklahoma hit-maker also known as the Big Dog Daddy embodies country music. He's spent his decades-spanning career hammering home 'Merican values such as military force, freedom, waving the flag, shooting guns and kicking butts. Some people haven't been impressed with Keith's messages. He famously feuded with the Dixie Chicks over his post-9/11 song "Courtesy of the Red, White and Blue," which carries a clear nationalistic sentiment and includes lyrics such as "'Cause we'll put a boot in your ass/ It's the American way." The Dixie Chicks' lead singer, Natalie Maines, said the song was "ignorant, and it makes country music sound ignorant." Still, there's no denying that lots of people are really, really into it: Keith's put out 18 albums, two Christmas albums, six compilations and had 20 (!) No. 1 country hits. That's a lot of butt-kicking. (Howard Hardee) Vivint Smart Home Arena, 301 W. South Temple, 7:30 p.m., $17-$167, all ages, vivintarena.com 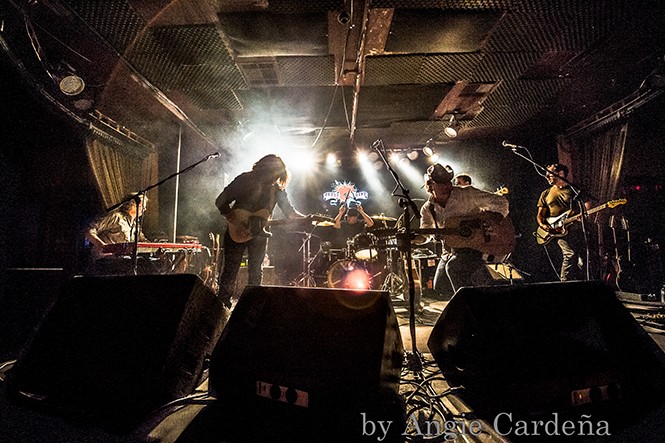 FRIDAY-SATURDAY 4/6-4/7
Petty Theft: San Francisco Tribute to Tom Petty & the Heartbreakers
Of all the puns that tributes to the dearly departed Floridian songsmith Tom Petty could use, this self-deprecating appellation is the best. That's why there are two Petty Thefts, and why this one includes a geographical distinction in their name. Formed in 2003, long before the great TP passed on, PT wears the moniker reverently and irreverently. They know they're playing someone else's music. They're aware of Tom Petty's cultural importance. And they're hip to the fact that, notwithstanding his legend status, a major part of the classic rocker's appeal was that he and his band always came off as regular dudes—just like the characters in Petty's songs, and the everyday people who identify with them. That's why you won't see Petty Theft trying to cop the look onstage, with flaxen Petty or frizzy Mike Campbell wigs, or trying too hard to hit the high notes. Singer-guitarist Dan Durkin "sounds like the current Petty with the lower-register voice, not like the younger Petty," PT guitarist Monroe Grisman told the San Francisco Chronicle in 2015. "He's not wearing a top hat or a blond wig. We don't have a look, but the Heartbreakers don't have a look either, they just dress rock 'n' roll." That approach ensures, fittingly, that the focus is on the songs. (Randy Harward) April 6: O.P. Rockwell, 268 Main, Park City, 9 p.m., $18-$40, oprockwell.com; April 7: The State Room, 638 S. State, 9 p.m., $20, 21+, thestateroomslc.com 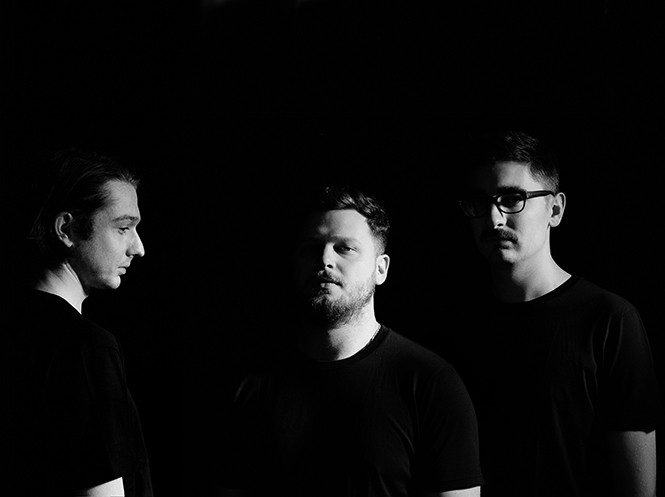 TUESDAY 4/10
Alt-J, Twin Shadow
The experimental rock band Alt-J formed in 2007 by four friends who met at Leeds University in England. They spent years writing and recording their debut album An Awesome Wave, which was released in 2012 to critical acclaim, garnering Britain's prestigious Mercury Prize and lazy comparisons to Radiohead. Now three albums in, Alt-J is known for their haunting, ethereal sound (see "Tessellate," "Fitzpleasure" and "In Cold Blood") and abundant curiosities about the group. For instance, they lifted the lyrics from Maurice Sendak's classic children's book Where The Wild Things Are for their hit single "Breezeblocks." Drummer Thom Sonny Green has no cymbals in his kit, characterizing an unusual playing style far more influenced by electronic music than rock. Frontman Joe Newman's flat-out strange vocal style often borders on incomprehensible (uh, what did he say?). Now playing as a trio following the departure of bassist/guitarist Gwil Sainsbury, the band is on the cutting edge of live music technology. This summer, they'll roll out a 360-degree sound system that makes it seem like noises are coming from every direction, no matter where people are standing in the audience. (HH) The Great Saltair, 12408 W. Saltair Drive, 7 p.m., $52.20 presale; $57.20 day of show, all ages, thesaltair.com