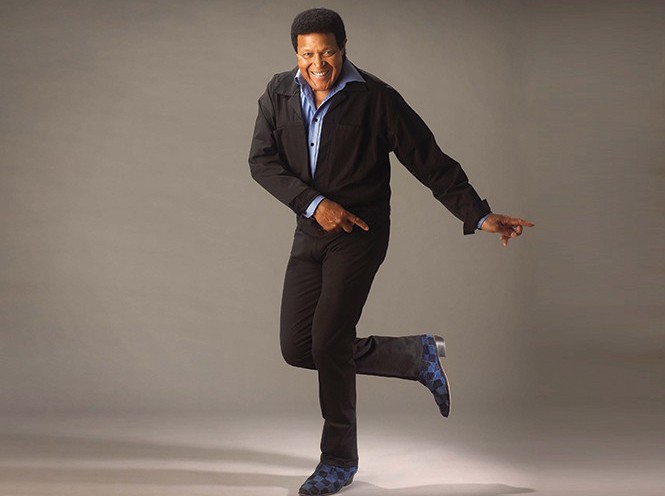 Chubby Checker & The Wildcats
A No. 1 song is any musician's dream. But imagine having the No. 1 song of all time and have it stand for 57 years? Billboard bestowed that honor upon Chubby Checker's version of Hank Ballard's "The Twist" in 2008, and again in 2013. And, when Checker performed the tune with Foghat in Nashville last September, he said the next time Billboard will tabulate its "Hot 100" list is in 2063, meaning the accolade will stand for 105 years. Hear that, songwriters? You all might as well quit now—or take Chubby by his little hand ... and go like this. Yeah, baby, twist! (Randy Harward) The Egyptian Theatre, 328 Main, Park City, Aug. 13-16, 8 p.m.; Sunday 6 p.m., $43-$80, EgyptianTheatreCompany.org 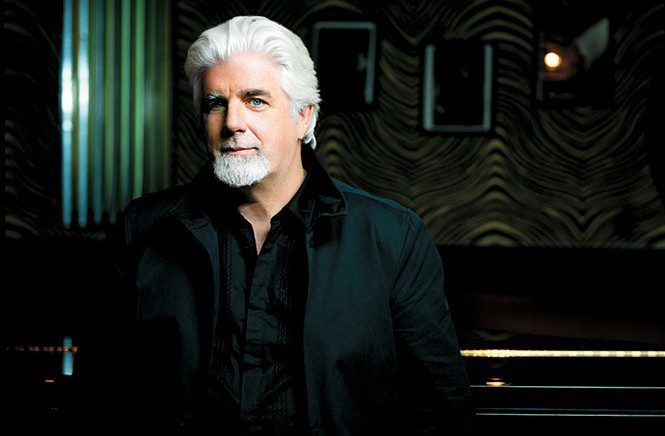 Michael McDonald
If there's a poster boy for blue-eyed soul, it's Michael McDonald. The ultra-smooth crooner whose unique, recognizable voice you know from dozens of feel-good hits from his solo career and with the Doobie Brothers (and, if you're savvy, Steely Dan), is The Man. His pipes, still golden after 45 years, have earned him the respect of critics and fans alike. He's even making new friends via the indie rock world, having contributed alternate lead vocals to Grizzly Bear's 2009 track, "While You Wait for the Others." But the true test of McDonald's significance is that his catalog holds up without anyone invoking "old-school" as a pejorative instead of a credential. With "What A Fool Believes," "I Keep Forgettin'," and "Takin' It to the Streets," McDonald promises a hit-packed set. (Randy Harward) The Depot, 400 W. South Temple, 8 p.m., $41 in advance, $45 day of show; limited tickets available from CWStore.CityWeekly.net, DepotSLC.com 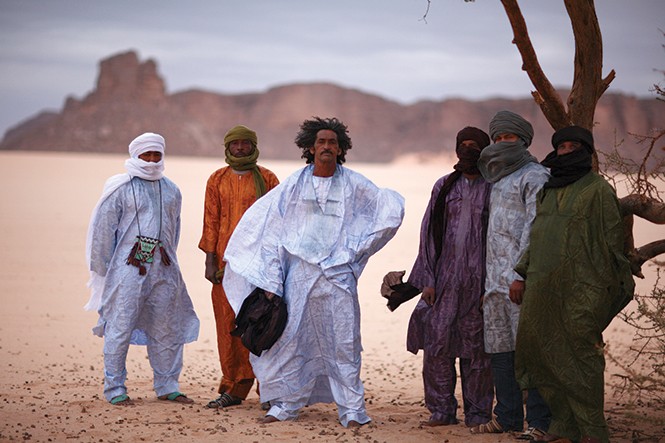 Tinariwen
The "desert blues" group Tinariwen, from Mali, straddling Saharan and Sub-Saharan Africa, have been recording since the early 1980s, but they rose to international prominence in the mid-2000s with Amassakoul and Aman Iman (World Village, 2004 and 2007). Since then, the band has been picked up by the Anti- label and released three more albums—each expanding the band's profile more than the last. The current album, Emmar, is the first to be recorded somewhere other than the Saharan Desert—but still in the desert, since Tinariwen lay down tracks for Emmar in Joshua Tree, Calif. The sound, as on Tinariwen's previous recordings, is a dry, dusty, cinematic blues—not unlike the sound of their labelmates, Calexico. In fact, one might call Tinariwen the Calexico of the Sahara. (Randy Harward) The Urban Lounge, 241 S. 500 East, 8 p.m., $27 in advance, $30 day of show, TheUrbanLoungeSLC.com 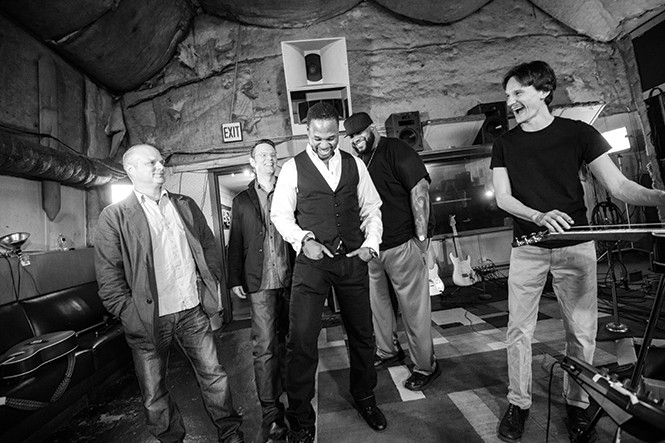 The Word, Lee Fields & The Expressions
The Word took 14 years to follow up their eponymous debut for Ropeadope Records. That's because the supergroup consists of steel-guitar hero Robert Randolph, organist John Medeski (taking a break from his band with Martin and Wood) and all three members of North Mississippi Allstars. So you can see why it might take a while to get back around to The Word, which plays an all-instrumental blend of sacred steel music (essentially, gospel with pedal and lap steel-guitar as the featured instrument), blues and jam rock. It's great for us that they did, though, as the new album, Soul Food (Vanguard), is crammed with some serious jams. Soul singer Lee Fields is also on the bill and, once you hear his James Brown-meets-Otis Redding vox, you'll need a copy of Emma Jean (Truth & Soul). (Randy Harward) Pioneer Park, 350 S. 300 West, 7 p.m., $5 in advance, $10 day of show, TwilightConcerts.com

7 Seconds
O.G. hardcore punks 7 Seconds returned in 2014 with their first album in nine years. Not that they've been that far gone; frontman Kevin Seconds has been plugging away as a singer-songwriter, releasing four albums in the band's absence. Leave a Light On (Rise) stuck to the band's fast-paced (most of the songs clock in at around two minutes), political hardcore sound. "[The new record is] all about the energy and drive we still very much possess as a hardcore band," Seconds said in the original press release. "It's been nine long years since we've recorded a new album, so there's a great deal of urgency in them, with just the right mixture of both fast- and mid-tempo tunes for people to sink their teeth into." Hop on YouTube and stream the album while the presidential candidates quack away on CNN in the background, and you'll see what he means. Success and Bishops Green open. (Randy Harward) Area 51, 451 S. 400 West, 7 p.m., $15 in advance, $18 day of show, Area51SLC.com 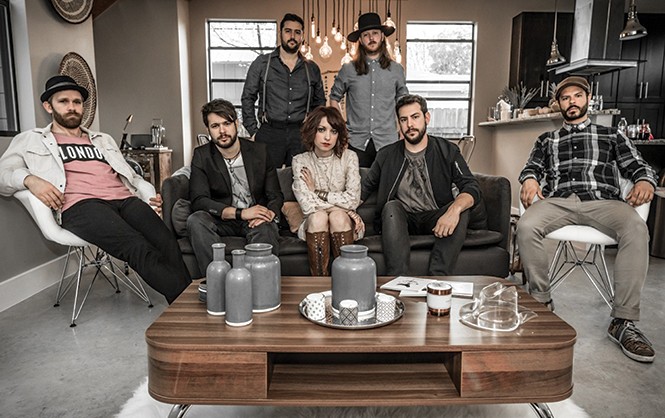 Sister Sparrow & The Dirty Birds
Oh, another soul revival band—how special, right? Someone heard Sharon Jones & the Dap-Kings, and decided to start their own version. Ouch. Insincere snark hurts to write. But when you have a veritable glut of such bands popping up, one of them has to be lame. Right? It happens with every other genre—a hot sound emerges, and so many bandwagoneers grind it into irrelevance. (See: All those indie-folk-Decemberists wannabes, for instance.) But just when you think, maybe, you've found a stinker, you discover Sister Sparrow & the Dirty Birds. A seven-piece group from New York City led by Arleigh Kincheloe, a redheaded spitfire of a vocalist, the band plays "hard soul"—their euphemism for soul rock, a grittier version of the new soul sound. The Weather Below (Party Fowl/Thirty Tigers) is the band's third album, and it's absolutely sublime, a feast of raspy vocals, feel-good brass and meaty—but lean—guitar work. (Randy Harward) Blues, Brews & BBQs Festival, Snowbasin Resort, 3925 Snowbasin Road., Huntsville, 12:30 p.m., free, Snowbasin.com 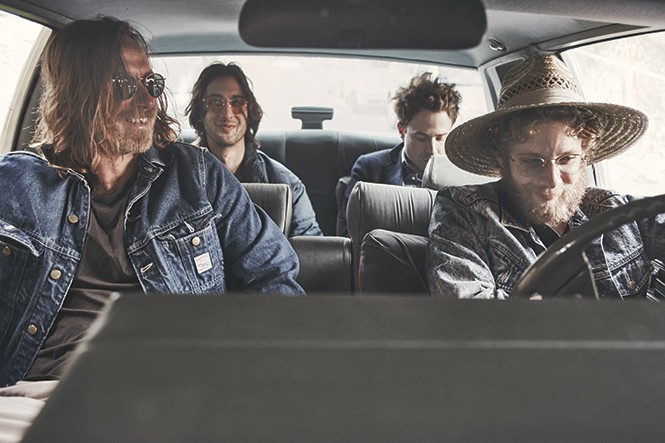 Dawes
Musicians possess a unique power when they can sell out shows without radio play. Los Angeles-based Americana/folk band Dawes' upcoming tour stop in Salt Lake City has yet to sell out, but their gig next month in London sold out weeks ago. Beyond that, they've accrued industry respect, collaborating with artists like The Killers, and Mumford and Sons—all without a radio hit. Dawes' latest LP, All Your Favorite Bands (Hub Records), took a less-structured turn, relying more on live tracking and improvisation to capture the sound of their live performances. At their set, enjoy 10-minute jam sessions and listen for a cover of Billy Joel's "Big Shot." James Vincent McMorrow opens. (Robby Poffenberger) The Depot, 400 W. South Temple, 8 p.m., $26, DepotSLC.com 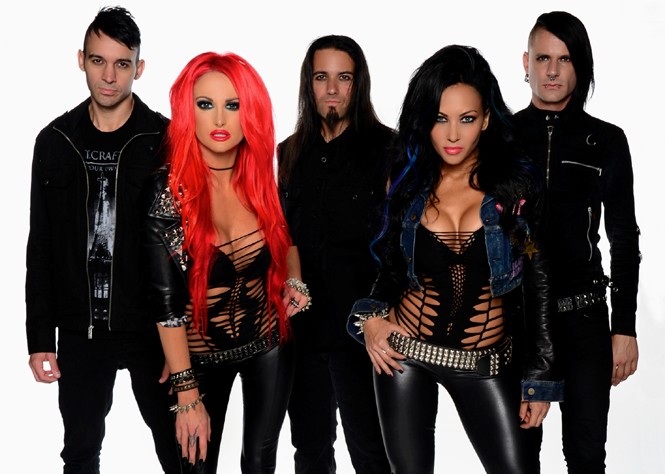 Butcher Babies
This band is catnip for metal dorks. First, they're fronted by two smokin' hot chicks in tight, and sometimes sheer, clothing—and, in videos, they're decked out in awesomely gory F/X makeup. They prowl the stage, pulling off pig squeals and gutturals like champs while occasionally pulling a Wendy O. Williams and wearing only electrical tape on their chests. One of the frontwomen, Carla Harvey, is also a comic-book author (the blaxploitation vampire series Soul Sucka and a band-themed series). It could all be gimmicky crap, but the band's new album Take It Like a Man (Century Media) is chock-fulla skullcrushing riffs and rhythms, and the occasional fist-pumping chorus—you can't help but fall in love. Surely, tonight, somewhere in the pit, there will be lovelorn metalheads in the audience composing proposals. (Randy Harward) The Complex, 536 W. 100 South, 6 p.m., $15, TheComplexSLC.com