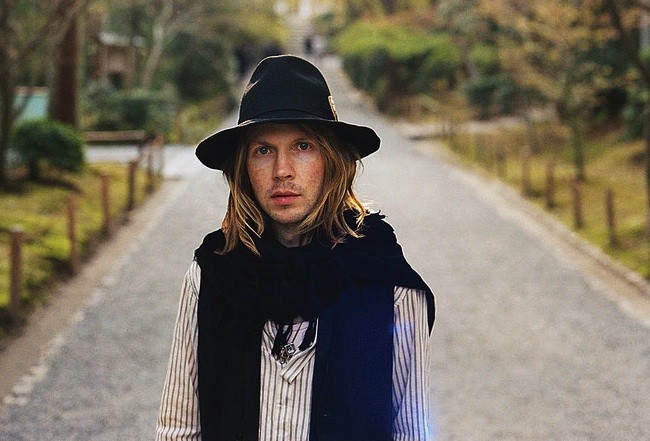 Twilight Concert Series: Beck, Future Islands
Eight years is quite the break to take from releasing new music, but singer-songwriter and multi-instrumentalist Beck wasn't twiddling his thumbs between 2008's Modern Guilt and his relaxed, glowing Morning Phase, which dropped in February. He played producer to Stephen Malkmus, covered several of his favorite artists and even came out with a collection of sheet music titled Song Reader. When it finally came time for the Los Angeles musician to create a bona fide album, he assembled the same group of folks who contributed to 2002's Sea Change, resulting in a sound that's similar to that release in its warm intimacy, but also has its own shimmering orchestral expansiveness. Also on the bill is Baltimore synth-pop group Future Islands, whose latest album, Singles, came out in March. (Kolbie Stonehocker)Pioneer Park, 300 West & 300 South, 7 p.m., $5, TwilightConcertSeries.com

Turnpike Troubadours
The latest album from these Oklahoma country-rockers is masterfully created, a homey blend of twangy guitar and twangier vocals, but it's the lyrics that really make an impact. In an interview with American Songwriter, frontman and songwriter Evan Felker explained that all of the songs on 2012's Goodbye Normal Street are inspired by the lives of "real people"—himself included—and all the disappointments, triumphs and heartache that regular ol' people encounter. From the complicated and often lonely reality of being deployed or having a relative in the military ("Southeastern Son," "Blue Star") to two people wrestling with the consequences of their affair (the excellent duet "Call a Spade a Spade"), Felker has proven he can spin a yarn with insight and sensitivity. Local bluegrass/folk six-piece Six Feet in the Pine will begin the night. (Kolbie Stonehocker)The State Room, 638 S. State, 8 p.m., $18, TheStateRoom.com; limited no-fee tickets available at CityWeeklyStore.com

Cosmonauts
2013's Persona Non Grata, the latest album from California psychedelia/garage-rock band Cosmonauts, doesn't have quite the same wild, fanged bite as 2012's If You Wanna Die Then I Wanna Die—with the killer tracks "Emerald Green" and "Motorcycle #1"—but what it does have plenty of is hazy, drugged-out hypnotism that's poisonously intoxicating and as heavy as swamp ooze. Created with lots of guitar feedback, droning vocals and heavy, thumping percussion, songs like the lurking "Wear Your Hair Like a Weapon" and the meandering "Vanilla" are slow-burning journeys into the weird: part joy ride through a post-apocalyptic landscape, part acid trip in the woods. Also performing are local psych-rockers Super 78, surf-punk/rock band Breakers and Beat Hotel. (Kolbie Stonehocker)The Shred Shed, 60 E. Exchange Place (360 South), 8 p.m., $8 in advance, $10 day of show, ShredShedSLC.com

New City Skyline Album Release
Salt Lake City alt-rock three-piece New City Skyline are known for their powerfully infectious performances. Paul Rampton's vocals are heady and strong as they weave through the striking instrumentation of bassist Devan Brown and drummer Chance Hutchinson, creating a clear and compelling sound resonant of Switchfoot. With lyrics that display a candid attitude toward romance and vulnerability, this is a band that every listener can relate to. Tonight's show celebrates the release of the band's new EP, Collision, which came out Aug. 5. Local folk-rockers Westward the Tide are also on the bill, and DJ Ross K will host the afterparty. (Camri Mecham) The Complex, 536 W. 100 South, 8 p.m., $10, TheComplexSLC.com

Ex-Cult
Sure, at its roots, the musical rumblings produced by Memphis, Tenn., powerhouse Ex-Cult—formerly Sex-Cult—can be labeled as punk. But the fuel that really gives their engine juice is their influences of '60s psychedelia, '70s post-punk and '80s American hardcore, making a sound that kidnaps punk and takes it somewhere spacey, freaky and haunting. Featuring buzzy noise, dark lyrics, distorted surf guitar, and vocal effects that begin and then fade into the ether, Ex-Cult's latest album, Midnight Passenger—released in April—showcases the band's wild energy as well as the production expertise of prolific garage-rocker Ty Segall; the band recorded impressive single "Ties You Up" with him at his home studio. Also on the bill are fellow Segall protégés Zig Zags, as well as local punk acts Swamp Ravens and The Nods. (Kolbie Stonehocker)Kilby Court, 741 S. Kilby Court (330 West), 8 p.m., $8, KilbyCourt.com; limited no-fee tickets available at CityWeeklyStore.com

The Coathangers
All-girl alternative-rock trio The Coathangers formed as a joke in 2006 during a house show in their hometown of Atlanta. But what began as a joke must've stuck, because Minnie, Crook Kid and Rusty Coathanger released their fourth studio album, Suck My Shirt, in March. The record boasts fast and heavy guitar riffs, harsh and angry vocals, and aptly titled songs (including "Adderall," "Shut Up" and "Dead Battery"), making it one hell of a new-wave punk album. White Fang and Breakers are set to open the show. (Natalee Wilding) The Urban Lounge, 241 S. 500 East, 9 p.m., free, TheUrbanLounge.com

Ziggy Marley
When you're a touring musician, it must be hard to have a famous musician for a parent; in the case of Ziggy Marley, well, that is one enormous, legendary shadow to try and get out from under. This Marley has taken the recognition that being the eldest son of Bob and Rita Marley has given him and pursued a multi-faceted and successful career of his own. He's won five Grammys, written a comic book called Marijuanaman, sang the Arthur theme song, performed on Sesame Street with his band the Melody Makers and is an involved activist. But that's not to say the spirit of his dad doesn't live on inside of him, at least a little bit: Ziggy's voice is uncannily close to Bob's, and he embraces many of the same ideas of rising above a banal mindset and making a difference in the world, as heard on his latest album, Fly Rasta, released in April. (Kolbie Stonehocker)The Depot, 400 W. South Temple, 9 p.m., $33.50 in advance, $35 day of show, TheDepotSLC.com